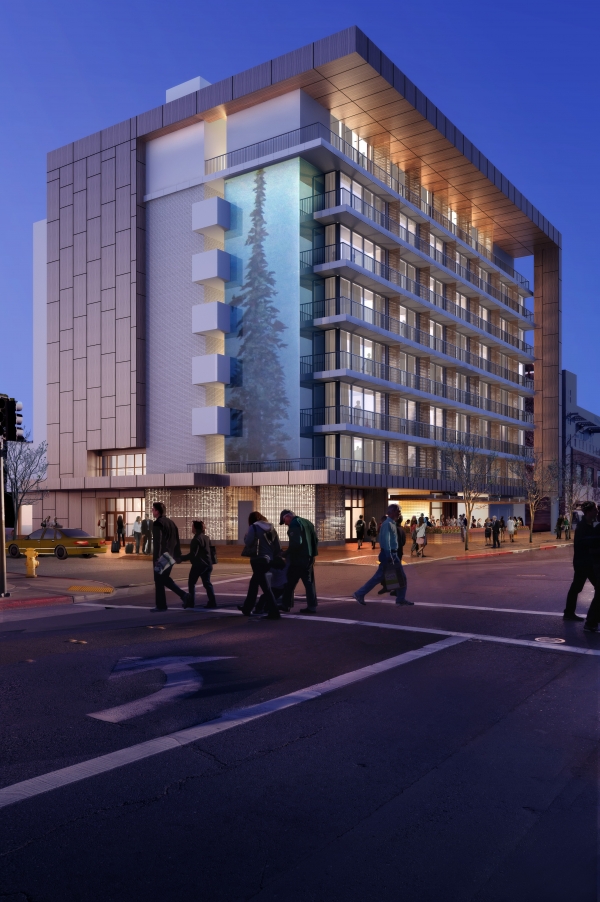 A rendering of The Epiphany Hotel, with Lure + Till's outdoor area on Hamilton Avenue. Courtesy of Glodow Nead.

"As a small town guy, I could not be more excited to bring Lure + Till to Palo Alto, where I am continually amazed by the intelligence and creative energy found within one neighborhood," Kelly stated in a press release. "I look forward to taking advantage of our proximity to the freshest ingredients and artisanal purveyors to bring a dynamic dining experience to this tight-knit community."

Lure + Till will bring farm-to-table Northern California cuisine to the downtown corridor with house-made cheeses, preserves and pastas, plus a dry-aged beef program. (As the restaurant name implies, the concept is about an agricultural return to roots.) A dessert menu will feature items like seasonally inspired ice creams and sorbets.

Perhaps, though, what will most set Lure + Till apart from the downtown pack is a craft cocktail program created by San Francisco cocktail whisperer Carlos Yturria. The menu will feature house-made tonics and sodas, plus "experimental offerings" like barrel-aged Negronis, according to a press release.

The restaurant will be open daily for breakfast, lunch and dinner and will also be in charge of the Joie de Vivre hotel's room service. Lure + Till will be located on the ground floor of The Epiphany Hotel at 180 Hamilton Ave.

Stay tuned for more detailed scoop on the menu, Kelly's plans for Palo Alto and a definite opening date.

How we eat away at our open space, even in Palo Alto
By Sherry Listgarten | 5 comments | 7,530 views

Three new restaurants from former Manresa chef David Kinch and his team are coming to Los Gatos
By The Peninsula Foodist | 2 comments | 4,652 views