Robert Lindstrom, who was previously working with former Facebook executive Owen Van Natta to take over the British Bankers Club in Menlo Park (the deal has since been abandoned), snagged a space at 451 S. California Ave. early this year. It was previously occupied by Uzumaki Sushi. 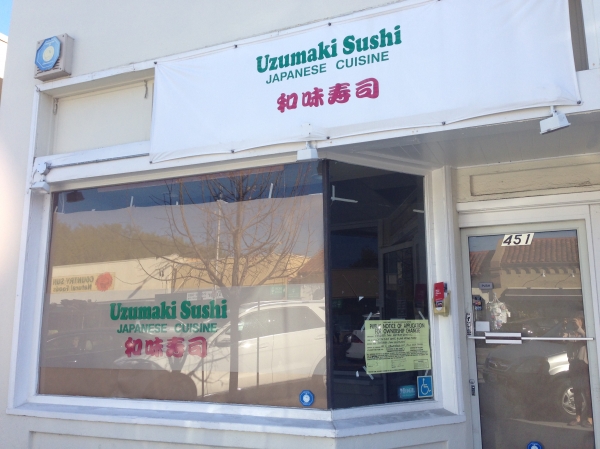 "It will be some place in between Joanie's (Cafe) and the Mayfield (Bakery & Cafe)," he said. "We think there's a lot of space there to fill. Joanie's is underdone and Mayfield is overly expensive. We're trying to fit in that niche."

A neighborhood spot (hence the name), Lindstrom said he'll be targeting Palo Alto families as well as the many people who work in the area and eat lunch on California Avenue. He also lives in the neighborhood.

He mentioned rotisserie chicken and steak; the menu will be small and will draw on the California Avenue farmer's market, conveniently located outside the space's doors.

Lindstrom said he currently has "feelers out" for a chef to hire.

"It's definitely not going to be a celebrity chef," he said. "It's going to be someone who works." Stay tuned for more when that solidifies.

Boozy offerings will include craft beers, wine on tap (instead of by the glass) and "low-alcohol" cocktails made from wine, vermouth and sherry, Lindstrom said.

In terms of the space, Lindstrom said he's not changing too much. He had asked the city if he could build a back patio, but said he was met with a resounding "no."

"They flatly denied it because of all the parking drama," he said. "We would be losing four parking spaces in the back."

He is, however, moving the restaurant's bathroom and hoping to get approval for windows that open out onto California Avenue in the front.

Lindstrom said he's aiming for a Memorial Day opening (May 26), though "it's definitely written in pencil."

Joanies is "underdone"
Now that's a good way to enter into business with a neighbor.
Not to mention the patrons who love Joanies.
Pity they didn't get the Menlo Park location.
You already lost this family as customers.

Report Objectionable Content
Posted by dodger, a resident of another community,
on Mar 14, 2014 at 11:12 am


Well, I wasn't going to go, figuring Roger and his family might be there, but now that his absence is confirmed I'm in!

Report Objectionable Content
Posted by Robert, a resident of Evergreen Park,
on Mar 15, 2014 at 11:00 am


After seeing my words in print, I realize that I may have said spoken inappropriately. I apologize for any misunderstanding my interview may have caused. I am just a guy, a business owner and neighbor, without a fancy PR team. Honestly my family eats at both Joanie?s and The Mayfield Café. Joanie?s is a good restaurant with a fantastic staff that has been serving the community well for many, many years. The Mayfield is not overly expensive; it is priced appropriately for a special night-out restaurant.
We look forward to doing business on California Ave. and being among some amazing local talent.

This barbecue business was kicked out of Belmont. Now it's a Sunday fixture in Redwood City.
By The Peninsula Foodist | 6 comments | 5,485 views