The company has transformed the space at 318 University Ave., which previously was home to The Sports Gallery for 15 years, into a haven for tea lovers, with rows of more than 150 blends of loose leaf tea (from oolong to rooibos to pu'erh) and plenty of tea accessories (mugs, pots, infusers, kettles, frothers). Much of the tea hardware is designed in house.

Palo Alto General Manager Emily Hamel said David's Tea's philosophy is about making tea accessible for everyone, from novices or children to those already used to drinking with their pinkies up. She said they make a distinct effort to hire personable staff who want to engage with customers and take the time to get to know them and their tea needs. 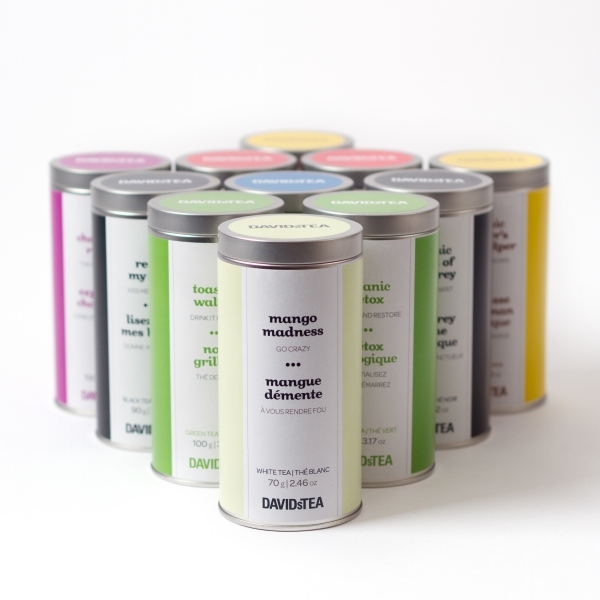 Hamel said loose leaf is the company "number one focus," but they also sell cups of iced and hot tea as well as tea pop (tea + carbonated water, poured over ice ? similar to an Italian soda) and soon, lattes.

The Palo Alto store layout is a bit different than others, Hamel said. Seating is somewhat separated in the back of the shop instead of integrated with the tea bar and merchandise.

"With Stanford and a lot of students in the area, people might want to come to study and not necessarily be right near the interaction that's going on at the tea bar," she said.

Just hope they know how to make a decent pot of tea. Can't find a proper cuppa anywhere around here. And please let's have it in a cup with a saucer and not a paper cup!

Report Objectionable Content
Posted by LOL, a resident of Another Palo Alto neighborhood,
on Aug 23, 2014 at 9:45 pm


Have experienced David's Tea up in Canada and am thrilled they are here! They have the best pure green teas I have found anywhere - and I am really picky. But I also adore the blends, they have an Earl Grey to die for.


Correction: While David's Tea has a few organic teas, it is not an organic tea chain nor advertises itself that way. It uses the term "Healthy, Natural Teas." Though, I prefer teas without undefined "natural flavorings" added that many of their teas have.

Report Objectionable Content
Posted by love tea, a resident of another community,
on Aug 26, 2014 at 1:31 pm


I really love tea.
Do you of tea to drink?


I love David's Tea! I first starting their tea up at the Burlingame store, so excited it is now down here in PA!