To Cambodia With Love

Uploaded: Sep 18, 2014
"I escaped the Khmer Rouge when I was 12 years old, after surviving year round starvation and harsh labor camps. My two older brothers fled first in 1976, followed by my father and younger brother in 1978. With the help of UNICEF, my mother, sister and I escaped to the U.S. in 1979. We reunited with my two oldest brothers, but I never saw my father or younger brother again."

And so begins my interview with Channy Laux, owner of Apsara Foods, a Cambodian condiment company based in Fremont, CA. Channy is noticeably upset as she recounts the horrors of her childhood, but she doesn't focus on them, nor do the memories motivate her efforts. As senior staff systems engineer, her days are math and science, but nights and weekends bring the passion to honor her mother by keeping alive the prized seasonings and sauces of her childhood. 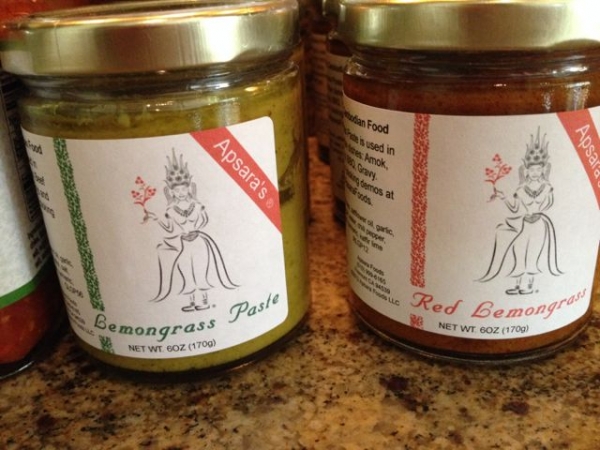 "My mother was a cook in life, that's what she was known for and what she did with pride. When she passed in 2010, I realized I didn't even have a picture of her in the kitchen. I wanted to honor her lifelong commitment." 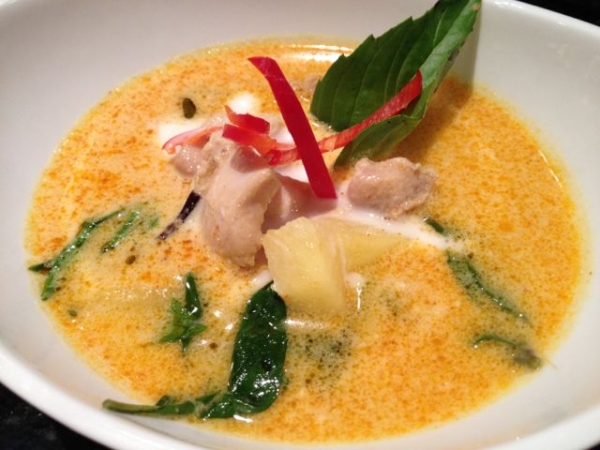 The beef was simply marinated in Green Lemongrass Paste before grilling. 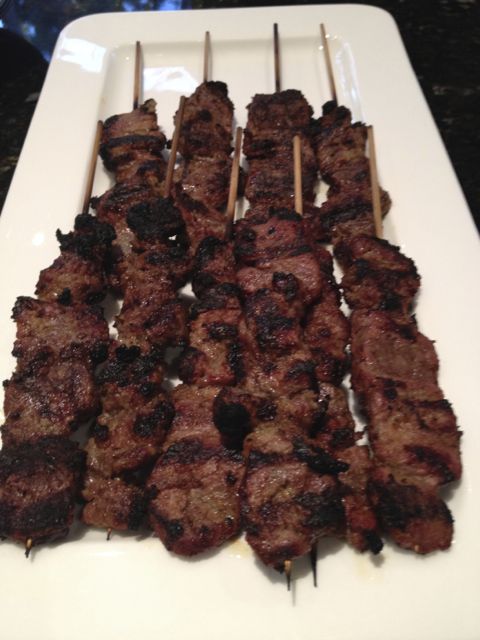 Amok was more complicated; coconut milk, Red Lemongrass Paste and egg are a custard base for kale and white fish. 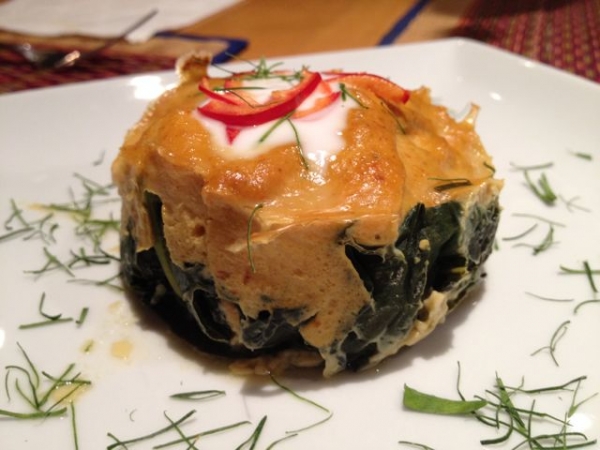 Fish sauce, lemongrass, thai chiles, galangal, kaffir lime, anchovy, turmeric and tamarind are the classic seasonings, many that grew around Channy's Cambodian home. It's a taste bud symphony, and the anchovy bumps the umami, that savory, full flavored taste. And maybe that's all you need? We talk about that in Cool Cuisine. Use meat and fish as a condiment for vegetables and grains, rather than the main dish.

I open the lemongrass paste, add it to the coconut milk and Chheng Ly's bottled passion, and freedom of spirit,jumo out of the jar and into the food.
Slurping my coconut veggie rice noodles... these words keeping playing in my head. 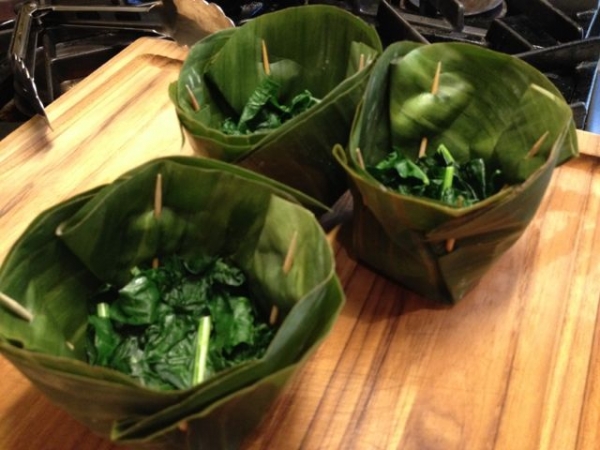 
Q: Why was the Khmer Rouge after you guys, Channy? What was their problem?

A: Khmer Rouge was the Communist Party of Cambodia, that took over Cambodia from April, 1975 - January, 1979. Under Khmer Rouge, Cambodians died from either starvation or execution. Most people they executed were intellectual, business owners, and formal regime soldiers. Since my dad was a businessman, we were targeted for execution or to be "re-educated." They took me from my family to the labor camps, far away from civilization, with poor conditions and not enough food. Everyday, I prayed to see my family, just one more time. It was not fear of death that drove my family to flee, it was the need to be free from emotional and physical tortures. My parent's biggest fear was the gloomy future - a life without freedom to speak, travel, learn, explore, cook our own meals, pick our partner, and the fear of having your child taken away. Our parents told us, "Whenever you get a chance to leave, to be free, take it and never look back. Never regret."


Looks yum! Are Apsara products available anywhere in local shops or only online ?


reader, The products are available online and also at the Village Market in the San Francisco Ferry Bldg:
http://www.ferrybuildingmarketplace.com/village_market.php


Do any stores in Palo Alto carry a good selection of Asian foods? I know there are well stocked Asian grocery stores in Cupertino, but I prefer not to fight traffic.

Report Objectionable Content
+   1 person likes this
Posted by Laura Stec, a Almanac Online blogger,
on Sep 19, 2014 at 7:09 am
Laura Stec is a registered user.


shopper, Naks is still around in Menlo Park. For better quality soy sauces, umeboshi, etc I shop at Whole Foods. On San Antonio, that "international market" is there - but I haven't stopped in in a long time. Does anyone shop there these days and how is it? I do make the jaunt over to Lion or Ranch 99 when I need to. And I go to Clement Street in San Francisco and shop at the Asian markets there.


Readers, I thought we'd hear more about this history from you. Who knows more about this atrocity and why? My understanding is the jerky Khmer Rouge was an uncalculated result from the vacuum left from Vietnam War? Maybe good lessons for today, eh?

Sorry, but further commenting on this topic has been closed.
Sponsored

6 Steps to master the home buying process during a pandemic

Your no-stress guide to buying a home no matter what the circumstance.

Are our recycling bins too big?
By Sherry Listgarten | 10 comments | 2,448 views

I am Voting Yes on Measure RR to Provide Caltrain a Dedicated Revenue Source
By Steve Levy | 5 comments | 1,503 views

Nov. 3 -- a critical election that will determine our future
By Diana Diamond | 8 comments | 1,096 views