﻿ Finding Forever Homes For Creatures Big And Small, Near And Far | A Civil Look At Civics | Erin Glanville | Almanac Online |

Finding Forever Homes For Creatures Big And Small, Near And Far

"Fairy", a small, roughly 5-month old black dog, was discovered starving and homeless on a mountain road in Taiwan. It is not known if she ever had a home or if she was born as a stray dog, but she was "fortunate" to be picked up and taken to a no-kill shelter. The alternative for many of her peers is death from disease, starvation, or injury on the streets or to end up in one of Taiwan's government run high-kill shelters where animals may have as little as twelve days to live. The no-kill shelter she was taken to, however, was incredibly overcrowded with poor conditions and a limited budget to accommodate the more than 300 dogs kept there. Nevertheless, that was where the little dog's fate was forever changed. That was the place she came in contact with a remarkable woman named Mary Choi.

There is a well-known parable about an old man coming upon a young boy throwing stranded starfish on the beach back into the ocean. When asked by the man what difference he could possibly make given there were thousands of starfish, the young boy answered: "I will make a difference to this one." That day, Mary Choi was able to make a difference to that one small dog, and to a handful like her. But as a video documenting her trip to the no-kill shelter shows, Mary could hardly hold back her tears or keep her voice from breaking as she was forced to leave hundreds of other loving animals behind.

An energetic woman, Mary came to the United States to study at Cornell but later returned to Taiwan with her husband to raise their family. She began to take note of stray and homeless dogs all around the island, and to realize how critical the situation had become. The problem of abandoned or homeless animals in Taiwan is complex and multifaceted, and the fate of these animals can be unfathomably cruel. (I have included links to articles and videos below; readers should be advised that much of the content is exceedingly graphic in nature. Discretion is advised.)

Campaigns for responsible pet ownership (including spay and neutering animals and micro chipping pets) and campaigns to influence Taiwanese policy makers to strengthen oversight and improve the practices of animal breeders, pet shops, and shelters are championed by a number of activist organizations including the Environmental and Animal Society of Taiwan (EAST) and ActAsia.

Unfortunately, the wheels of change turn slowly. Too slowly for Mary Choi, who wanted to try to save every dog she was able to. In September 2014, Mary founded Adopt A Doggie, an organization (non profit status pending) focused on identifying shelter/ rescue dogs she though would make good family pets. Mary takes the animals from the shelter (or sometimes rescues them right off the streets), gets them medical attention, then boards the dogs at her home where she continues to train them. She will keep, on average 45-50 dogs at her home at any one time. She works with the dogs to make sure they don't have food aggression, to train them to walk on leash, and she tests them to assess their compatibility with young children, cats, other dogs, etc. She videos these interactions and then posts them to YouTube where prospective "parents" can view them and hopefully decide to adopt one of Mary's four legged students. These videos, taken over a period of time, give prospective new families quite a bit of information on the dog's behavior. Mary and her local Bay Area contact, Brad Tanner, try to match dogs to the right family via a detailed application that a prospective family submits. Once she has a small group of dogs she feels are ready to be placed with their designated adoptive homes, the dogs travel together via China Airline to San Francisco Airport (SFO) where excited families meet them for the first time.

The process of adopting a dog without having met the dog "in person" can be a little surreal. Mary and Brad not only talk on the phone with prospective owners with questions, but dogs adopted locally are welcomed into a large network or "family" called Adopt A Doggie Dog Owners. Monthly "meet ups" (doggie playdates) are held at dog parks throughout the Bay Area so that families can come let their adopted dog play with "old friends" from Mary's home in Taiwan. The group has an active Facebook following, with everyone sharing tips, advice, stories, and mostly photos of lucky dogs being very loved.

There will be those who feel that adopting from local shelters should take precedence. Local shelters have many animals needing homes; I know this first hand as we adopted our beloved Black Labrador, Riley, from the Santa Clara ASPCA. Whether it is domestic or foreign adoption of an animal in need of a home, I say both are worthy.

The first time I saw a picture of the little black dog with pointy ears that had been nicknamed Fairy, I was looking on PetFinder and the ASPCA websites for a rescue dog to adopt into our family. About a week later, my ten-year-old son rushed through his trick-or-treating so that he and I could drive through the rain to SFO on Halloween night. There, we joined about ten other excited families who waited patiently for some very special cargo to be delivered. We brought our little dog home.

These days, Gracie (formerly known as Fairy) spends a lot of time chewing on toys (and unfortunately some shoes), chasing squirrels in the yard, and curled up on one of our beds. 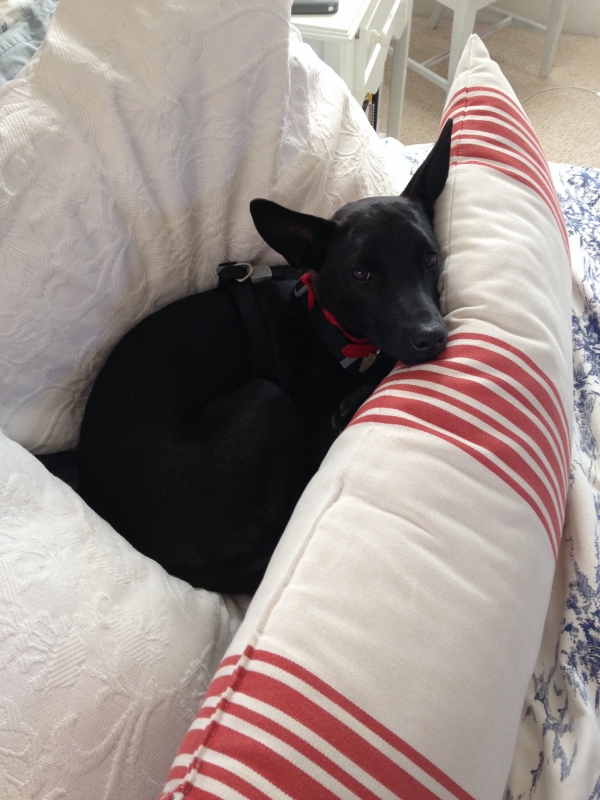 While she has come a long way, the plight of her peers back in Taiwan still has a long way to go. While change evolves to address the root causes, Mary Choi is determined to make a difference for as many animals as she can right now.

To date, Mary and her organization have placed over 750 dogs in loving "forever" homes. For more information on the organization, go to adoptadoggie.org. 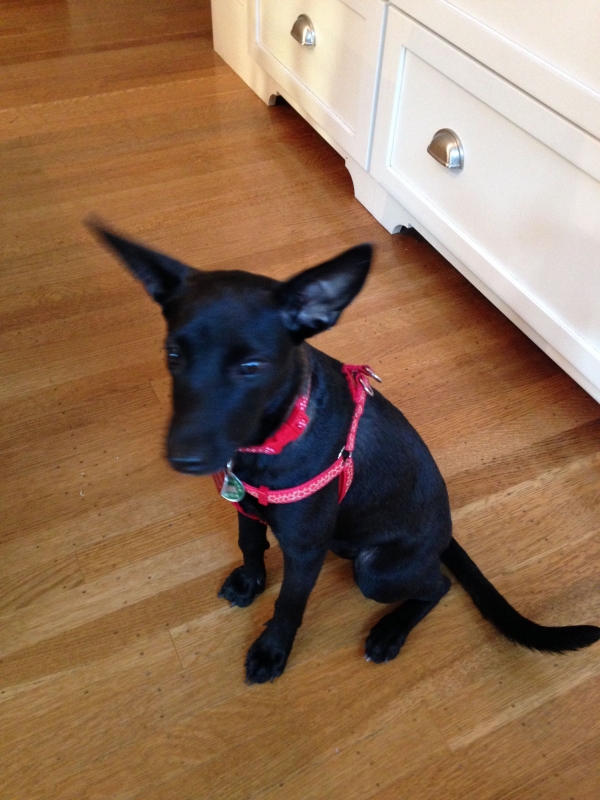 ? The following are videos of the shelter that Gracie (aka Fairy) came from.

http://youtu.be/4mjb3mlkQfs - Visit to no kill shelter with over 300 dogs

God Bless Mary Choi, the incredible organization she put together and Fairy! Thank you for sharing......very heart warming.


A long journey, but this one had a very happy ending for all, especially for Gracie ! Blessings to Mary Choi who "made a difference to This one".

"It's too little too late" and other reasons why not
By Sherry Listgarten | 12 comments | 3,498 views