Uploaded: Oct 20, 2015
Local Michelin-ranked restaurants Baumè in Palo Alto, The Village Pub in Woodside and Chez TJ in Mountain View all held onto their star status in the 2016 San Francisco Bay Area list, released on Tuesday.

Madera at the Rosewood Hotel in Menlo Park, however, which won one star last year, lost its Michelin star.

Baumè, a French restaurant with a focus on molecular gastronomy, again received two stars for the fifth consecutive year. 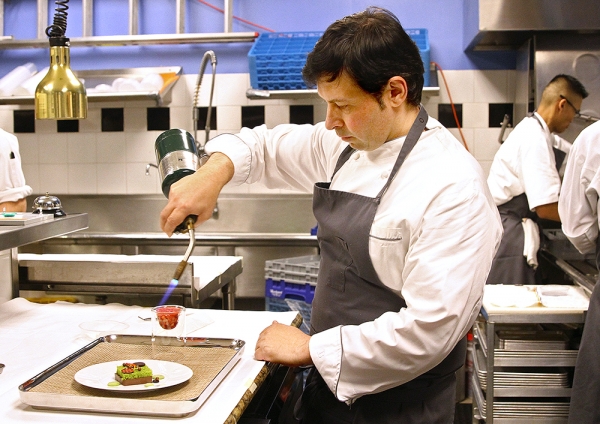 The California Avenue restaurant is in good company among highly acclaimed San Francisco restaurants like Coi, Quince and Acquerello. Only seven total restaurants received two stars, and only two of them outside of San Francisco.

Village Pub and Chez TJ each kept their single stars. This is the eighth year in a row Village Pub has gained the distinction.

Explore the links below for more on the locally starred restaurants.

umam is a registered user.

Report Objectionable Content
Posted by umam, a resident of Shoreline West,
on Sep 24, 2016 at 1:21 am
umam is a registered user.

State Street Market plans overhaul of its eateries as it cuts ties with Bon Appétit, triggering layoffs
By The Peninsula Foodist | 11 comments | 4,013 views

Doing more with the natural spaces we have
By Sherry Listgarten | 6 comments | 2,619 views

Can the Memphis police behavior ever happen here?
By Diana Diamond | 0 comments | 169 views