Borrone MarketBar looks to be returning

A paper advertising open positions for servers, bartenders, hostess, prep and line cooks appeared this week in the window of the 1010 El Camino Real space, which suddenly closed last June. 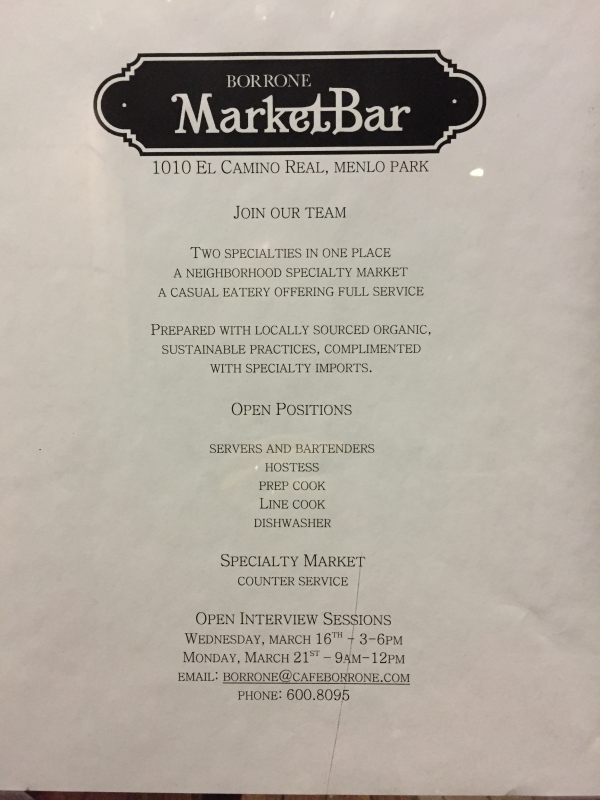 Co-owner Marina Borrone did not immediately return a request for comment, but said in December that there were plans to reopen the restaurant sometime in 2016.

Borrone opened MarketBar with her husband Josh Pebbles in February 2014, just next-door to the family's Cafe Borrone. It doubled as a restaurant and also take-home market with prepared foods and baked goods. 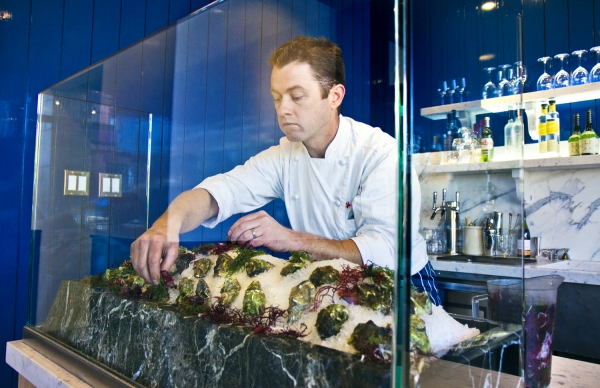 Borrone said in December that MarketBar had closed in June 2015 due to a family illness.

The restaurant briefly reopened in December for a special holiday pop-up event, selling a range of specialty food from focaccia and arancini to duck pate, raviolis and desserts.

Can the Memphis police behavior ever happen here?
By Diana Diamond | 0 comments | 99 views