The pastries will be available from 10 a.m. until they're sold out (which happens quickly, so arrive on time!).

Shelsta has teamed up with Mimi Mendoza, the pastry chef at Chez TJ in Mountain View (and also Shelsta's girlfriend) to host several pop-ups at Zola in the past. 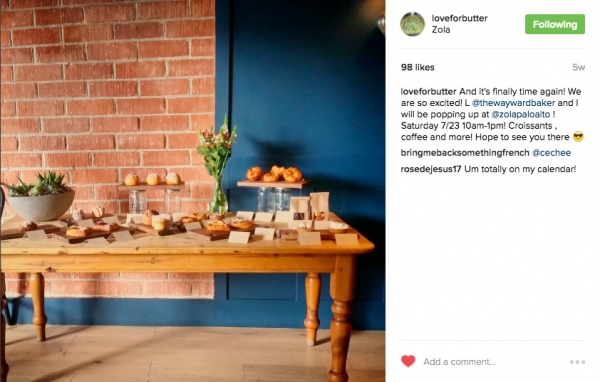 Shelsta said they're hoping to start doing them bi-weekly, perhaps starting in September.

Shelsta has been working as chef at Howie's Artisan Pizza in Redwood City, but the restaurant recently closed temporarily due to major, disruptive construction that will soon start across the street at 2075 Broadway, where a developer plans to build a four-story, 93,515 square-foot mixed-use building, according to a message posted on the restaurant's website.

This weekend's final pop-up offerings are subject to change, but expect to see some of the below (descriptions courtesy of Shelsta):

In case that's not enough, there will also be doughnuts, choux/cream puffs, tarts "and more!" Shelsta wrote in an email. 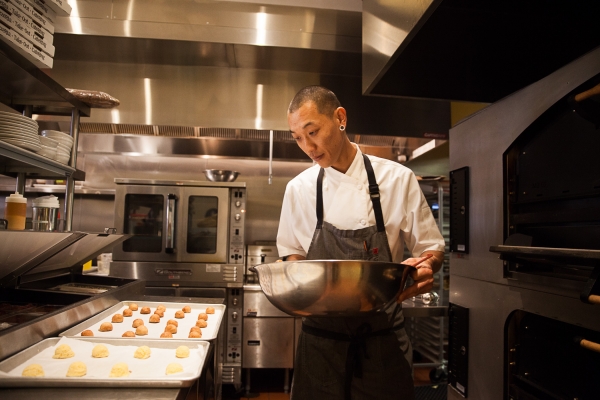 John Shelsta in the kitchen at Howie's Artisan Pizza in Redwood City, where he has made special pastries for weekend brunch. Photo by Michelle Le/Palo Alto Weekly.

French restaurant Zola is located at 565 Bryant St. Shelsta and Zola owner Guillame Bienamé know each other from Marché, a now-closed French restaurant in Menlo Park. (Shelsta worked there while he was going to culinary school, and Bienamé was the restaurant’s executive chef. The owner of Howie's, Howard Bulka, is the former co-owner and chef of Marché.)

Read more about Shelsta here: For the love of butter

A tea house, a speakeasy, a beloved restaurant: The Van's in Belmont has closed for good
By Elena Kadvany | 6 comments | 8,203 views

Everything’s relative in life, and yesterday will not be tomorrow
By Diana Diamond | 16 comments | 2,499 views

We are testing geoengineering, and that is a good thing
By Sherry Listgarten | 8 comments | 1,564 views

A Book Connecting the Generations
By Cheryl Bac | 1 comment | 1,336 views