Uploaded: Nov 16, 2016
Marc Vetri, a James Beard award-winning chef known for launching a group of successful Italian restaurants in Philadelphia, is opening his first venture on the west coast this week at Stanford Shopping Center in Palo Alto.

Terrain Cafe, which opens to the public this Friday, Nov. 18, is part of the new Anthropologie & Co. store, also set to open Friday. Vetri sold his restaurants last year to URBN, which owns Anthropologie, Urban Outfitters and Free People.

Since then, the company opened two Terrain Cafes in Pennsylvania and Connecticut, both managed by Vetri and his partner Jeff Benjamin. The cafes are located inside Terrain garden and home stores owned by Anthropologie, and reflect the stores' vibe, Vetri said in an interview Tuesday.

"It looks like you're eating inside of a greenhouse," he said. (A high-end greenhouse, at least, with details like reclaimed barn wood floors, a garden-panel wall and patio seating.)

Here's a peek at the space from inside the new Anthropologie store: 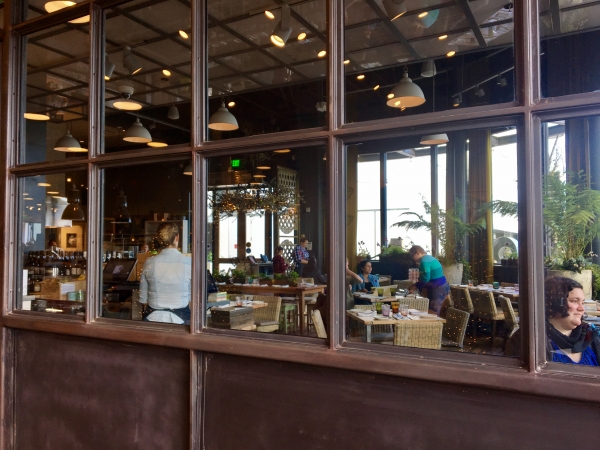 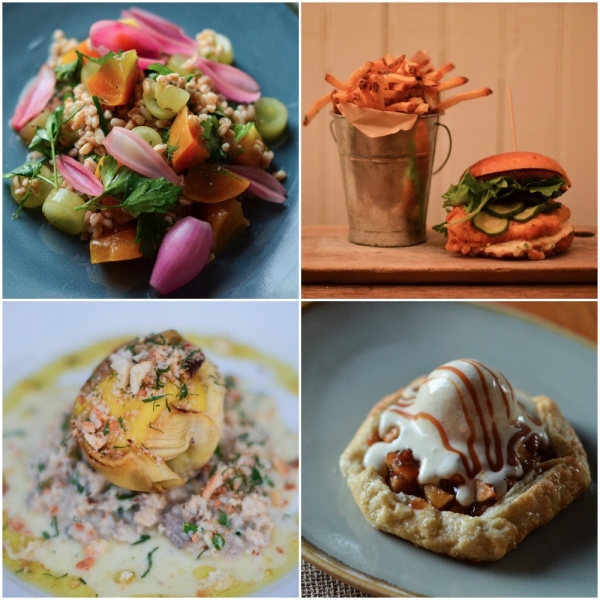 The Palo Alto Terrain is unique in that its the first location with a culinary program designed entirely by Vetri, along with chef-partner Jeff Michaud, according to a press release. It's also the first with an open kitchen, Vetri said, allowing for more interaction between cooks and the front of the house.

The company describes Terrain's food as contemporary Italian with an emphasis on seasonality. The new Stanford cafe will feature "variations of some of the most beloved dishes" from Vetri’s other restaurants as well as new dishes specific to this location.

A 30-wine list focuses on local, small-production wineries that emphasize sustainability, according to the release, but offers some international wines from wineries that "share similar philosophies."

There are also wine-based cocktails and nonalcoholic spritzers made from housemade syrups, herbs, juice and sparkling water.

The new cafe is large, with 40 seats outside and 70 inside. It’s located in the footprint of the former Bloomingdale's store in a massive, rebuilt building. 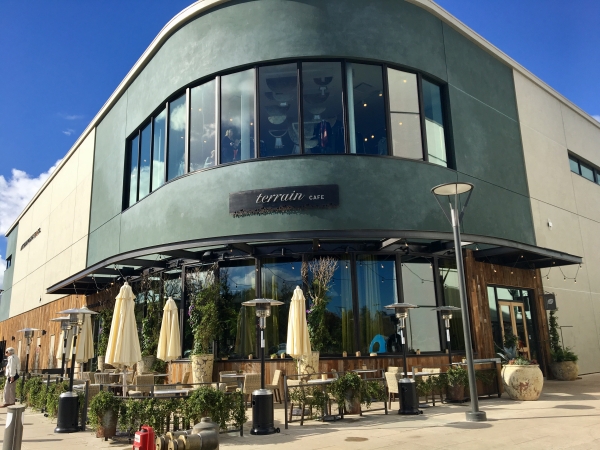 The exterior of the new Terrain Cafe and Anthropologie at Stanford Shopping Center.

Terrain Cafe is open daily for lunch and dinner, with brunch service to begin in the coming months. Lunch is every day from 11 a.m. to 5 p.m.; dinner is Sunday-Thursday, 5-9 p.m. and Friday-Saturday, 5-10 p.m. The cafe is located adjacent to the new Anthropologie at 180 El Camino Real in Palo Alto.

Terrain Cafe is the latest in a string of new dining options at Stanford Shopping Center, with more on their way. Recent openings include True Food Kitchen, Tender Greens and Go Fish Poke Bar.

Marc Vetri is amazing! We had the good fortunte to dine at Vetri a couple years ago in Philly and Pizzeria Vetri are just sublime. Can't wait to sample the goods at Terrain Cafe.

Report Objectionable Content
Posted by Michelle, a resident of Duveneck/St. Francis,
on Nov 17, 2016 at 5:40 pm


As a Philly native, I'm super excited that the "other PA" is getting a Vetri restaurant! :)

Doing more with the natural spaces we have
By Sherry Listgarten | 8 comments | 3,066 views

Can the Memphis police behavior ever happen here?
By Diana Diamond | 14 comments | 1,115 views