Celebrity chef pulls out of BFD Menlo Park; to reopen as new concept

Uploaded: Jan 11, 2017
UPDATE: Chris Vestal, who lives in Menlo Park, said he plans to open a restaurant at this location serving American-style cuisine with locally sourced ingredients. Read more about his plans here.

About two years after taking over a massive Menlo Park restaurant space to open Bradley's Fine Diner, renowned chef Bradley Ogden has pulled out of the concept, citing "philosophical" and business differences with the parent restaurant group's CEO.

"I've moved on because they wanted to go in a certain direction I didn't want to go," Ogden said in a phone interview Wednesday.

"They" is Christopher Vestal, CEO of Ogden Hospitality Group, which owned BFD in Menlo Park as well as a location in Houston, Texas that also closed this month. Two spinoff concepts in Menlo Park and Houston — Bradley's Funky Franks, a hot-dog spinoff located in the same Merrill Street space, and Funky Chicken in Houston — have also closed.

In 2014, Ogden indicated that the company planned to open many more locations of both Bradley's Fine Diner and the spinoff concepts, but they never expanded beyond Menlo Park or Houston.

The Menlo Park restaurant at 1165 Merrill St., across from the Caltrain station, closed as of Jan. 1, Ogden said. Signs recently appeared in the windows stating the restaurant was closed for "winter break" with no indication of when it would reopen. 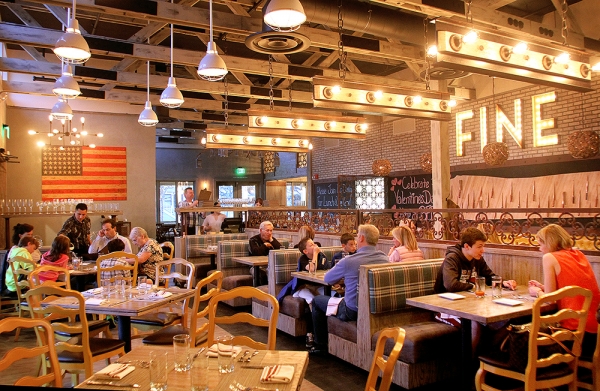 Ogden said Vestal will be "rebooting the restaurant under a different name and company," but he was unsure what that would be. He estimated they would reopen this spring. Ogden did not know if BFD Menlo's executive chef, Lee Levig Jr., would be staying on or not.

Vestal did not return a request for comment. In a statement provided to Houston media outlets, he said the Bradley's Fine Diner and Funky Chicken spinoff there would be redeveloped into new concepts. 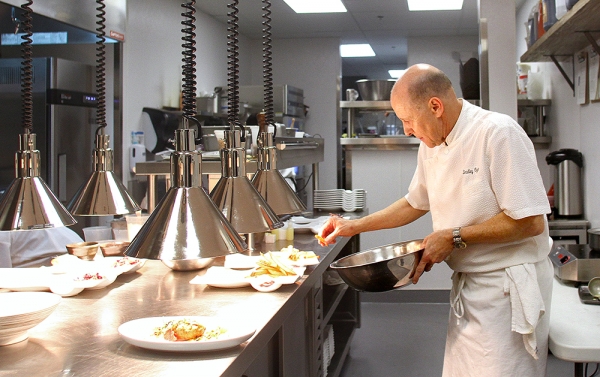 Ogden, a James Beard award-winning chef, said he's now consulting for a boutique hotel in Lodi, relaunching a book he wrote in 1991 and generally "refocusing my goals and opportunities."

When asked if any of those opportunities will be local, he replied, "that's a good possibility ... we'll see."

Check back for more information on what will replace Bradley's Fine Diner.

Maybe he can open a poke place in Menlo Park? They are missing out!

Report Objectionable Content
Posted by charles reilly , a resident of another community,
on Jan 11, 2017 at 6:40 pm


One day, I stopped by Bradley's Fine Food, but I didn't "get it". I don't know what it means to "mix American diner food with farm to table sensibilities". Maybe Elena would explain that. I DO think restaurants need to present a strong "persona" or brand - a definite identity. Some of you guys may hate Walhburgers, but we all understand what they're serving.

Report Objectionable Content
Posted by Missing Gambardellas, a resident of Menlo Park,
on Jan 11, 2017 at 9:42 pm


I'm still missing Gambardella's, which occupied this space previously. Their food was awesome and it was a regular spot for our family. BFD was pitching overpriced mediocre food and I won't miss it. Few will, I'm guessing, as it was always empty whenever I passed by there. Anyone know if Gambardella's or its owners reopened elsewhere?

Report Objectionable Content
Posted by Reader, a resident of another community,
on Jan 12, 2017 at 7:36 am

A quick Internet search led me to this 2013 article:

and someone mentioned in the comments that Andy Gambardella has opened a pizzeria called Pazzo in San Carlos.

Report Objectionable Content
Posted by MP Resident, a resident of Menlo Park: Downtown,
on Jan 12, 2017 at 9:35 am


BFD just wasn't compelling to is - it seemed to combine the common traits of Menlo Park restaurants: boring and expensive. The space is also huge, which is likely problematic - I can see a lot more ways you could make the "funky franks" space profitable (Poke bar? Please?) than the "main" restaurant.

There are good reasons our dining $$ end up in Palo Alto, Los Altos, Redwood City, and San Carlos far more than they end up in Menlo Park - there are interesting and reasonably priced options.

Report Objectionable Content
Posted by rezi, a resident of Crescent Park,
on Jan 13, 2017 at 7:00 am

Report Objectionable Content
Posted by Claudia O, a resident of Menlo Park,
on Apr 1, 2017 at 7:48 am


BFD was becoming our favorite family restaurant. We were stunned and so sad to discover it was closed. The food was so fresh, beautifully plated, and our 8 year old was crazy about their Cesar salad. It was a convenient, healthy option for us. So sad! We really enjoyed having them here!

This barbecue business was kicked out of Belmont. Now it's a Sunday fixture in Redwood City.
By The Peninsula Foodist | 6 comments | 5,486 views