Uploaded: Feb 8, 2017
Andrew Welch, the owner of longtime Spanish-Italian restaurant The Basin in Saratoga, is opening a new restaurant in downtown Los Altos.

Welch is behind Asa Restaurant at 242 State St. The restaurant (named for his young, first son) will be similar in products and philosophy to The Basin, but with a different menu, Welch said in a phone interview Tuesday.

"My style is American by default with lots of Spanish and Italian influences," he said.

At The Basin, this means truffle fries and New York steak listed on the menu next to croquetas, paella and homemade pastas.

The Basin sources all of its meat and seafood, which are broken down in house, Welch said. (The fish comes from TwoXSea, a San Francisco company with high standards for sustainability.) The same will be done at Asa Restaurant.

With a full liquor license, Asa will serve cocktails as well as beer and wine. Given the small size of the space (about 2,000 square feet, according to Welch), a community table will double as sitting for walk-ins and "bar-type" service. 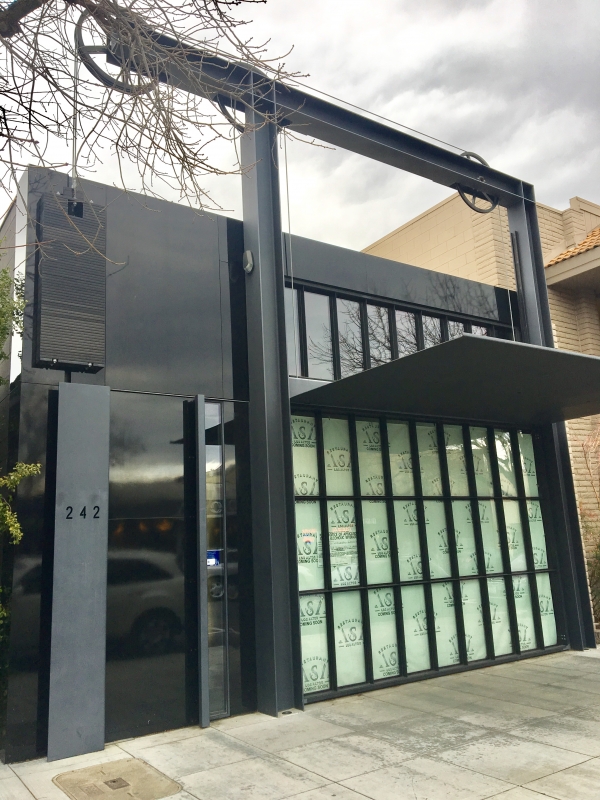 Asa Restaurant is opening this spring at 242 State St. in Los Altos. Photo by Elena Kadvany.

Welch, who opened The Basin in 1999, said he's opening in Los Altos for its community feel and the fact that many of his customers and friends live there.

"We have a history of success in the past and we're just not the type of restaurant that we open two or three or four. We do things that we can actually touch and be at and be a part of," he said. "Part of choosing Los Altos was the community aspect that they definitely have there."

He's in the midst of adding a brand new kitchen and doing other renovations to the State Street space, which was redesigned several years ago by Seattle-based Olson Kundig. Most notable about the building is a 16-by-10-foot, floor-to-ceiling window that can be rolled up (much like a garage door) to open the space to State Street. (Watch a video of it here.) The San Francisco Museum of Modern Art hosted a pop-up exhibit at 242 State St. in 2013 and 2014.

When asked if he had set an opening date yet, Welch joked: "Yes, Jan. 1." The project has hit some delays, he said, but he's hoping to be open by late March or early April.


With all the delays that are par for the coarse to open a new restaurant, ASA will open this this month! A reliable source says that August 22nd may be the first day to check out downtown Los Altos' newest, fabulous restaurant. I for one am very excited!


Los Altos can't wait for our newest and coolest restaurant to open!

Craving B. Patisserie's perfect pastries? The San Francisco bakery is popping up in San Mateo next week
By Elena Kadvany | 0 comments | 12,659 views

Which Christmas Gifts are Lasting?
By Cheryl Bac | 2 comments | 1,843 views