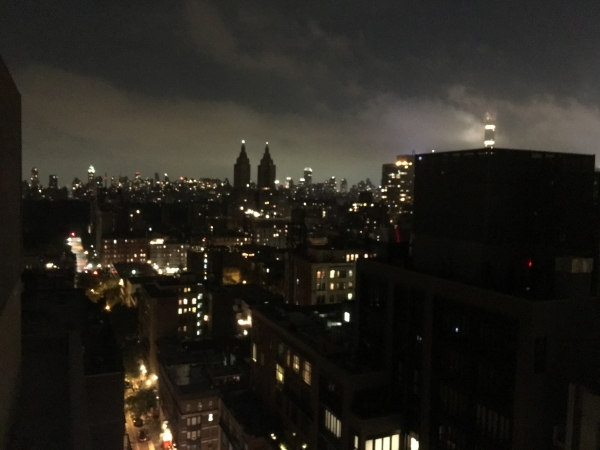 Two weeks ago Susan and I left on an early flight for NYC and arrived late afternoon at JFK Airport. We were headed for a mix of work and social events. There are some choices for the ride into to Manhattan – Taxi, Uber, Via or public transportation. The choice is usually driven by weather, cost, baggage and speed. The fastest way has been by public transport – multi-modal as they say in the Bay Area.

First a tram takes you between terminals and transport hubs like Jamaica Station where you pay a $5.00 exit fee. At Jamaica station you link to the Long Island Rail Road (LIRR), which takes you to 34th Street Penn Station (west side of Manhattan) for about $11.00. There you can brave the crowds and transfer to MTA subway lines for $2.75.

We opted for public transport and local adventure. At Penn Station you can either climb the stairs or take a tiny elevator to the MTA. But it’s August, hot and humid, and the normal subway aromas get amplified. A hefty lady surrounded by a 3 foot heathen aroma emerges from the elevator. We get in and the aroma is still there. We didn’t breathe for the one floor trip. Then onto the MTA northbound 1, 2 or 3 IRT subway lines, and whatever human surprises await therein. We emerged from the subway at 72nd street and flap our arms to air out.

(Footnote: as a teenager, when riding the subway, I’d stand between adjacent cars: one foot on one, one foot on the other car. This caused bobbing and weaving in the sympathy with the train movement. It’s a NY thing. What the hell was I thinking, but it was great fun.)

We walk 5 blocks north to our hotel. 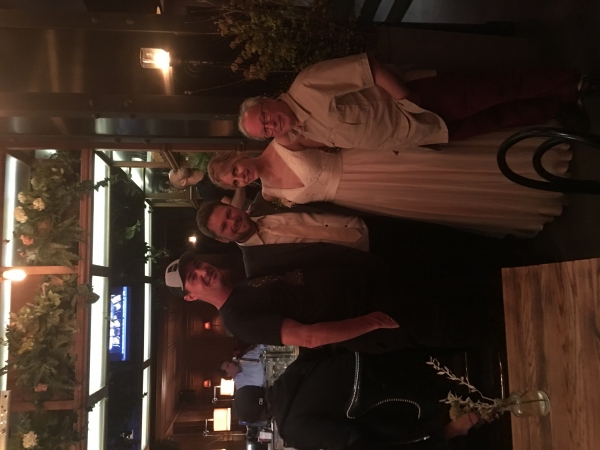 We check into the hotel. The hotel bar in the lobby services the adjacent neighborhood. From years of frequently staying at the same hotel we have made local neighborhood friends, who await us for happy hour on the sidewalk at 77th St. After a dinner we return to them and hang out in the dark summer heat.

At about 11:30 a taxi pulls up and a bride in a great white dress, her groom, and two other people get out. A bride getting out of a dirty cab is a bit incongruous. We thought it was a photo shoot inside the hotel, which has an industrial loft backdrop theme.

My buddy Ed and I go into the hotel to see what’s going on. It turns out they just got married that day in City Hall. They’re work in Britain; the bride is from New Zealand. Also in town were her parents who flew to NYC from New Zealand for the happy event. Ed and I immediately get a selfie with them, which by the size order in which we're standing implies our phone reception is four bars.

But the bride, groom, and parents look a bit forlorn. Maybe it's anticlimactic after a long day. Maybe they’re just tired. But the ladies of our group think they need a wedding reception. A bit of a party. I turn around for a moment and Susan is gone. Where is she? She went across Broadway to an all night market to get cakes and candles.

Susan sets up the spread in the hotel lobby bar and the party is on. All this was put together in 15 minutes. That’s Susan. 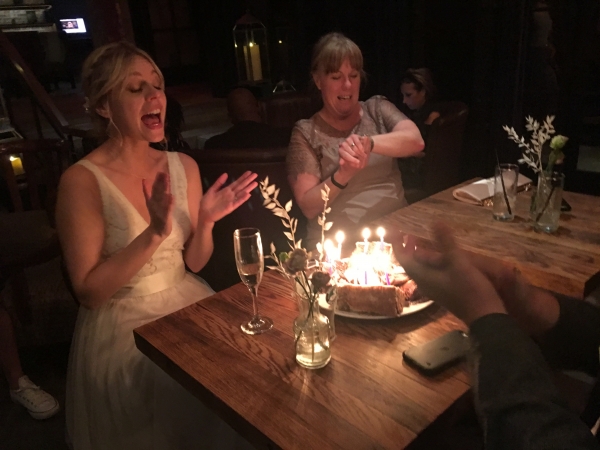 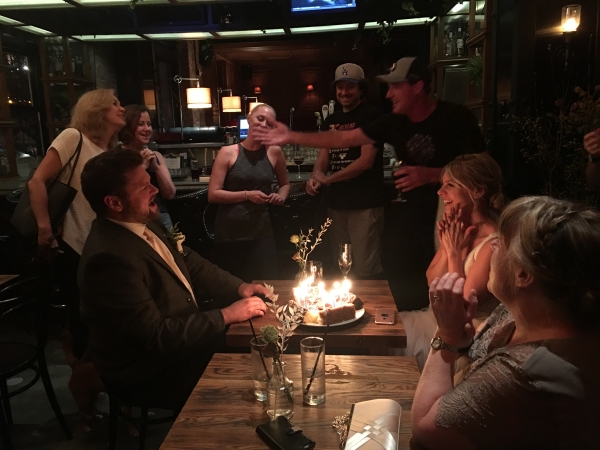 It was amazing. It was a New York moment at midnight. The bridal couple retreated to bed. Our work there was done. But this was just the beginning of a week filled with other events, like signing a new client contract, and my uncle's 90th birthday party in Central Park.

Delightful New York story and Susan is a mensch!

"It's too little too late" and other reasons why not
By Sherry Listgarten | 12 comments | 3,505 views