Verve has taken over 162 University Ave., which was most recently occupied by Black Diamond Sports. Co-founder Colby Barr said they hope to open a cafe there in mid-2018.

Verve was born in Santa Cruz in 2007 and has since grown to 10 coffee shops — four in Santa Cruz, one in San Francisco, three in Los Angeles and two in Tokyo. The coffee is still roasted in Santa Cruz and comes from direct-trade relationships with farmers, according to Verve. 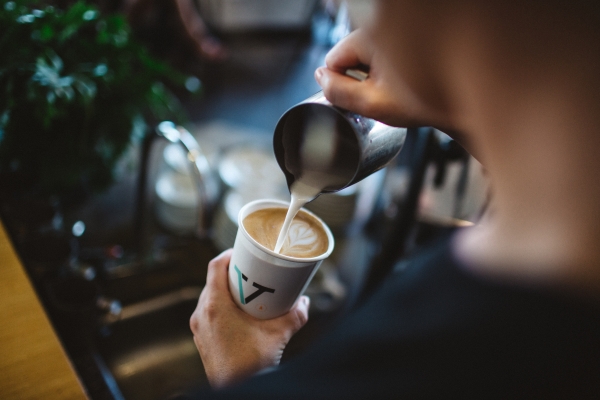 A cup off coffee in progress at Verve. Photo courtesy Verve Coffee Roasters.

Co-founders Barr and Ryan O'Donovan, both self-proclaimed coffee aficionados, went to college together. Barr grew up in Northern California and was a coffee shop owner while O'Donovan experimented with making his own coffee at home with a sample roaster, per the company's website.

Barr said Thursday that they have been "casually" looking for a location in Palo Alto for years. Verve is already well-connected to the area, supplying local tech companies and several cafes that sell their coffee wholesale. He said they were also drawn by the entrepreneurial allure of Silicon Valley and Stanford University. (According to their new landlord, Mark Zuckerberg signed his first office lease in the same building. It was also where Android started.) 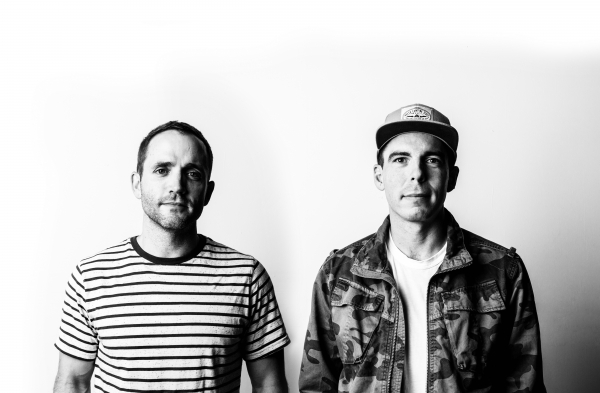 The Palo Alto Verve will have the typical coffee offerings and a full food menu, Barr said. Locally, Verve has a partnership with Manresa Bread, the bakery spinoff of the Michelin-starred Manresa Restaurant in Los Gatos.

Verve has yet to name a design firm for the Palo Alto location.

The University Avenue space includes a large outdoor patio, which Barr said will be "completely redone from the ground up."

Palo Alto might not be Verve's only expansion in the new year. Barr said they "have a couple things in the works" in the North Bay, but stayed mum on details.

Report Objectionable Content
Posted by Not "proscuitto", a resident of Charleston Meadows,
on Dec 21, 2017 at 4:48 pm

Report Objectionable Content
Posted by sophie, a resident of another community,
on Dec 23, 2017 at 8:22 pm


I am looking forward to Verve's new spot in Palo Alto. Their shop in Santa Cruz is definitely phenomenal and bringing lots of energy and upbeat young customers

Report Objectionable Content
Posted by Gary's Old Town Tavern, a resident of another community,
on Dec 27, 2017 at 10:39 pm

Report Objectionable Content
Posted by John, a resident of Professorville,
on Feb 20, 2018 at 6:06 pm


It will be great to stop in and grab a bag to brew at home. Sometimes I order online, but this will be great, as I'm a big fan of their Sermon blend espresso.

They will of course design the hell out of the space, as their clientele buys with their eyes probably more than taste.

Can the Memphis police behavior ever happen here?
By Diana Diamond | 41 comments | 2,390 views