The Menlo Park cafe is the first outside of the Tahoe area for owner Greg Buchheister, who opened his first cafe in Truckee in 2010. There are now five Coffeebars, including in Menlo Park, Squaw Valley and Reno, Nevada.

Buchheister's business partner, who attended Stanford University and worked in the area for many years, convinced Buchheister to bring an outpost to Menlo Park. Buchheister has worked in the coffee industry for two decades; Menlo Park marks the 20th cafe he's opened, he said. 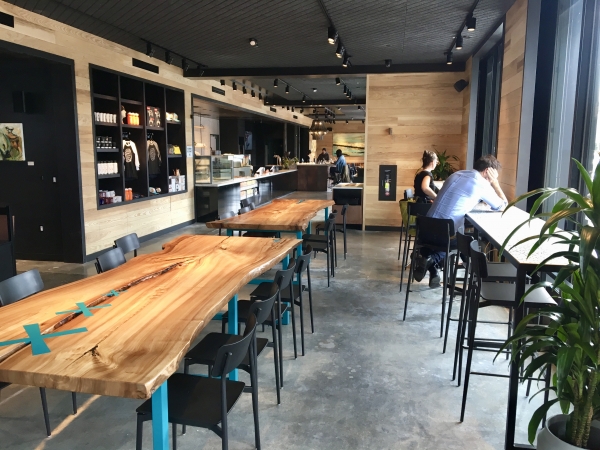 During soft opening, Coffeebar will serve coffee, pastries and a limited food menu from 7 a.m. to 3 p.m. daily. The goal is to eventually be open from 6 a.m. to 10 p.m. 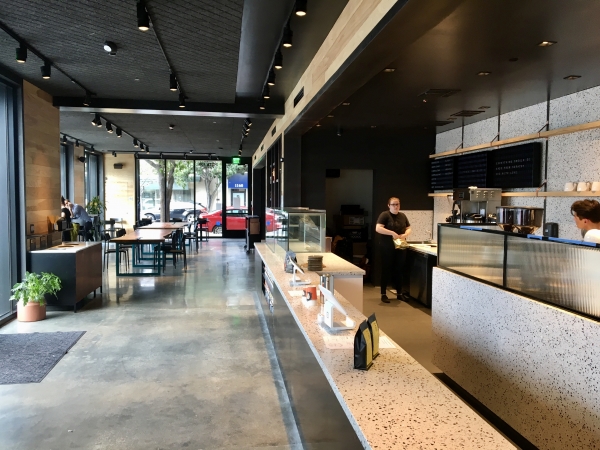 Coffeebar roasts its coffee beans in house and bakes pastries and desserts daily. The cafe also partners with local farms to source fresh produce, dairy and other food products.

The Chestnut Street space has been under construction since last spring. It formerly housed Nak's Oriental Market and Absolutely Nails.

It is now a large, open space with floor-to-ceiling windows and tables, bar and booth seating. A section of seating toward the front of the cafe, under a large flat-screen TV, has the potential to be converted into a "media room" for customers to reserve for meetings or events, Buchheister said.

So glad to see a beautiful, modern new coffee place. Menlo Park is in desperate need of compelling restaurants and retail. I'm looking forward to checking this out! Welcome!

Report Objectionable Content
Posted by coffee fan, a resident of Midtown,
on Jan 15, 2018 at 1:27 pm


Outstanding new option for downtown Menlo Park! The construction is beautiful and well-done. The contractor and business owner should be commended. The article should have noted the name of the builder as a reference for other Menlo Park businesses.