Uploaded: Feb 13, 2018
You can now get water-buffalo milk, cheese, gelato and other products in downtown Los Altos.

Morsey's Farmhouse Kitchen is officially open at 134 Main St., with an emphasis on products made from the milk from a herd of water buffalo that lives south of Sacramento. Husband-and-wife owners Kal and Yulia Morsey, who also own the herd, hope to educate American diners on the merits of water-buffalo products, which are more popular and known in South Asian and European countries. 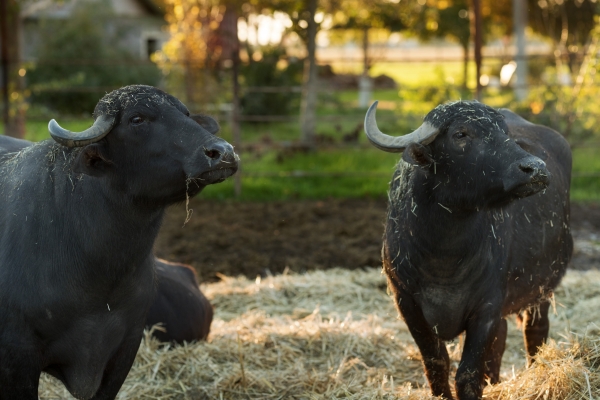 Kal has said that Morsey's is the only restaurant in the country cooking from a wide range of water buffalo products.

The soft-opening breakfast menu includes items like buffalo milk quiche, buffalo milk French toast and granola served with buffalo milk. For lunch and dinner, there are salads and sandwiches with the restaurant's mozzarella, ricotta and burrata. There's also a lobster and shrimp sandwich, buffalo burger, filet mignon and wild mushroom ravioli, among other dishes.

Buffalo products like milk, cheese and yogurt as well as items like sandwiches and salads are available for purchase in a grab-and-go retail case. Customers can stop in to get gelato, pastries or coffee or have a sit-down meal in a full-service dining area.

Executive Chef Tim Uttaro is heading the kitchen. A native of Carmel, Uttaro previously worked at the now-shuttered Sent Sovi in Saratoga (which the famed David Kinch of Manresa opened in the 1990s), British Banker's Club in Menlo Park, the Stanford Park Hotel and Lemonade in Burlingame.

This barbecue business was kicked out of Belmont. Now it's a Sunday fixture in Redwood City.
By The Peninsula Foodist | 2 comments | 4,353 views

Can the Memphis police behavior ever happen here?
By Diana Diamond | 20 comments | 1,305 views