Uploaded: Jun 19, 2018
Danish chain Joe & the Juice is opening not one, not two but three locations in Palo Alto.

The company, which started in Copenhagen in 2002 and is in the midst of a serious U.S. expansion effort, has already announced locations for 508 University Ave. and at Stanford Shopping Center. The company put up signage last week at a third location at 240 Hamilton Ave. and is planning $350,000 in interior work, according to a city permit. 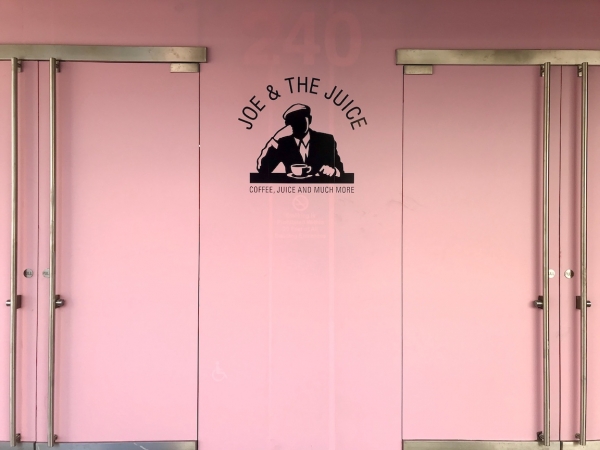 A third Joe & the Juice location is set to open in downtown Palo Alto, above. Photo by Elena Kadvany.

Joe & the Juice serves fruit and vegetable juices, smoothies, coffee, breakfast food and sandwiches. The Palo Alto outposts will have the same menu as other locations.

The University Avenue location appears to be close to opening, with the interior fully built out. Stay tuned on more details.


More places to socialize in are always welcome. Looking forward to the openings although I wonder if there is an upper limit to the amount of caffeine a society can handle.


I'm thrilled there is a place to gather. It's great that it offers delicious drinks too!


Why two locations in Downtown?

A fond farewell from the Peninsula Foodist
By paloaltoonline.com | 13 comments | 4,114 views

Palo Alto has an escalating transparency problem -- the police have shut their doors
By Diana Diamond | 6 comments | 1,566 views