The Madison Reunion: A Party with a Purpose

The University of Wisconsin - Madison consistently earns a top position as a US party campus - first place according to Princeton Review. Nothing personifies that as much as the local super bowl of parties, The Mifflin Street Block Party, now running for 40 years. Yes, I attended as a student. Yes, using my first Bolex 16 mm camera, I filmed local TV reporters partying – which was broadcast that night on TV. Yes, about 10 years ago we were in Madison for a friend’s family event that happened to fall on the weekend of the Mifflin Street Block Party. That Sunday morning I drove Susan by Mifflin Street to see the aftermath first hand, with some people showing some signs of life by crawling. Seriously.

Hence, I recognized the word ‘party’ in the Madison Reunion tag line - A Party with a Purpose - as secret code summoning the diaspora one more time back to Madison. 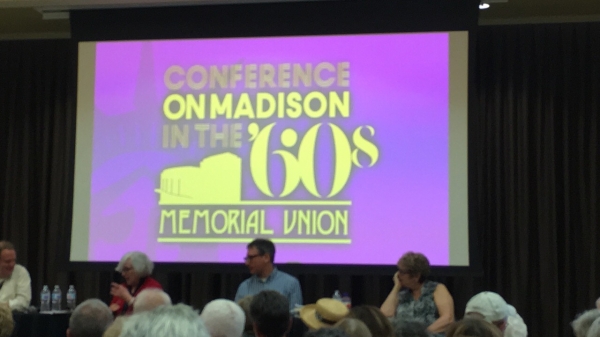 And in Animal House logic, any Purpose is a good a reason. When I first received an invite to the impending event I knew that this was going to be a BIG DEAL for myriad reasons. Some quick arithmetic of the decades involved and the age of the people suggested that this would not happen again. I immediately registered, and registered for an associated jazz concert.

I laughed for four days, and felt the warmth of old venues and friends. Nonetheless I was left with a triste aftertaste to it all. Over 900 people registered for the 3-day conference designed to revisit and perform a post-mortem on the politics, culture, campus, press and city life of the 1960’s – 1970’s. Madison as Madison, and Madison amongst the national events of the eras. This was an extremely well-organized and curated conclave that could make the Ted brand envious.

The organizers of The Reunion were Madisonians and university alumni Ben Sidran and Paul Soglin. Sidran is a prolific recording jazz musician. Madison in that era was a rock and soul stop for many groups. Paul Soglin has served as Mayor of Madison for over 2 decades. I remember clearly the evening he was first elected Mayor - when I was an undergrad, awaiting the local election results at the Labor Temple on South Park Street. It was an incredible scene as a student hippie of our own overcame the prevailing local politics.

And now Paul Soglin is running for Governor of Wisconsin against Republican incumbent Scott Walker.

Urban redevelopment has taken its toll in this fair city. A serious watering hole, the "602 Club", has been reduced to an exhibit at the memorial union where Reunion attendees paid their respects to the neon sign. 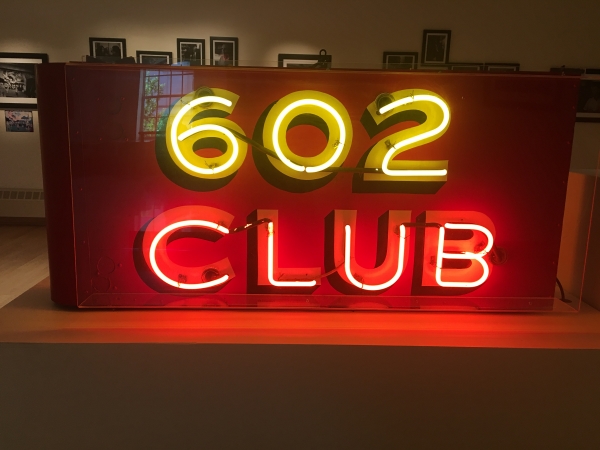 More came to just hang out on the shores of Lake Mendota. 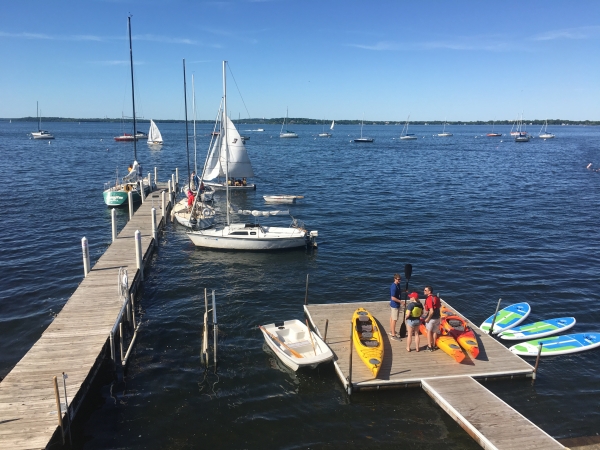 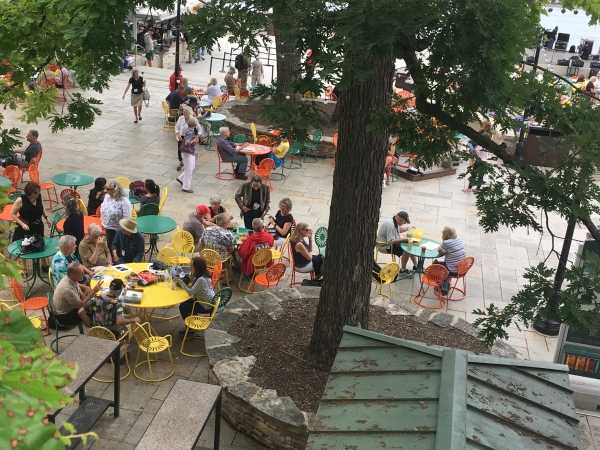 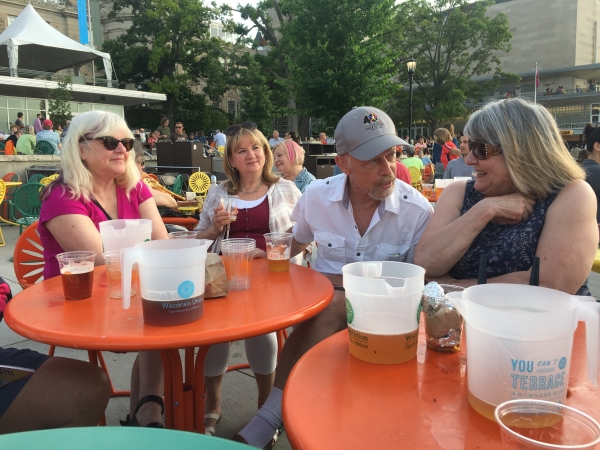 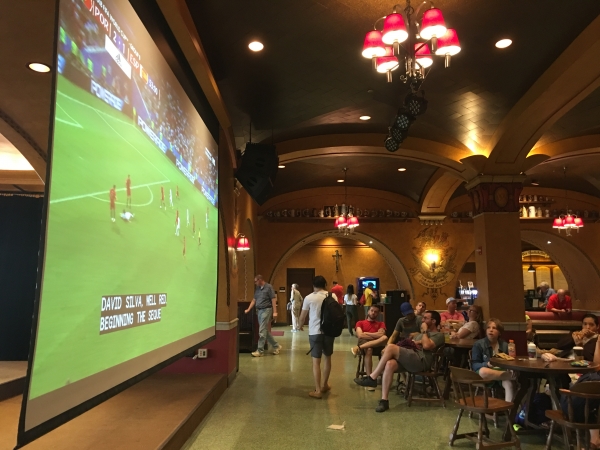 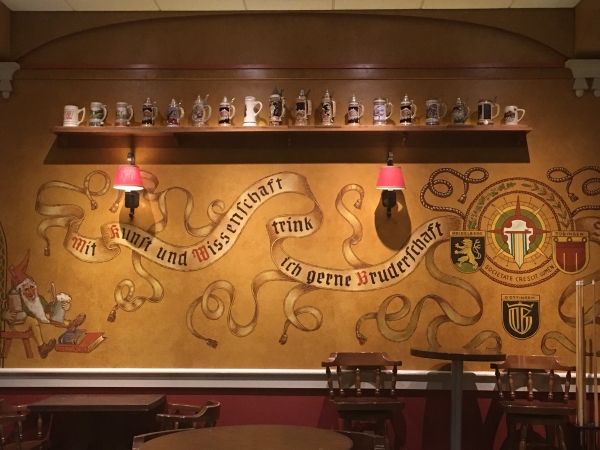 It’s called the Memorial Union, I suspect, due to the names memorialized in the oak tables. Although I don’t remember, Diane, ‘MULO’, I recall, stands for Memorial Union Labor Organization. And that goes back a ways. Someday all these table tops will be exhibited at the State Historical Society. 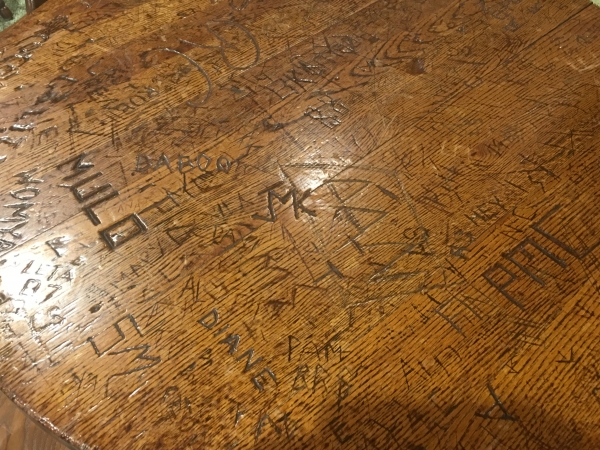 After the Terrace a few of us crowded into a car to visit – for historic reasons – a pub nestled on a golf course that was the successor to our now-demolished local near campus. Another round and burgers were consumed. 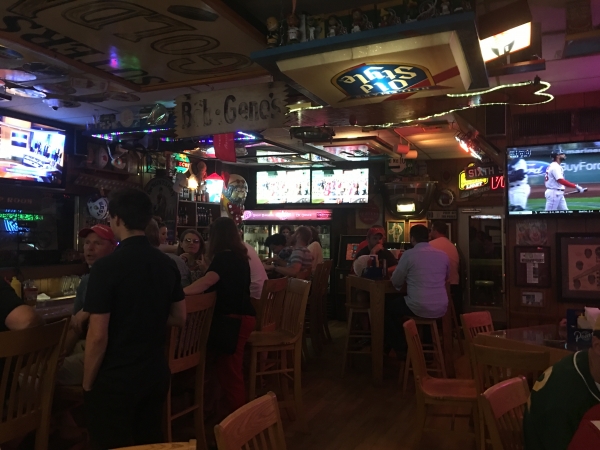 I characterize the visit as reminiscent of The Last Waltz (1978), Martin Scorsese’s film memorializing San Francisco’s Winterland arena venue, musicians, and an era; The Big Chill (1983), Lawrence Kasdan’s film depicting a weekend reunion of some college friends; and John Sayles’ The Return of the Secaucus Seven (1979). This participatory event was better than the fictional portrayals.

Co-star of the Reunion was The War at Home, Glen Silber’s documentary of the sometimes violent - antiwar movement of the 1960s in Madison WI (and the US). All sessions and events were filmed, and some attendees interviewed by Glen. I suspect that there will be a formal film documenting this 'Reunion'.

That I describe by reference to films is not accidental. Among the over 30 panels was ‘What's so Funny About Madison? The Comedy Connection", with Andy Bergman (screenwriter of Blazing Saddles), Jim Abrahams (writer of Airplane and Naked Gun) and PBS’ Michael Feldman. 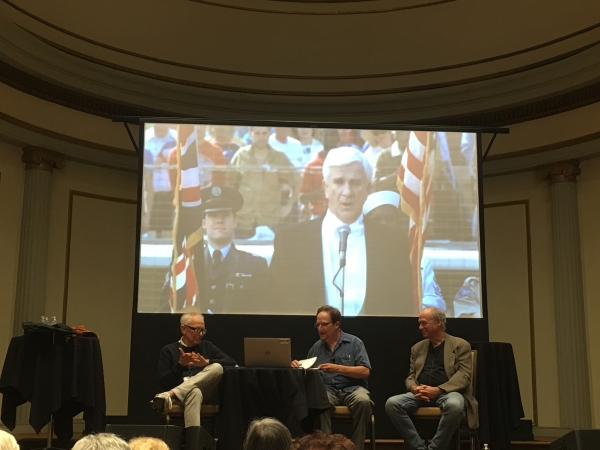 The film clips and commentary were hilarious. However, the panelists reflected that they would be unable to write scripts with the language and situations (say of Blazing Saddles) today. We, apparently, have evolved.

Why We Get High 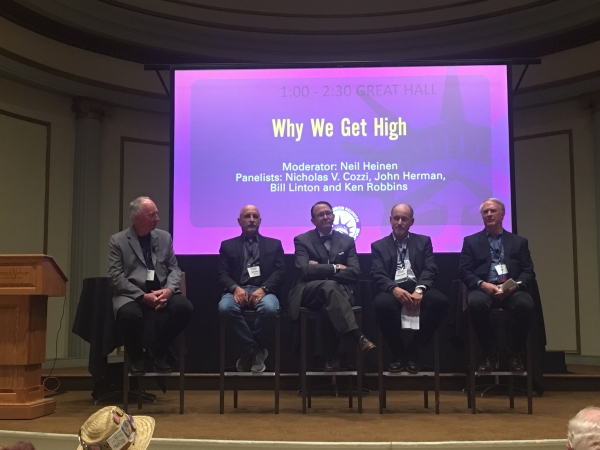 Another crowded session pondered “Why We Get High” – as if anyone could remember. The panel took the medical/ pharmacological approach describing the centers of the brain that get stimulated. One would think that given the audience the topic would be “What statins are you taking?”

The Fourth Estate
And another session considered the status of the press at the time. Some alumni and panelists (like Jeff Greenfield) were former writers at UW's Daily Cardinal.

The Daily Cardinal, October 19, 1967, conveys the campus ambiance at the time. It's hard to comprehend these activities in retrospect. Extracurricular activities had calmed down by the time I arrived three years later. As my friend and calculus TA reminded me: "You attended classes." However, UW Madison was known as the Berkeley of the Midwest. Today, a title like "Students Face Clubs, Gas" might be interpreted as an outbreak of flatulence downtown Palo Alto.

Lacking were most bar bands of the era from the numerous venues like Marsh Shapiro’s Nitty Gritty,

… including my favorite, Dr. Bop and the Headliners. I saw Dr. Newt Bop et al regularly at the Edgewater Hotel New Years Eves, and any venue that would hold crazed students jumping up and down. Their shtick was that they all had funny stage names, such as 'Ferret de Monte Cristo'. Sets started out with four gaudily clad musicians, building up to the dramatic entrance of none other than crooner, The White Raven. If only there were iPhones at the time to record the festivities. 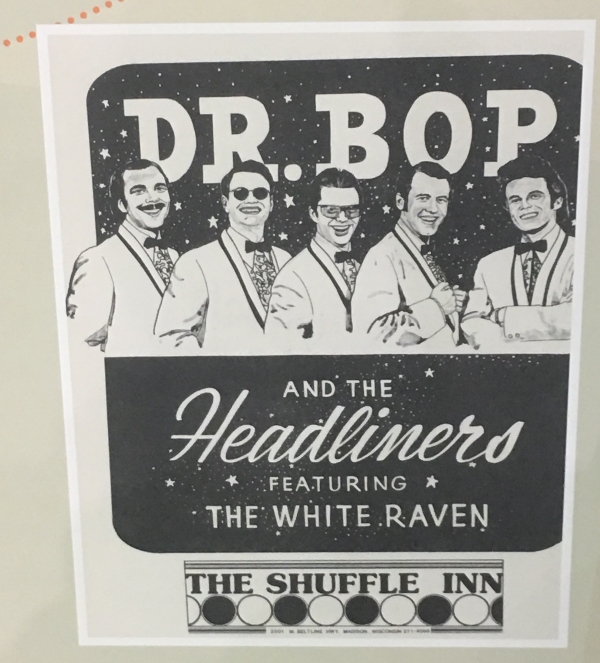 Finally, hidden in the Madison of the era was the death of R&B singer Otis Redding (‘Sitting on Dock of the Bay’) at age 26, in a plane crash in Lake Monona, Dec 9, 1967, enroute to playing at the Factory in Madison. 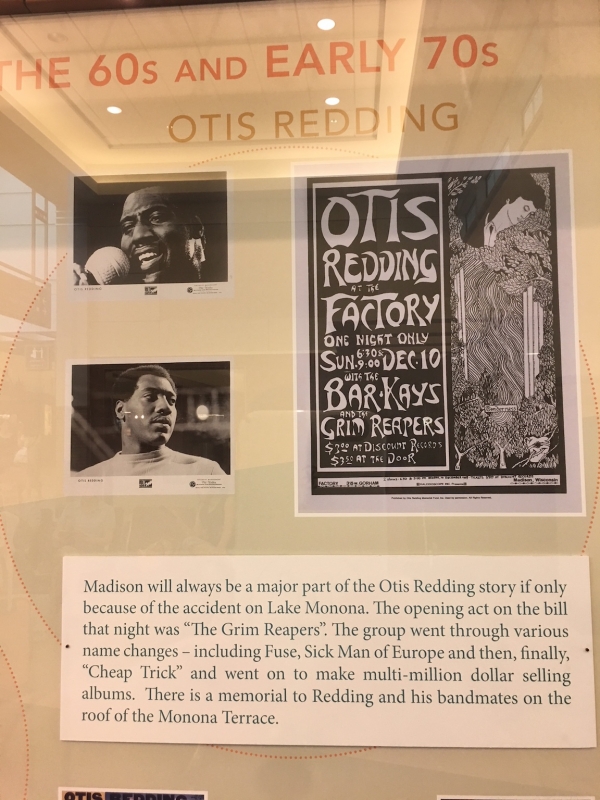 Some of the reassembled. 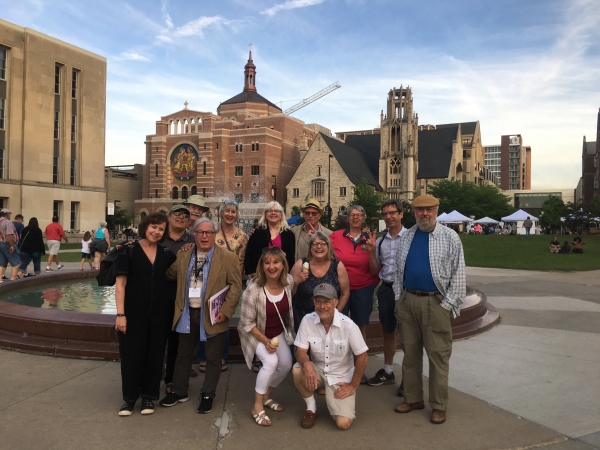 
Thanks for this wonderful recap of the Madison reunion. I wish I had been able to take in the entire three-day event, but one afternoon and early evening on the Terrace with old friends was enough to fill my heart. I really enjoyed reading this. We're still here!

'We believe in empathy and profitability.' This new company wants to redefine delivery for local restaurants
By Elena Kadvany | 2 comments | 4,649 views

Please Keep Your Dog Off of the Merry-go-round
By Cheryl Bac | 2 comments | 1,402 views

Couples and Premarital: How Do You Define Love?
By Chandrama Anderson | 0 comments | 1,031 views

Enter your best shots in the Peninsula Photo Contest. Open to anyone who lives, works or attends school within the 650 area code. There are both Adult and Youth divisions and six different categories to submit your digital images. Deadline for entries is March 22.