Uploaded: Nov 20, 2018
For the second year in a row, Redwood City's Vesta is the only Midpeninsula restaurant to make the Michelin Guide's Bib Gourmand list, defined as "restaurants serving up high-quality food at reasonable prices." 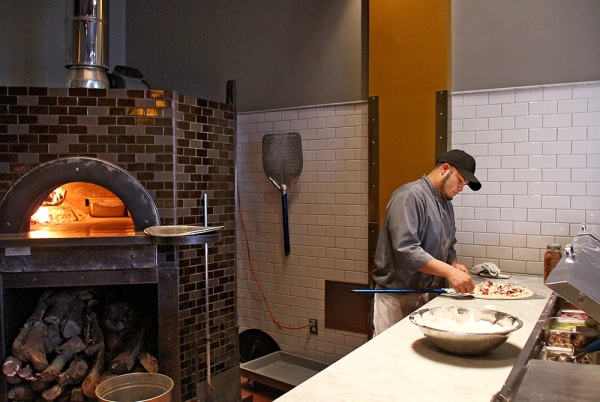 The wood-fired oven inside Vesta in downtown Redwood City. Photo by Veronica Weber.

Vesta, which opened at 2022 Broadway St. in 2012, has been a Bib Gourmand restaurant for at least five consecutive years. Peter and Courtney Borrone, the son and daughter-in-law of Cafe Borrone owners Roy and Rose Borrone, own the restaurant. Vesta serves small plates and wood-fired pizzas, like its ever-popular sausage and honey pizza with spicy Italian sausage, mascarpone, honey and Serrano chili. 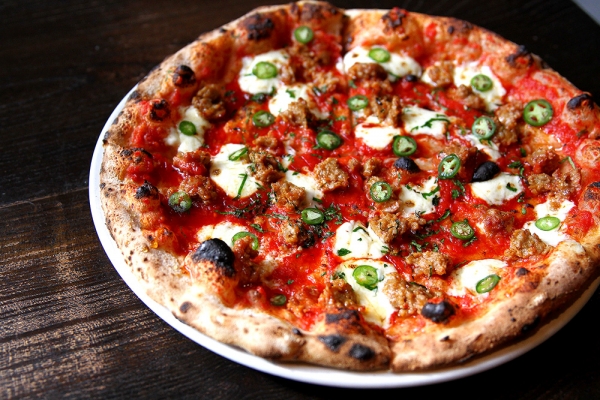 The Bib Gourmand list always serves as the amuse-bouche to the main attraction: the Michelin star announcements, which the guide will release next Thursday, Nov. 29. Last year, Baumé in Palo Alto, Chez TJ in Mountain View, The Village Pub in Woodside and Madera in Menlo Park all held onto their stars.

We have not been to Vesta, but it looks great! That block on Broadway is very busy with excellent restaurants and casual, stylish bars for young people. Also, I like that you can walk around and menu-shop for different cuisines; then get a table, often without a reservation. Thank you, Elena, for this post about Vesta!