Uploaded: Oct 8, 2019
From paella and pintxos to Ibérico ham, the new Telefèric Barcelona is a temple to Spanish cuisine.

Opening for dinner at Town & Country Village in Palo Alto today (Tuesday, Oct. 8), this is the second U.S. location for the Barcelona-based restaurant. Spaniard Xavi Padrosa runs Telefèric Barcelona with his sister, Maria. Their parents opened their first restaurant in 1992 in Sant Cugat, just north of Barcelona, and later expanded and renamed it Telefèric Barcelona. They eventually opened two more locations in Barcelona. Telefèric Barcelona came to the United States in 2016 when the owners opened in Walnut Creek. 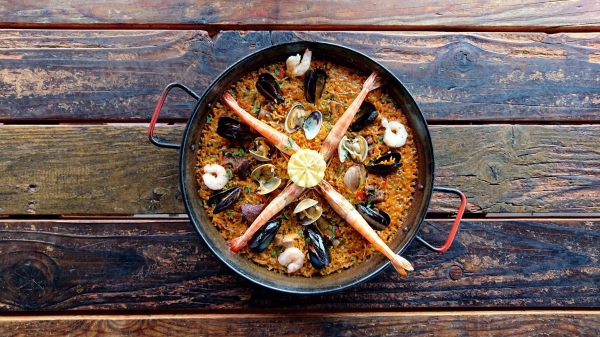 The Palo Alto space, last occupied by Calafia Cafe, is sleek and warm with an open kitchen, long bar, marble accents, plants and framed photographs of Spanish life, like artistic street tiles with a flower symbol from Barcelona and the running of the bulls in Pamplona.

Hostesses and waiters greet diners in Spanish. The restaurant makes a point to hire staff from Barcelona to maintain authenticity, Padrosa said in a previous interview. All Telefèric kitchens are overseen by chef Oscar Cabezas, a Barcelona native who went on to cook at Arzak, a renowned three-Michelin-star restaurant in San Sebastian. Palo Alto's executive chef is Eva de Gil, who is from Catalonia in Northern Spain. At a media and friends and family preview in Palo Alto on Monday evening, a Walnut Creek resident originally from Bilbao declared the food "the best I've had outside of Spain."

The menu features classic tapas, such as ham croquetas, 42-month cured ham from prized Ibérico pigs, grilled octopus flown in from Galicia and patatas bravas (crispy chunks of potato topped with Biscayne sauce and aioli). Entrées range from a 40-ounce ribeye steak and hanger steak with grilled potatoes to salmon with Basque curry and a cannelloni pasta roll with truffles, shrimp, mushrooms and burrata.

Large paellas, cooked and served in a traditional steel pan, serve two people and take 35 to 45 minutes to prepare. There's a lobster paella with shrimp, clams and cuttlefish (the most expensive at $49); the paella negra with squid ink and seafood; a mushroom paella with chicken, pork and green beans; and a vegetable versions with broccolini, cauliflower, Brussel sprouts and green beans.

Telefèric Barcelona serves several traditional desserts, including churros and flan, but the more unusual is the torrijas, Spain's decadent answer to French toast. Stale bread is soaked in milk with cinnamon and then fried until the outside is crispy and the inside is custard-like. It's made using Padrosa's mother’s recipe. 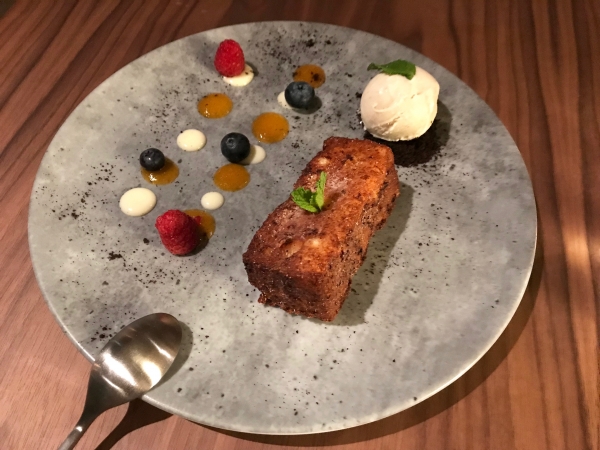 Telefèric Barcelona offers an extensive cocktail menu — several kinds of sangria, gin and tonics and other specialty drinks — as well as a Spanish-forward wine list. For $19, customers can order the "Burning Man Rum," for which a bartender rolls a cart to your table and theatrically mixes two drinks with fire using a small propane torch. 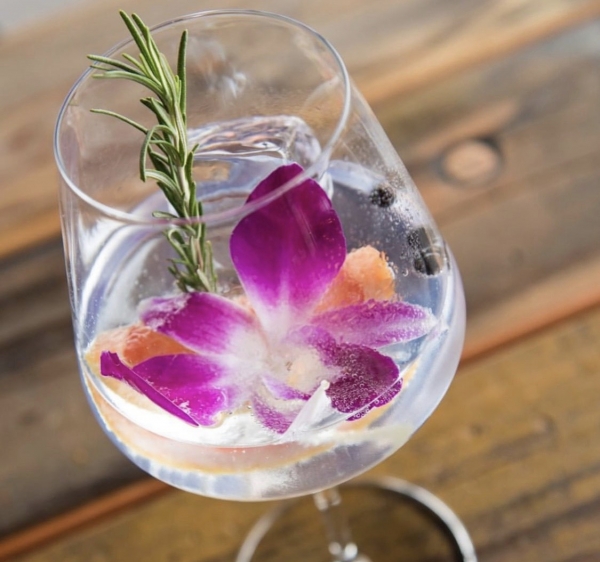 Connected to the restaurant is a retail market, El Merkat, that sells imported Spanish goods, including wine, beer, cheese, meats, olives, spices, chocolate and olive oil. A staff member will be stationed there full time to carve fresh ham. There will also be grab-and-go food, including gazpacho, salads, pasta and cocas, a traditional Spanish pizza on coca bread. 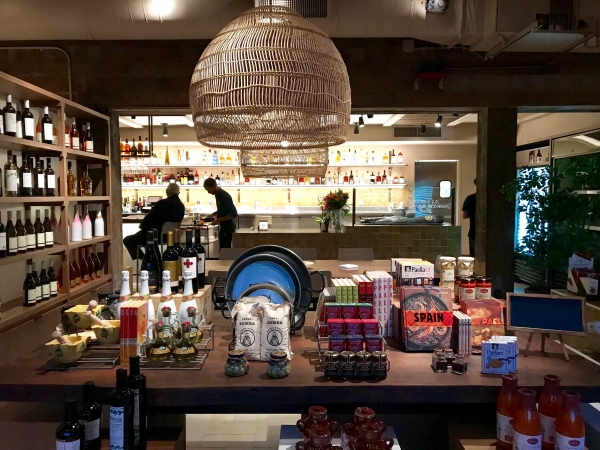 Inside El Merkat at Telefèric Barcelona in Palo Alto. Photo by Elena Kadvany.

The market will be open until early evening and will also be available for private events. Look for cooking classes and events like flamenco night in Palo Alto as well.

Padrosa has his own connection to Palo Alto: It left an impression on him as an international, food-loving city ever since he lived there while attending Foothill College in Los Altos Hills and then Golden Gate University in San Francisco. Padrosa lived in Palo Alto from 2005 to 2012.

Telefèric Barcelona will be open for dinner to start and then lunch in about a week, Padrosa said. Full hours will be 11 a.m. to 10:30 p.m. daily.

Go now! What an experience! Teleferic is undoubtedly one of the BEST restaurants in the area! Xavi, Maria and their team offer the best service around. We tried various cocktails including The Tourist and Catalan G&T and they were nice and strong. Each food item we ordered was also DELICIOUS. This ranged from the lobster and chicken Paella's, Crab Croqueta, Spanish meatballs, Tuna tacos (award-winning), Pulpo Telefèric, and the Crispy Pork. Each dish was savored and throughly enjoyed. They were also cooked to perfection and seized our appetites. We are beyond impressed with the service, atmosphere and most of all, the authentic food. What a great addition to the Bay Area and can't wait to go back!!!

This barbecue business was kicked out of Belmont. Now it's a Sunday fixture in Redwood City.
By The Peninsula Foodist | 2 comments | 4,742 views

Doing more with the natural spaces we have
By Sherry Listgarten | 8 comments | 3,382 views

Can the Memphis police behavior ever happen here?
By Diana Diamond | 29 comments | 1,640 views