Uploaded: Mar 9, 2020
In the Georgian language, "supra" refers to the communal act of gathering around a table to share a meal.

Shalva Dzotsenidze wants to spread "supra" -- and Georgian food and culture more generally -- through Tamari, his new Georgian restaurant in San Carlos. Despite Georgian food and wine's rapid ascension in the U.S. in recent years, restaurants that serve Caucasus cuisine still remain few and far between in the Bay Area. 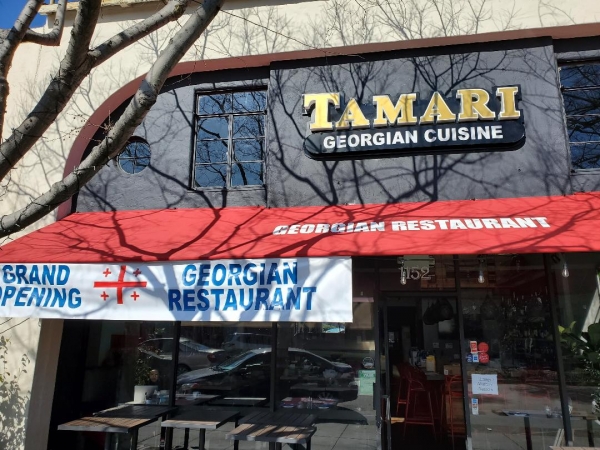 "There's no Georgian restaurant here except one in Palo Alto. When I asked people, 'Do you think we need another one?' People would tell me, 'Look, there are about 10 to 20 Italian restaurants in every town. Why can't we have at least one Georgian (restaurant) in every town?'" Dzotsenidze said.

Dzotsenidze, who's from Tbilisi, the capital of Georgia, opened Tamari at 1152 San Carlos Ave. in late February. He was a partner in the space's previous business, Greek restaurant Agora.

Dzotsenidze came to the United States through an exchange program in 1995. In Georgia, he said he faced persecution for his involvement in the anti-communist movement. He recalled widespread arrests of demonstrators in 1989, after which he fled to the mountains in Racha, where he and family members ran a farm and a small cafe.

"That was my first restaurant experience," he said.

Dzotsenidze, a Palo Alto resident, described Tamari as "authentic" and committed to quality. The restaurant prepares khinkali (meat- or cheese-filled dumplings) from scratch, makes fresh bread and sulguni, a brined Georgian cheese, in house and imports spices from Georgia that aren't available in the U.S. (Unfortunately, due to local health department regulations, the restaurant can't make bread in the traditional Georgian way — baking it in a tone, or a hot clay structure that's buried partway underground and requires an experienced baker to manage, Dzotsenidze said.)

In the style of "supra," the Tamari menu is split into cold and hot small plates, entrees, breads and sides (plus soups, salads and dumplings), all meant to be shared family-style.

"This recipe was developed over centuries," Dzotsenidze said of shkmeruli. "We didn’t come up with new recipes. We did not alter recipes. We just stay with the way we cook in Georgia." 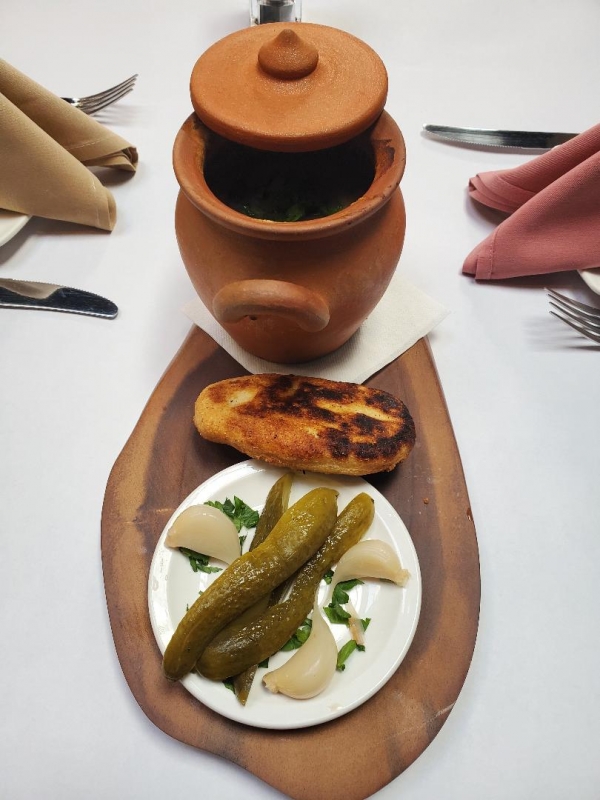 Other dishes include blackberry-glazed quail, whole grilled branzino, eggplant rolls stuffed with a walnut pesto and ajapsandali, a vegetarian stew.

Dzotsenidze, who studied wine under San Francisco Wine School founder and master sommelier David Glancy at the now-closed International Culinary Center in Campbell, was initially skeptical about serving Georgian wine at Tamari, but said the options have "improved tremendously" in the last few years.

Dzotsenidze named his restaurant in honor of three women who share the same name: his daughter, his late grandmother (who partially raised him) and a popular 12th-century queen, the first woman to rule Georgia.

Excited about Georgian restaurant in the City of Good Living :) Georgian food, and especially wines, are so unique. Go Sakartvelo! Web Link


"Meanwhile, kubdari is filled with chopped beef, onion, cannabis seed paste and spices. Kubdari originated in a mountainous region where fewer vegetables grow, hence the meat filling, Dzotsenidze said." I feel like meat is not the part of the filling that requires further explanation.

Stroll the streets of Paris on the Peninsula with Bon Marché
By The Peninsula Foodist | 7 comments | 11,020 views