Uploaded: Apr 14, 2020
Merrick Dowson, founder of Adventures in Wine in Daly City, died on April 10 from COVID-19, the company confirmed.

"Merrick was a force in the industry and is missed by many," said Erin Lamson, managing director for Adventures in Wine.

Dowson, a native of England, worked in the London wine industry before coming to the United States in the 1970s to "check out (the) growing interest in California wine," the company website states. He started Adventures in Wine in 1986 "with the goal of importing the finest wines from around the globe." 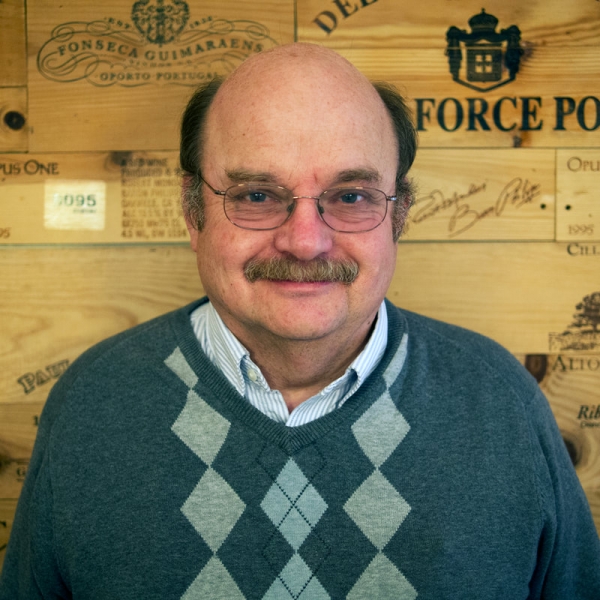 Adventures in Wine helps wholesalers, retailers, and people who have purchased wine abroad with the logistics of importing wine to the U.S. The company also offers storage in 500 temperature-controlled wine lockers housed in an alarmed warehouse with closed circuit video monitoring.

Merrick's daughter, Laura Dowson, said her father was hardworking with an undying passion for wine and the business he built "from the ground up."

"This business -- he wanted nothing more than for it to be successful. He really took great pride in it," she said. "He loved what he did and he was so happy doing it."

He raised the family in Mountain View, and often took his children along for work-related errands, including a trip up the Mendocino Coast to meet the man he bought the business from and dropping wine off at customers' homes, Laura said. During summers, she would take Caltrain from Mountain View to Daly City and work in the Adventures in Wine warehouse. From a young age, he instilled in her the importance of building relationships.

"He had so many friends. Everyone trusted his opinion on wine. He knew everything about wine that you could imagine -- the different varietals and what made each unique," she said. "He had friends all over the world that he would visit and represent their wines and distribute them here through the company."

Alex Bernardo of Millbrae natural wine shop Vineyard Gate said Dowson was one of his "key distributors" when he first opened in 1998. Dowson used his international network to import and distribute wines mainly from France but also Portugal, Oregon and Washington, Bernardo said.

"He mastered the ins and outs of importation when there were only a few wine importers. He was one of the first independent wine importers in the Bay Area," Bernardo said. "California wine retailers like K&L, Wine Club and many more individual shops used him to import wines for them. Later these companies developed their own importation but they learned much of that Merrick."

Bernardo said he believes Dowson was the first in the Bay Area to provide importation services to individual people buying wines in France and other parts of Europe, and one of the first to offer temperature-controlled wine storage lockers.

Gerald Weisl of Weimax Wines and Spirits in Burlingame started purchasing wines from Adventures in Wine in the 1980s. Dowson was known for having the "best" selection of Port wines through connections to the British Port trade, as well as ""gray market" champagnes, Weisl said.

"He had a good sense of humor and an appreciation for good wine (of course)," he said.

Weisl recalled an "over the hill" dinner organized for Weisl's 30th birthday, complete with an extravagant menu with wine pairings: anchovy puff pastry strips served with a 1952 Krug private cuvee champagne and a stuffed leg of lamb with a magnum Chateau Pichon de Lalande.

Wilfred Wong, chief storyteller at Wine.com, described Dowson in a Facebook post as "always clever and sharp of wit."

"He nurtured and helped many of us in the industry, and he taught us how to appreciate Porto," Wong wrote. "Tonight's libation will be a glass of Port in Merrick's honor."

Dowson's daughter said when he got sick, he initially had "mild" symptoms -- he was in fairly good health and had no major health issues -- but that the virus quickly worsened.

"It's really important that people follow the direction of the health care professionals," she said. "It's important for everybody to be very vigilant and not take it lightly."

My Husband David Granshsn and I were Close Friends to Merrick over many years.
David met Merrick over 40 years ago at a German Wine Import Co.; Chrissa Imports.
They became Good Work Friends and enjoyed a longtime friendship.
We both Miss Merrick and will hold fond memories of him forever!

Report Objectionable Content
Posted by Deborah Stratmann, a resident of another community,
on Apr 27, 2020 at 10:44 am


Merrick and I worked together in the wine business. We began in a Palo Alto business until Merrick opened Adventures in Wine on his own. I did the administrative he did wine! Eventually Adventures in Wine moved to Daly City. I remained as administrative assistant for a few years eventually leaving to care for my family and go back to school. We remained friends but lost touch until recently. He was one of those really good people. A beautiful soul - always with a chuckle. I shall miss you Merrick.

Report Objectionable Content
Posted by Deborah Stratmann, a resident of another community,
on Apr 27, 2020 at 10:44 am


Merrick and I worked together in the wine business. We began in a Palo Alto business until Merrick opened Adventures in Wine on his own. I did the administrative he did wine! Eventually Adventures in Wine moved to Daly City. I remained as administrative assistant for a few years eventually leaving to care for my family and go back to school. We remained friends but lost touch until recently. He was one of those really good people. A beautiful soul - always with a chuckle. I shall miss you Merrick.