Uploaded: Jun 15, 2020
When Maum reopens in Palo Alto later this summer, it will no longer be the intimate, communal dining concept its chefs originally conceived of.

Maum will instead sell housemade pantry items, imported products from Korea and Japan, meal kits, farm boxes and baked goods made by up-and-coming local pastry chefs, according to a newsletter the restaurant sent out on Sunday evening. 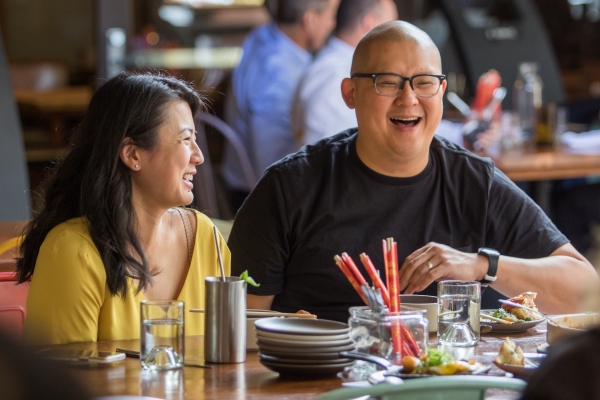 Maum co-chefs Meichih and Michael Kim have lunch at Orchard City Kitchen in Campbell in 2019. Photo by Veronica Weber.

"Although we are saddened by what feels like a premature ending to such a memorable place, we have grown excited about the changes to come," the email reads.

Co-chefs Meichih and Michael Kim declined an interview at this time.

The coronavirus has forced a reimagining of one of the Peninsula's most successful restaurants. Maum, which means "from the heart" in Korean, began as a high-end private dining space at 322 University Ave. before opening to the public in 2018. Less than a year later, the Kims won their first Michelin star.

Maum served modern Korean tasting menus at a 16-seat communal table, much of the fare drawing on produce grown exclusively for the restaurant at a private farm in Los Altos Hills. 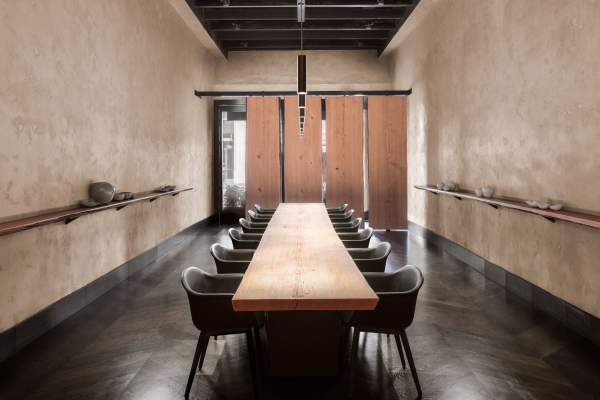 Maum briefly reopened for takeout in May, offering meal sets along with kimchi, seasonal pickles, ssamjang and boxes of produce from the private farm. They were checking masked-and-gloved employees' temperatures daily, allowing no more than five staff to work in the restaurant at a time to maintain physical distance and conducting several "deep cleanings" throughout the day. They stationed an automatic hand sanitizer dispenser outside next to a vase of fresh flowers from their Luna Vez Farm.

"Pivoting to a takeout model is not sustainable for any full operation restaurant," the Kims said in late March, before they reopened for takeout.

Maum will be closed through early July. It will return as a retail operation with pantry items, meal kits and weekly specials from the Kims, all available through Tock.

They also plan to host guest pastry chefs who will offer a rotation of pastries, cakes and breads. (Charles Chen, a partner at Maum, recently started offering his Japanese-inspired Basque cheesecakes for pickup out of the restaurant once a week.)

"This incubation program will not only allow these rising talents a space to create, but could also provide the community with one of the first tastes of something potentially undiscovered," the Maum newsletter reads.

In the fall, they plan to launch Maum Kitchen, an online shop selling Maum pantry goods and kitchen and dining products from Korea, Japan and other parts of Asia.

And "when a normalcy to indoor dining can be established, we hope to provide the community with more memorable experiences once again," the email reads. "It was a magical couple of years but we hope to recreate it for you soon."

Premarital and Couples: What Does Sex Mean to You?
By Chandrama Anderson | 0 comments | 1,781 views

'Ignoring what's wrong has never made anything right'
By Diana Diamond | 4 comments | 1,697 views

The MP City Council Changes Downtown Street Closures Again and Extends the Trial Into 2021. Is this Enough?
By Dana Hendrickson | 10 comments | 1,453 views