Uploaded: Jul 1, 2020
Sadly, there will be no socially distanced version of the Palo Alto Chili Cook Off this year, a festive July 4th event that for decades has brought people to Mitchell Park to taste locally made chili. 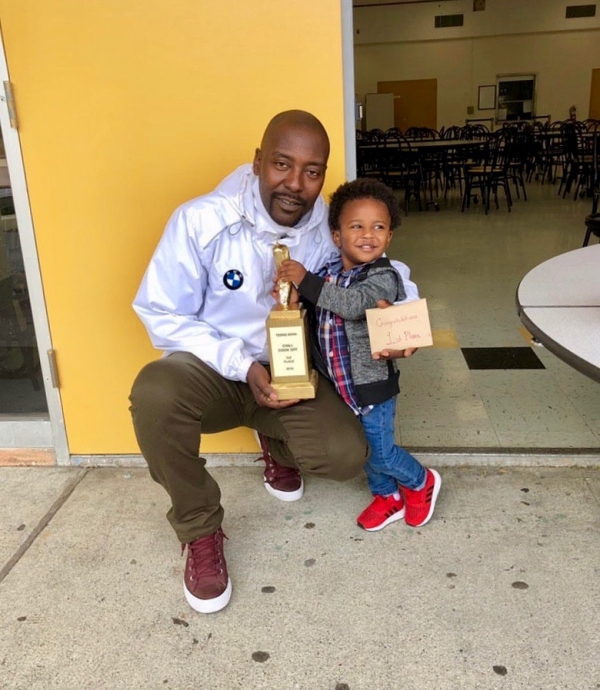 Brown, a San Francisco native who grew up learning how to cook from his mother and grandmother in Pacifica, is effusively proud of his chili. It also took home awards at chili competitions in Pacifica and Castro Valley.

"Ultimately I have the best award-winning three-way chili in the entire world, I believe. But that's just what I believe," Brown said.

Brown's three-way chili gets its name from the three types of beans (black, white and kidney) and three types of meat (ground chuck; boneless, skinless chicken breast and filet mignon) he uses. 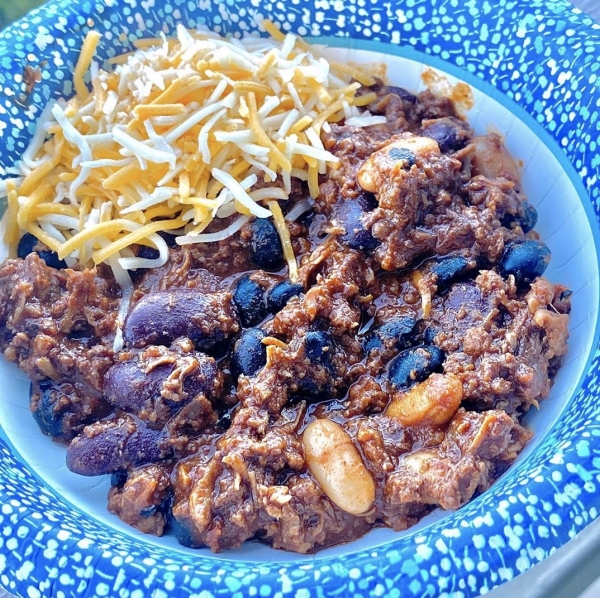 Brown started making chili last year. He had been thinking about his late father, who used to make chili from a frozen brick of meat and spices. He wanted to create a fresh, updated version using more than one meat. He made two gallons of chili and brought it to a gathering at a friend's house where a group of people, he said, went quiet after their first bites.

"When the conversation stops ... you know you're onto something," he said.

Good luck asking Brown for the full recipe; he holds that tight to his chest.

But he does have tips for home cooks who want to try their hand at making chili for the Fourth of July.

Using fresh ingredients is key, as well as consistency.

"Consistency is very important. Make sure you're using the same amount of each product you cook with," he said.

He cooks all the meat separately. He encouraged creative seasoning — "put your own twist on it" — with herbs like rosemary, thyme and cilantro.

Brown makes sure to constantly stand watch over the chili, stirring and seasoning until it's thickened.

"A common mistake people make is walking away from the kitchen and not stirring the pot. It's like a spaghetti sauce: You gotta keep stirring that pot, making sure nothing is sticking to the bottom," he said. (He also treats his pots and cooking utensils like old friends, talking to them while he's cooking.)

To check whether the chili has achieved the desired texture, he applies "the spatula challenge, which means if my wooden spatula doesn't stand up by itself in the middle of my three-way chili it's not thick enough."

Brown likes to top his chili with chopped red onions and shredded Colby-Jack cheese. (He'll reserve one corner of his bowl for the cheese so it doesn't melt over the entire surface.) Other options: Serve the chili over rice or with cornbread.

For Brown, cooking is his "family trade." His grandmother was a pastry chef at the Transamerica building in San Francisco, his mother was a cook at a retirement home for many years, his aunt ran a restaurant in San Francisco and his brother and sister-in-law owned a cupcake shop in the city.

He quickly graduated from his first-ever cooking experiment as a 4 year old — melting down Now and Later candy in the oven — to grilled cheeses, hamburgers and fried chicken. Brown later worked as a carver at Boston Market and helped out at his brother and sister-in-law's bakery while barbecuing seriously on the side.

In October, Brown was invited to serve his chili at the Palo Alto Black and White Ball. After the event, he found himself with five or six leftover gallons — too much to throw away or to give away for free. He decided to sell it at construction sites he drives to for work, which eventually became popular enough that he decided to start MB's Place, his catering business.

Brown said he's seen a recent spike in sales due to media lists encouraging people to support local Black-owned businesses in the wake of the death of George Floyd at the hands of Minnesota police.

Brown has been planning on purchasing a concession trailer to take his catering business on the road, and the increase in business means he'll be able to do that much sooner, he said.

He'll also soon be serving his three-way chili on Sundays at the San Carlos Farmers' Market, which remains temporarily closed due to the pandemic but is set to reopen soon.

If laboring over a pot of beans and meat for the Fourth of July isn't your thing, you can order chili from Brown by calling 415-748-4222. MB's Place is also available for delivery on DoorDash, generally Tuesday-Saturday from 11 a.m. to 8 p.m.

Chili today, hot tamale? Sorry, going stir crazy, I've been in confinement too long. However, in my endless quarantine, I've made Risotto with mushroom cakes from a recipe I learned from John Bentley. They can be frozen, then sauteed and served on demand.

Report Objectionable Content
Posted by A German American, a resident of Adobe-Meadow,
on Jul 3, 2020 at 4:11 pm


We grind our own meat & make sausages for the 4th.

A classic Bavarian recipe and washed down with gallons of beer.


Great story, looks wonderful and hats off to your chef skills!
You should listen to Ron White a stand up commedian.
Was in Cincinnati for a gig and went to a chili house on a corner.
He exclaimed to the "kid" how so many street corners in Cincinnati
have chili joints. ""kid" replied in his cincinnati ohio accent.
WE ARE THE CHILI CAPITAL OF DA WOILD....
Ron said he replied: Kid I could get a guy from mexico on a burro
with a bag of beans and would kick your axx. And would walk home as
used the burro for the meat. hahahahahah was most funny. Find on youtube.
BTW, true chili does not have beans LOL... True Dat.
Cheers congrats on fabulous article and winning chili recipe
III


Speaking of chili, I'm willing to wager that few here are familiar with Frito Pie.

It's very popular in Texas and New Mexico.

This barbecue business was kicked out of Belmont. Now it's a Sunday fixture in Redwood City.
By The Peninsula Foodist | 2 comments | 4,365 views