Uploaded: Aug 17, 2020
After an "overwhelming response" from customers who were dismayed at the news earlier this month that MacArthur Park would be shuttering until 2021, the longtime Palo Alto restaurant reopened for takeout only, said spokesperson Michael Davis.

"Our loyal customers were asking us to please keep curbside delivery and to go open," he wrote in an email. "It's so heartwarming to have seen all the support we have had over the years so for now we will carry on with this until we can open our in-dining again, when this pandemic is better controlled." 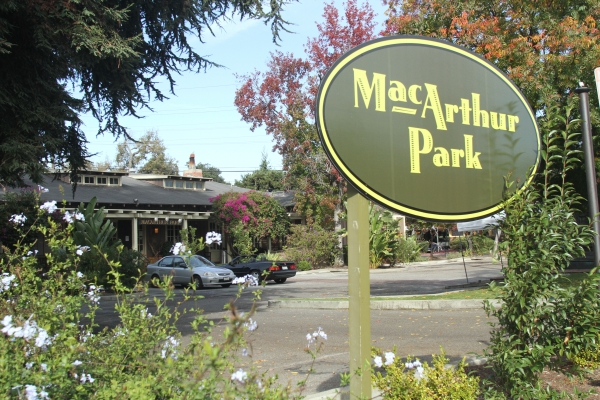 The longtime MacArthur Park at 27 University Ave. in Palo Alto. Photo taken in 2012 by Veronica Weber.

MacArthur Park had announced that Saturday, Aug. 8, would be its last day of business until next year, citing "challenging economics" and the health and safety of customers and staff. Davis said the last two days of business, MacArthur Park’s outdoor patio was "packed." They decided a few days later to bring back takeout.
The to-go menu includes several salads, tri tip, a full or half rack of baby back pork ribs, barbecued and fried chicken, burger and kids' dishes.

The 27 University Ave. restaurant, which opened in 1981, is serving food to go Tuesday-Saturday from 4-8 p.m., available via curbside pickup or delivery.