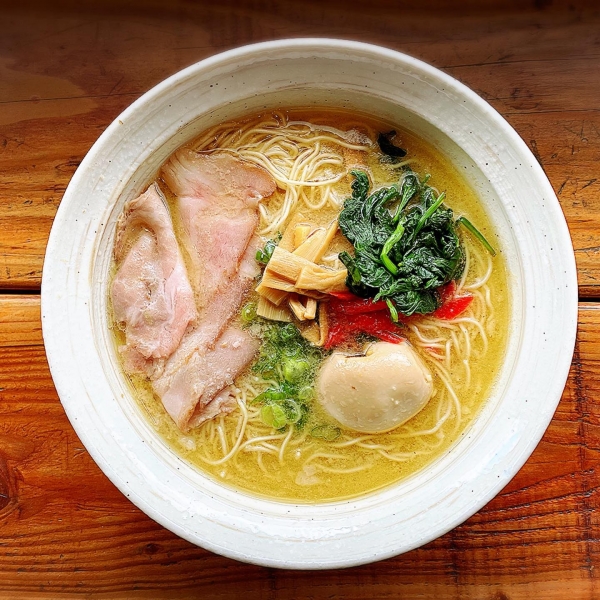 Iwahashi said he had thought about leaving Mountain View before but the decision was accelerated by the impact of the pandemic. Shalala's sales are still down 50%. With only two outdoor tables, he's had to sustain the business mostly on takeout while competing with other downtown restaurants that have more outdoor seating. He said his landlord deferred rent for two months, but staying afloat was still a challenge,

"I'm looking at the future, that the coronavirus is going to be (here for) a couple more years. That's why I want to do something new," Iwahashi said.

His new venture, called Fugetsu, will sell packaged Japanese food, such as bento boxes, onigiri, okonomiyaki and kushikatsu. There will be no restaurant service; it will instead operate as a pickup operation.

Fugetsu is opening at the Saratoga Avenue shopping center that also houses the Japanese Mitsuwa Marketplace. Iwahashi hopes to open in November.

Shalala is not the only closure in downtown Mountain View. Flights on Castro Street has closed permanently, owner Alex Hult confirmed. The closure followed Hult's Mountain View landlord suing him this summer for back-rent payments. The lawsuit has since been settled, Hult said.

Editor's note: This story was updated to correct the fact that Iwahashi's landlord did defer his rent for two months.

Dan Waylonis is a registered user.


Bummer! It was consistently tasty!

Report Objectionable Content
Posted by Brian P, a resident of Shoreline West,
on Oct 22, 2020 at 3:32 pm
Brian P is a registered user.


Always a shame to hear of a restaurant closing down, although I never went there; my ramen go-to place was the much-missed Ryowa.

Bigger bummer for me is the news that HeyOEats is no more. I only discovered that place late last year and thought it was great! Plus they served beer ... good beer at that. I'll continue to frequent Ava's, but will really miss HeyOEats.

Report Objectionable Content
Posted by Dave, a resident of South of Midtown,
on Oct 22, 2020 at 7:37 pm
Dave is a registered user.


I am so sorry to see Shalala close. I introduced my kids to great ramen there. Their Spicy Miso Ramen has been a go to for us for years. We are so sad to hear this news.

Report Objectionable Content
Posted by MACS, a resident of Another Mountain View Neighborhood,
on Oct 23, 2020 at 10:52 am
MACS is a registered user.


Please, some leeway. My comment is on topic and speaks to the heavy price that small restaurant and bar owners face.

So sad to see Shalala, HeyOEats, Flights and many other restaurants/bars close. The impact of the virus has SCC particularly focused its attention on the restaurant and bar business. SCC has done everything possible to hamstring outdoor dining, the rules are forever changing by our medical professionals. Most recently, TV's (sound off or on) are now prohibited outside (and inside). TV's are being turned off in Mountain View to stop the spread of Covid-19. Besides "masking up" during bites, as Gavin recommends, we should not allow people to speak loudly except while protesting.

Airports have TV's, why can't we? "It's always easier to pick on the little guy". I'm guessing Levi Stadium and Disneyland will open before TV's are allowed to be turned back on in Mountain View,

Sara Cody..."No entertainment is allowed at this time. This includes live entertainment and entertainment on screens (e.g. TVs and movie screens). Low-volume background music that does not require customers to raise their voices to be heard is allowed."

I use to watch Sunday Football and enjoy brunch at Stephen's Green inside with my family/friends prior to the Covid crisis. Mostly no sound for all the broadcast games except for the national broadcast (local game of the week). I looked forward to enjoy brunch and a game with my family outside during game day once outdoor dining returned. Stephen's provisioned 2 TV's outside. Apparently TV's now cause the Covid spread. If volume is a problem (the spread of Covid-19), there is a mute button.

Restaurant and bar closures are truly sad. What's not funny is that wine tasting at Plumpjack winery has always been A-OKAY (Gavin's place). You can make a reservation, drink without ordering a substantial meal, grab a picnic table with 5 other non-family members, remove your masks, grab your tablet, tunnel into your sling box and enjoy a football game, day drinking outside during normal business hours. Gavin Newsom is a lucky man. He and his wife made ~$600K last year from Plumpjack. I guess if you want to sit outdoors and enjoy a drink with friends, the only place to go is Gavin's PlumpJack or any other winery for that matter.

Report Objectionable Content
Posted by Ron Wolf, a resident of Old Mountain View,
on Oct 23, 2020 at 5:38 pm
Ron Wolf is a registered user.


Oh foo! Shalala made such wonderful soups! Spent many a chilly evening being warmed by them. And, in the days, the atmosphere inside was quite Tokyo-like, many happily satisfied people in a small space. Shalala will be missed!!!

How we eat away at our open space, even in Palo Alto
By Sherry Listgarten | 5 comments | 7,400 views