At long last, Ludwig's German Table to open with beer and brats in Mountain View 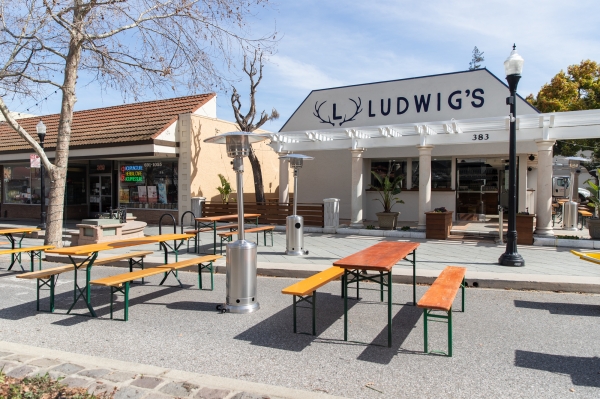 Ludwig's German Table is gearing up to open on Castro Street in Mountain View. Photo by Magali Gauthier.

Ludwig's will open on Thursday, March 11, at 383 Castro St. The German restaurant and beer garden, the owners' second location after the original in San Jose, has been under construction in fits and starts since 2019, and faced major delays even before the coronavirus shutdown.

"It's unbelievable relief to finally get here," co-owner Ben Bate said. "It's starting to feel like a beer garden and not a construction site."

The Mountain View Ludwig's has 16 beers on tap, which will focus heavily on German beers to start but rotate in local brews as well. With double the tap capacity of the San Jose location, Bate has more room to play around with the draft offerings. Draft beers are available in 0.2 liter, half liter, liter or 2-liter "das boot" sizes. 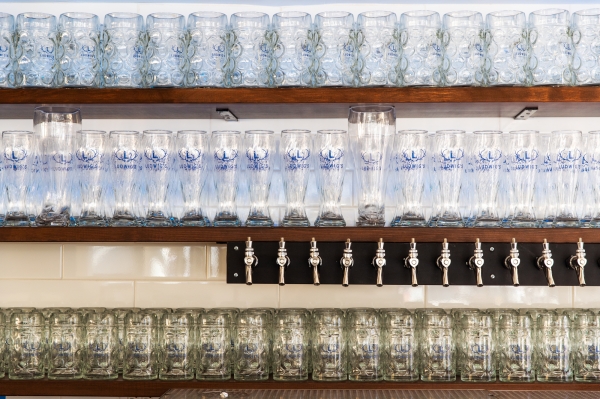 Customers can preorder food and drinks online and dine outdoors or pick it up to go. Ludwig's has ample outdoor seating, including a few extra tables on Castro Street due to the street closure, and will offer table service. Following county public health guidelines, no more than six people can share a table. They don't plan to serve people indoors yet, Bate said. 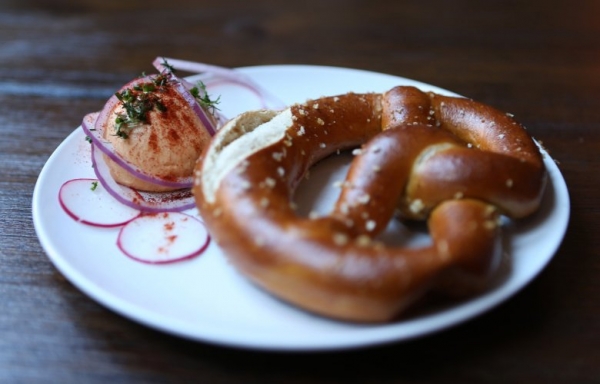 Bate and Jacobi temporarily closed Ludwig's in San Jose in late November to keep the business afloat during the pandemic. They saw business drop during the winter months and were starting to lose money, Bate said.

But they reopened in early February, and are already optimistically planning for major events at both locations this year. They hope to safely host Oktoberfest and an annual Christmas market in Mountain View.

For current hours and to place an order, go to ludwigsmv.com.

SRB is a registered user.

Report Objectionable Content
Posted by Kevin, a resident of another community,
on Mar 7, 2021 at 9:50 am
Kevin is a registered user.


I live near the Ludwig's in downtown San Jose. Great place, and I'm glad to see them open a new location, and Castro St. is perfect. They spent a fortune updating the old Germania Hall at the San Jose location, then a homeless housing high rise was built across the street, and diners were scared away by open drug dealing and aggressive pan handling on the outdoor dining patio. Really too bad. I wish them well at the new location.

Report Objectionable Content
Posted by Rose, a resident of Mayfield,
on Mar 8, 2021 at 10:51 am
Rose is a registered user.


I HOPE HOPE HOPE they'll make Topfenstrudel. It's so amazing.

Report Objectionable Content
Posted by Jim Neal, a resident of Old Mountain View,
on Mar 11, 2021 at 3:57 pm
Jim Neal is a registered user.


I wish them luck! The Council has not been kind to small businesses in Mountain View. Especially bars and restaurants. Hopefully Big G won't want to redevelop their space.

Doing more with the natural spaces we have
By Sherry Listgarten | 6 comments | 2,590 views