Uploaded: Mar 22, 2021
While John Shelsta's Love for Butter pop-up is on a temporary hiatus, two bakers have stepped in to fill the sweets void: a former Tartine baker and Vina Enoteca's former pastry chef. 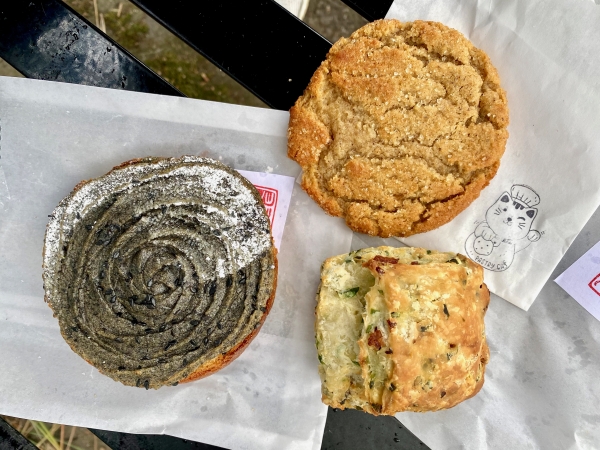 Clockwise from top: a miso brown butter cookie from the Pastry Cat and a lap cheong-garlic chive biscuit and black sesame bostock from Year of the Snake Foods. Photo by Elena Kadvany.

Patty Lu, who started her baking career at Tartine Bakery in San Francisco, is temporarily overseeing the bread program at Vina Enoteca on Welch Road in Palo Alto (where Shelsta has been baking for the last few months) and making pastries for Tono Coffee Project on Lytton Avenue in Palo Alto, which usually serves Love for Butter baked goods.

Lu was a line cook in San Francisco before delving into baking. She later started the bread program at The Charter Oak Restaurant in St. Helena and worked at Tartine for several years. As head baker at Tartine Seoul, she helped to open the bakery's first location in Korea. For the last few years, she's baked Roy Shvartzapel's famed panettone during the holidays for Panettone From Roy.

Last fall, Lu started her own endeavor: Year of the Snake Foods, a pop-up with items like sesame-scallion focaccia, kimchi and langue de chat, delicate cookies filled with tahini, black sesame or white chocolate. Her creations reflect her Chinese-American upbringing in Cupertino, her years of baking naturally leavened bread in the Bay Area and her time in Seoul.

"For me, incorporating Chinese flavors — I want it to be more mainstream," she said. 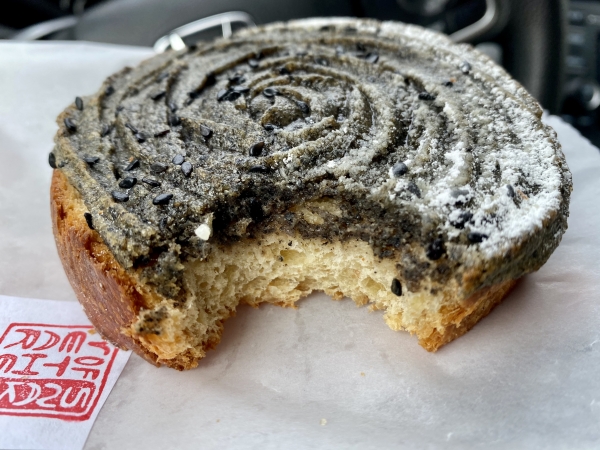 She said when she would bring Tartine bread home to her Taiwanese parents, they eschewed the crusty sourdough bread for soft white breads from Chinese bakeries.

"My whole background has been making European pastries and breads," she said. "I want to make stuff that they like to eat."

Lu is also making classic focaccia, sourdough baguettes and other breads for Vina Enoteca's Mercato, which is open Tuesday-Friday from 11 a.m. to 4 p.m. at the restaurant. She hopes to host Year of the Snake Foods pop-ups there as well.

Also in the pastry case at Tono are new sweets made by Nariya Charoensupaya, who runs cottage bakery operation Pastry Cat in Sacramento. Charoensupaya, Vina Enoteca's former pastry chef, previously managed the kitchen team at the Italian restaurant with her husband, who was then the chef de cuisine. She's worked in the Bay Area restaurant and bakery scenes for about a decade, including at Mourad and Le Marais Bakery in San Francisco. Last summer, she decided to branch out on her own and started Pastry Cat.

"My products are a reflection of who I am and what I would like my customers to experience," Charoensupaya said. "I was trained mostly in French pastry techniques, but I love to incorporate Asian influenced/inspired flavors to my products as that is what I love, and what I grew up with." 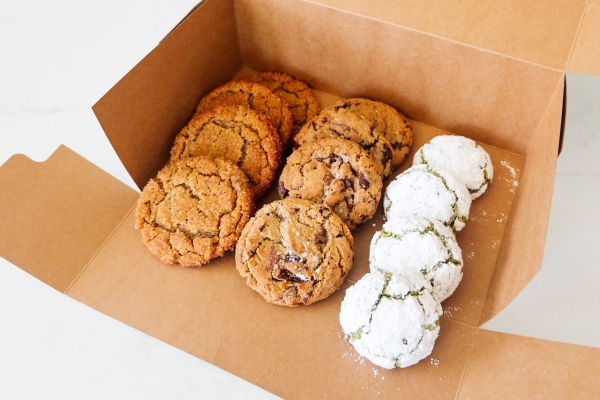 Charoensupaya is Thai-American. She was born in the United States and grew up in Bangkok. She makes sweets like matcha yuzu almond cookies, salted butter caramels infused with genmai (toasted rice) and milk tea tiramisu, plus buckwheat shokupan bread. She developed her own recipe for miso brown butter cookies (which you can find at Tono) and painstakingly adjusted the ratios over and over again to yield a super chewy texture and sweet-savory balance.

"I'm very big on balancing everything -- flavor, texture, temperature (when possible), no matter how simple or complex the product may be," Charoensupaya said.

Tono Coffee will be closed from March 24-31, so check out the pastries there now and again in April.

This barbecue business was kicked out of Belmont. Now it's a Sunday fixture in Redwood City.
By The Peninsula Foodist | 2 comments | 4,755 views

Doing more with the natural spaces we have
By Sherry Listgarten | 8 comments | 3,392 views

Can the Memphis police behavior ever happen here?
By Diana Diamond | 29 comments | 1,653 views