In March, as violent hate crimes committed against Asian Americans made headlines with a horrifying kind of frequency, Steven Yen began hearing from friends who wanted to know what they could do to help. Yen, the owner of Bushido Izakaya Restaurant in downtown Mountain View, was wondering the same thing.

"A lot of people, myself included, wanted to get involved, but I had no idea what to do," Yen said. "The only thing I know how to do is food."

Yen and a small group of friends decided to put that know-how to use — and thus, Dining for AAPI was born. The two-day fundraising event, hosted by a coalition of downtown restaurants and businesses, will run all day April 14 and 15. Portions of proceeds raised by participating businesses will benefit the nonprofit social organization Stop AAPI (Asian American/Pacific Islander) Hate. 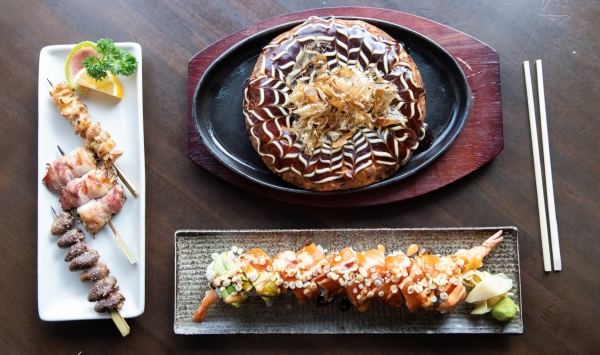 Patrons can choose to spend their dollars at any of the 13 businesses participating; the roster includes Bushido, of course, as well as Chef Chu's, Fu Lam Mum, 1 Oz Coffee and Steins. A portion of proceeds from those two days will subsequently be donated to Stop AAPI Hate, which launched in response to the escalation of hate crimes committed against Asian Americans and whose advocacy work Yen commended.

"When you see the elderly getting pushed to the ground, robbed, beaten, killed — I just see my own family," Yen, who is of Taiwanese descent, said. "I see my aunt, my mom, my grandmother — it could have been them." 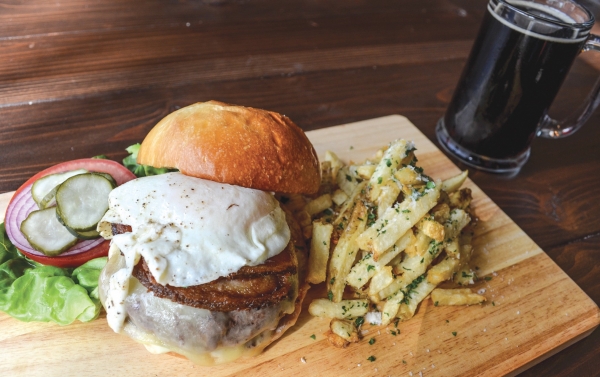 The Steins burger is a house-ground blend of dry-aged short rib, brisket and sirloin. Photo by Katie Brigham.

Participating businesses have pledged to donate a range of their proceeds from the two nights, according to Dante Perrucci, a restaurant consultant and veteran member of the South Bay's restaurant industry who helped organize Dining for AAPI. Some participants have pledged to donate 100% of the proceeds from the event to the cause; others have promised 5%, or 50%. Still others said they couldn't join the fundraiser but would donate directly to its cause, Perrucci said.

"We all know this is a hard time for restaurants and for small businesses in general," Yen said. "I told (the restaurants I talked to) — no matter how little you give, it's fine. It's a tough time. The main thing is that the community comes together to oppose the rising tide of Asian hate that is going on right now."

Event organizers have worked closely with Mayor Ellen Kamei and the Mountain View Chamber of Commerce, Perrucci said. Kira Pascoe, the chamber's membership director, said the chamber had been supportive of the event because "we celebrate the diversity in (this) community." Many of the downtown's businesses are minority-owned, she added.
Uber has agreed to provide event attendants with a 25% discount code for two rides — enough to travel into downtown Mountain View and back home, Perrucci said. He is also hoping that other communities near by — San Jose, Palo Alto or Cupertino — might be interested in hosting similar events to benefit organizations like Stop AAPI Hate.

For more information, the full list of participating restaurants and details about the Uber discount code, go to diningforaapi.com. 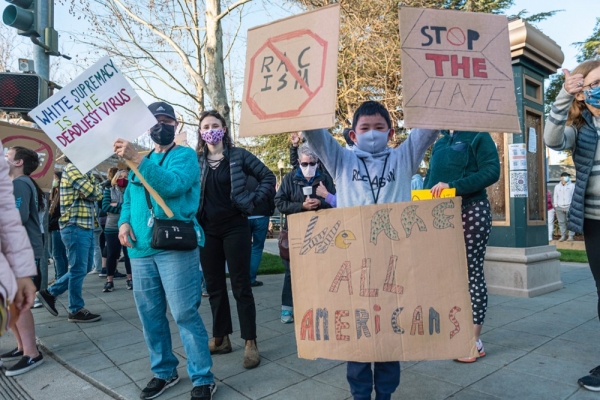 Locals rally against hate towards Asian Americans and Pacific Islanders during a rally at the intersection of El Camino Real and Castro Street in Mountain View on March 21, 2021.

What to do if you get a noisy Rheem/Ruud heat pump water heater
By Sherry Listgarten | 14 comments | 3,667 views

Palo Alto's most feared food critic is … an Aussiedoodle?
By The Peninsula Foodist | 14 comments | 3,183 views

Do Palo Alto city officials ever, ever have enough money?
By Diana Diamond | 27 comments | 2,399 views