The Restaurant Week interviews: 8 questions for Steven Yen of Bushido in Mountain View

That restaurants have been hit particularly hard by pandemic-prompted economic fallout is no longer exactly breaking news. Nearly one in six restaurants nationwide — about 100,000 restaurants — have closed either permanently or long-term since March of 2020, according to the National Restaurant Association. The Peninsula itself has had to say goodbye to some greats, including Mayfield Bakery & Cafe, The Van's, Clarke's Charcoal Broiler and Ann's Coffee Shop.

In an effort to provide diners more opportunities to support local restaurants as the Peninsula slowly reopens, Embarcadero Media's Peninsula Foodist is teaming up with Facebook to launch the first ever Peninsula Restaurant Week. From May 14–22, restaurants of all stripes along the Peninsula will offer prix fixe deals and other menu specials available for dine-in, delivery or curbside pickup. 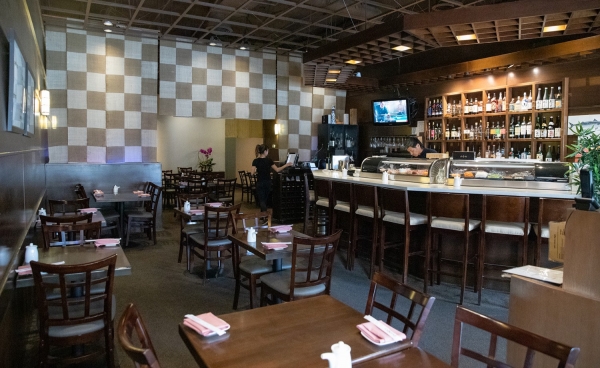 Employees tidy up the main room of Bushido in downtown Mountain View after lunch on Feb. 4, 2020. Photo by Magali Gauthier.

As part of Restaurant Week, the Peninsula Foodist has asked participating chefs and restaurant owners to share their stories about what the past year has been like for them, and where they see the industry headed. This week's Q&A features Steven Yen of Bushido in Mountain View. For more information about Peninsula Restaurant Week, go to peninsularestaurantweek.com.

For readers who might not be familiar, tell me a little bit about your restaurant. I understand you've been in business more than ten years, now. 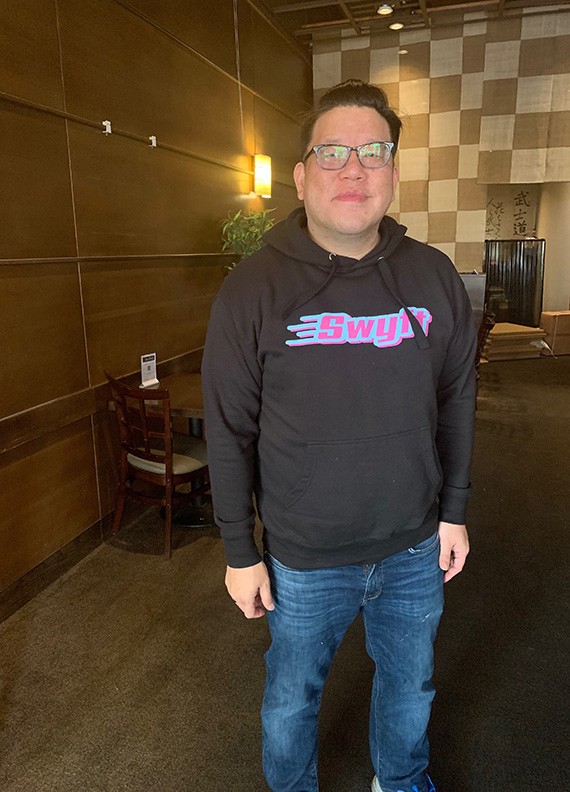 "I think we're starting to see the light at the end of the tunnel." — Steven Yen, owner of Bushido Restaurant in Mountain View. Image courtesy of Steven Yen.

It's been a little over 11 years. I try not to count this past year as a year, just with everything that's gone on. Last year was just survival. We're a Japanese izakaya style restaurant. Izakaya is like a Japanese tapas style restaurant. In Japan, izakayas are essentially Japanese drinking houses. So a lot of people — because a lot of these people live in small apartments in Japan — will go to izakayas after work, and drink over long periods of time, like, three or four hours, and they just drink and eat tapas, small plates, and share. So that's the general idea of an izakaya. In America it's a little different — we're more of just a dinner restaurant, but that's where the basis of the idea came from.

Tell me about the course of this year — how many times did you close and reopen?

I want to say we closed three separate times. The first time was when the pandemic started — that time we closed for almost three months. That was a bit of a crazy time, obviously. They first said it was supposed to be two weeks, right? So we were expecting to reopen, but the pandemic kept getting worse. Obviously — at the end of the day, health and safety of our community always comes first. And the health and safety of my family. We closed again this winter, too. It's honestly hard for me to recollect exactly, but we just followed the rules. If they said to-go only, then we did to-go food only. We did close during the holidays — we did a 10-day closure. We were allowed to stay open for to-go orders only, but cases were surging, so we just closed.

And does this latest reopening feel like it'll be permanent?

I sure hope so. We're going full speed ahead with hiring and everything as if we are going to continue to be open.

Tell me about the biggest challenges you'd say you've faced as a restaurant owner as it pertains to lockdowns.

Obviously making rent and paying the bills is the hardest thing when there's no income, right? But it was one of those things where it's always about weighing the health and safety of your family versus paying the bills. And it sucked that it had to be that choice. That was the toughest part, just weighing the health and safety of my family and the community against being able to operate and being able to pay the rent.

Are there moments or experiences this year you've drawn upon to keep you going?

Oh, 100%. So — I've had regular customers who have come to Bushido ever since we opened. The only thing I would ever ask the regulars to do is just order take-out from us once in a while. That's all I was really expecting, best case scenario. But a lot of them were absolutely amazing. Some of them gave us a decent amount of money and said — give this to your employees, take care of them. I was absolutely floored. So it was like, it was just… times like these can sometimes bring out the worst in people, but oftentimes it brings out the best in them, too.

Has the pandemic forced any kind of innovation or revelation in the restaurant space you're excited about?

My restaurant is on Castro Street, and they actually closed the street to through traffic. So essentially we're all able to put tables on the street. It's actually really cool. It turns Castro into a walking street. And obviously additional seating is great, but it's just a great environment. Hopefully once the pandemic starts winding down, it'll be even more of a (pedestrian) destination.

What should diners expect from Bushido during Restaurant Week?

I have a new chef, so I'm leaving it up to him to create the menu. He's actually worked at a lot of Michelin star restaurants; he's worked at restaurants that are both Japanese and Korean.

Normally for these things you do some new dishes and some familiar. Because I have a new chef, though, I might just do all new dishes and get customer feedback.

Anything else customers should know about supporting local restaurants during Restaurant Week?

I think (supporting local restaurants) is the most important thing. Of course, we want everybody to do it safely, but I think we're starting to see the light at the end of the tunnel.

MH is a registered user.


We ate at Bushido last week and it was DELICIOUS! I hope the city leaves Castro closed and keeps the outdoor dining set up permanently.

This barbecue business was kicked out of Belmont. Now it's a Sunday fixture in Redwood City.
By The Peninsula Foodist | 2 comments | 4,364 views