One year later: Following up with 5 local Black restaurant owners after the turmoil of 2020

After BLM protests and COVID-19, Peninsula restaurateurs convey hopes, pivots and grand plans for the future.

Keeping a food business afloat during both the pandemic and amidst a roiling culture shift is a lot to take on. Last year, The Six Fifty talked to five local Black restaurateurs about their thoughts and feelings in the aftermath of George Floyd's death and amidst Black Lives Matter uprisings: Sandra Dailey of Sandi's Cobbler Cups in Santa Clara, Max Fennell in Menlo Park of Coffee, Keith Richardson of Keith's Chicken N Waffles in Daly City, Claire Mack of Claire's Crunch Cake in San Mateo and Lisa Spencer of Savor Seasoning Blends in East Palo Alto. 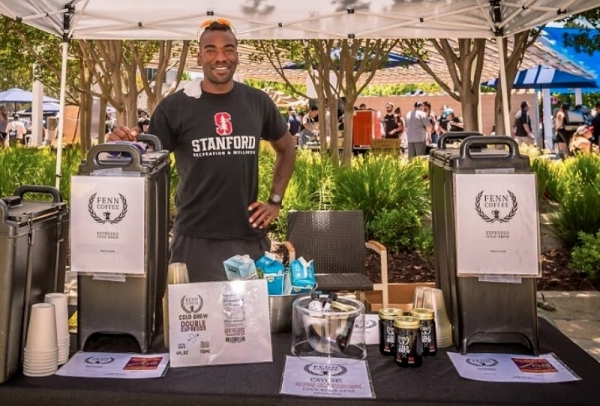 One year later, we caught up with them to see how the last year actually played out. It's miraculous that all five eateries survived, considering the prediction that up to 40 percent of restaurants would permanently close during the pandemic. The owners talked about necessary business pivots, responding to the surge of support for Black-owned businesses, thoughts on expanding opportunities for Black entrepreneurs and hopes for the future.

Claire Mack, Claire's Crunch Cake
Operating out of her home is what saved Mack from not having to pay rent on a retail space and commercial kitchen — expenses that put other eateries out of business during the pandemic.

"I want it to stay mom-and-pop, and it's just mom," Mack said, referring to herself as the main employee.

However, March and April of 2020 "really hit low," she said. After the call to support Black-owned eateries, though, "People were coming to the door and saying, 'This is why I'm supporting you.' I was really proud to be an American," Mack said of the diverse clientele, sometimes from as far away as Nevada. 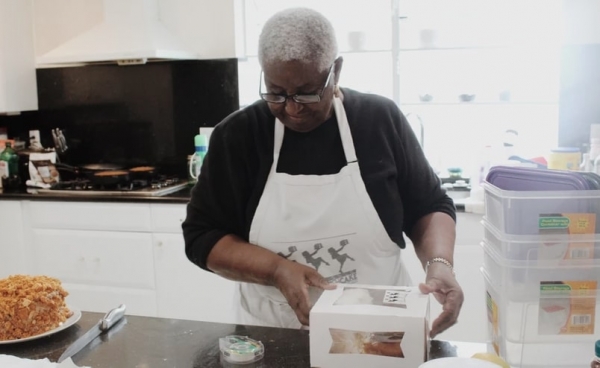 While business isn't quite back to where she wants it, Mack said she likes keeping the business small.

Though focusing on operations during the pandemic often took priority, inequity and civil rights are still top of mind for her. Mack, a three-time mayor of San Mateo, spoke of the frightening efforts to suppress voters in 48 states and the campaign to roll back abortion rights, pointing the finger at Mitch McConnell. "It breaks my heart, and I love my country," she said.

Mack isn't currently part of business organizations, though she mentors entrepreneurs on her own time, including helping her teenage grandniece start a business.

Pre-pandemic, Mack regularly had youth in her kitchen to learn how to bake and explore aspects of running a small business. "Anyone who wants to know anything from me, I'm glad to tell them," she said.

Mack is active outside of her cake business, as well, most recently advocating for an affordable housing measure, and organizing artist benefit performances in San Mateo. 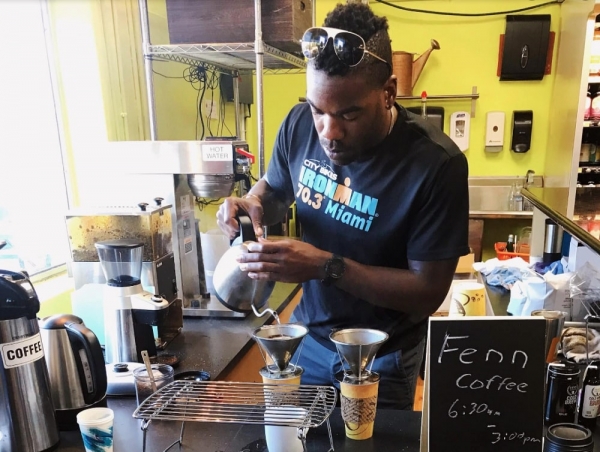 "The city should give out leases so we can provide diversity"—Max Fennell, Fenn Coffee. (Image via Fenn Coffee Instagram)

Max Fennell, Fenn Coffee
Fennell, with his Fenn Coffee beans available in several retail outlets, was set on finding a retail location until the prospect fell through right before the pandemic. "We ended up switching gears, doubling down on wholesale operations and e-commerce. For a while it was pretty slow…but retail sales have been consistent," he said. During the height of 2020's BLM awareness, Fennell said sales increased by 60 percent for two months.

Only 33, the pro triathlete ran for city council last year as a first-time candidate to effect change. While he didn't win, Fennell is actually glad that he didn't this time around. "I did a lot of things correctly, but I made a few mistakes…I was pretty grassroots," he said.

Since then, he has become Chair of the new Menlo Park Housing Element Community Engagement and Outreach Committee. The committee members gather issues and concerns from a broad and inclusive demographic of home owners and renters as Menlo Park updates its Housing Element. Fennell will use his time on the housing committee, and as a member of the Black Chamber of Commerce, to build a stronger campaign for the next city council election.

"One thing I've noticed is there are virtually no Black-owned businesses from Menlo Park to Palo Alto, except for maybe East Palo Alto," Fennell said. In a database of Bay Area Black-owned restaurants, there are only two listed in Fennell's home base of Menlo Park, with Fenn Coffee being one of them. Fennell has ideas for reaching out to Black entrepreneurs. "I would appreciate if cities would step up and say, 'Hey we've got empty retail locations'…give them to businesses that don't usually have opportunities. The city should give out leases so we can provide diversity," Fennell said.

He'd also like to see the implementation of First Fridays, a monthly arts and culture street festival that promotes small, locally owned businesses and artists. Furthermore, Fennell would like to make First Friday permits free in order for vendors of all socioeconomic backgrounds to participate.

While Fennell may continue searching for a retail spot, a new product about which he's excited is his company's Yemen coffee. "It's hard to get. It comes from a women-owned farm, produced the same way it's been produced for 500 years. It's earthy, chocolatey, smooth," he said as the true coffee lover he is. 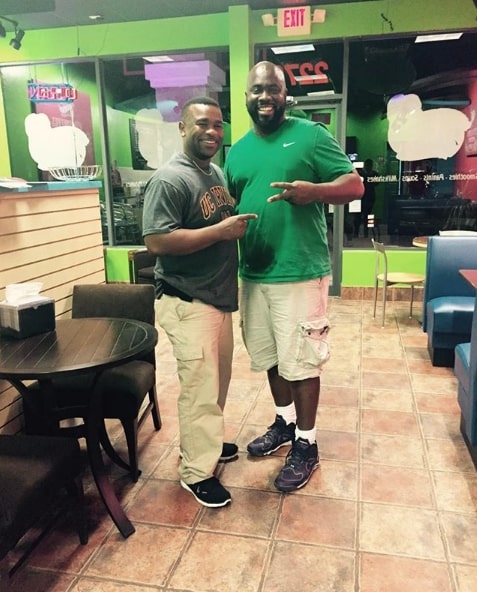 Keith Richardson, Keith's Chicken and Waffles
Keith's Chicken N Waffles, fortunately, had a consistent flow of business during the pandemic. There was "no loss of revenue," Richardson said, in part thanks to Yelp's addition of a Black-Owned Business tab.

Richardson actually increased staff by 30 percent, accommodating the BLM-related business spike that lasted about two months. New customers of all backgrounds continue to seek him out as a Black-owned business to this day. Richardson decided to keep his operation takeout indefinitely, and instead use the interior for additional storage space. He has plans to open another restaurant in South San Francisco, hopefully by the end of the summer. It'll serve Southern breakfast-style food, such as shrimp and grits and chicken sandwiches.

Before he was a restaurateur, Richardson had police training and decades of city government experience. He's clear on where police reform needs to begin, addressing huge issues of the past year.

"I understand people on both ends…Police ethics code is what needs to be reevaluated. Say a police officer shoots someone — people are asking why not in the leg. They're trained to shoot the chest…Maybe reassess and train differently," he said.

Officers need specific trainings more often, such as those focused on sexual harassment and diversity.

"You can't just have a diversity class once a year and expect them to be this person," he said.
Richardson also talked about more transparency and communication between police and the general population, in order build more trust and community.

Within his own capacity to effect change, Richardson looks forward to accepting Daly City's invitation to join a new businesses commission — an honor he's had to previously turn down due to time constraints. Now that he's retired from his civil service job, Richardson is excited.

"Daly City doesn't have a downtown…We need to bring that together, maybe at Westlake, to try to bring the Daly City community together, which is one of the most populated cities on the Peninsula," he said of his vision to strengthen community engagement. 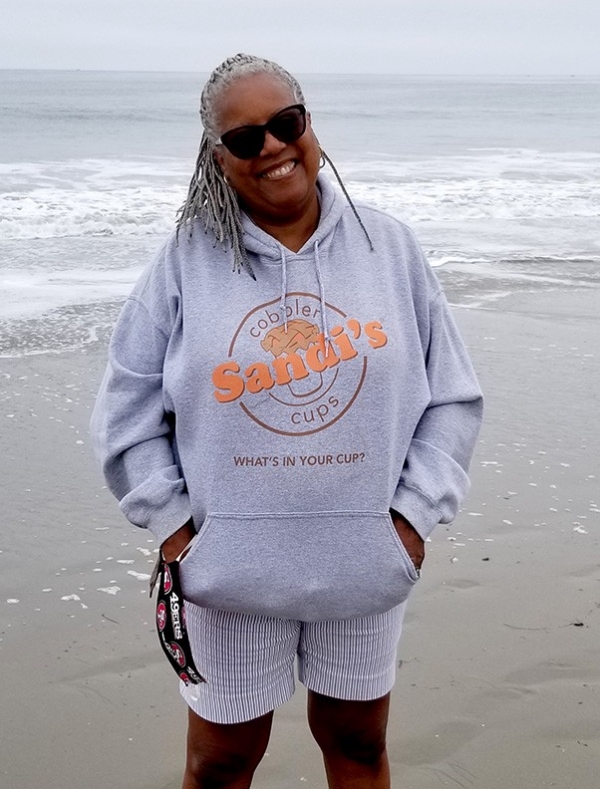 Sandra Dailey, Sandi's Cobbler Cups
Prior to the pandemic, Dailey fulfilled soul and creole comfort food catering orders via a third-party service. After the pandemic hit, she said, "I recreated myself and started making individual meals."

She was used to doing individual meal prep for her sick mother. Then with the Covid-era rise in restaurant closures and fear of going to grocery stores, Dailey saw how neighbors and fellow churchgoers also needed meals. Soon, her growing operation was making 60 to 80 meals per week, with the help of her original on-call staff.

During the call to patronize Black-owned restaurants in the wake of the BLM protests, Dailey saw a brief but notable increase in business. "My non-Brown friends were like, 'Oh, I'd love to support your businesses.'" Sales increased by 25 percent for a few weeks. While the spike in sales was relatively short-lived, Dailey's individual meal prep remained popular enough that she only stopped the service a few weeks ago.

Now, Dailey is returning to her larger catering orders and gearing up for her Levi's Stadium food booths for the 2021–2022 season. She also has plans for growth. "There's a lot of new construction going on. That's a market that I'm going to look into expanding," she said.

Dailey has also always been active in the community, holding past positions in the African American Community Service Agency and Black Leadership Kitchen Cabinet. She's still involved in the organizations, though her recent efforts now include resource sharing with industry friends. It was a revelation to her that there's been government money earmarked for racial minorities of which many Black businesses owners were unaware.

"It wasn't until Biden said…you need to apply to these [grants. This money has been there for years…It's like: 'Wait a minute, I'm eligible for all of this?' But we never knew," said Dailey.

For general business funds, Dailey has noticed applications asking for more demographic information compared to past years, suggesting other ways that government entities are trying to reach underserved groups. 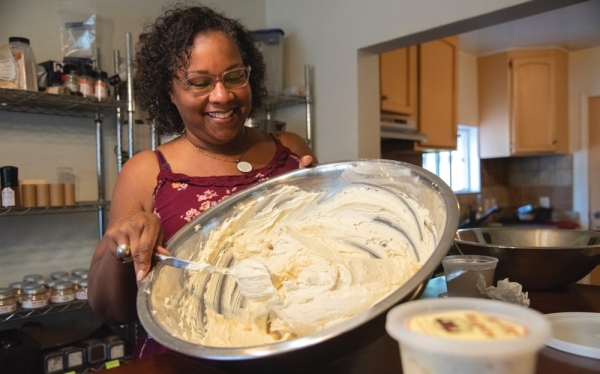 "I always hope I have something to share"—Lisa Spencer, of Savor Blends. (Photo by Sinead Chang)

Lisa Spencer, Savor Seasoning Blends and Rubs
Spencer, operating out of her house like Mack does, saw a 70 percent increase in business during the pandemic, as more people cooked at home.

"My husband was able to quit his job and dedicate his time to the business," Spencer said.
Even with this success, Spencer is worried about mass shootings and is still not comfortable going into spaces with lots of people.

Still, her positive attitude keeps the business going with a steady stream of products. The Black Garlic Vampire Butter is complete with a timely slogan of "Black Vampires Matter." Spencer will also roll out Vampire Drizzle, a garlic-infused olive oil for fans of the Vampire Butter.

She and her husband want to purchase a small house adjacent to their current residence to use for packaging and as a test kitchen.

Another goal is to open a butcher shop, as her husband has butcher and deli expertise. Spencer laments the loss of three local butcher shops from her childhood days in East Palo Alto, so knows how important they are.

Spencer has also been dedicating time trading resources and tips with other small business owners in East Palo Alto.

"I have to," said Spencer, who seeks to help others.

She helped her sons start their own businesses at young ages, and now helps other youth. She recently mentored a young woman in starting a lip balm company, for example. Spencer also has hopes to work with a group of teenagers, wanting them to use their hands to create, then sell their wares.

Echoing the spirit of all the entrepreneurs, Spencer said, "I always hope I have something to share."

Can the Memphis police behavior ever happen here?
By Diana Diamond | 41 comments | 2,379 views