Across from Surfers Beach in El Granada, the team at Breakwater Barbecue is making juicy, smoky meats by the pound: pork spare ribs, pulled pork, house-smoked link and last, but certainly not least, brisket. There's no gas, just all wood fire. 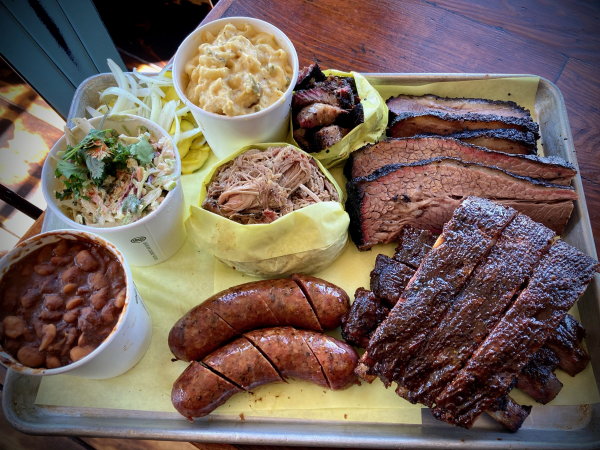 The eatery fills a niche on the Coastside where opportunities to find Texas-style brisket — founder Wyatt Fields's passion — were few and far between. Now, Breakwater Barbecue is a hub for locals and visitors alike who come in for big platters and barbecue plates, smokehouse sandwiches and Tex-Mex.

Breakwater Barbecue's opening was a homecoming for Fields, a Half Moon Bay High School grad who left the Coastside to learn the craft. "I always wanted to come back to Half Moon Bay. I wanted to bring barbecue back."

After he graduated, Fields had his eye on a culinary career, but couldn't swing going to a formal culinary school. "At the time, I didn't have the money to go to one of those fancy cooking schools. That was 2008," Fields recalls. "I just could not get a loan and start."

Friends who worked in the industry encouraged Fields to intern as another way in. So Fields moved up to San Francisco, where he tended bar and worked as a kitchen temp. He got an internship at Pacific Coast Meat, as well as at the private membership Pacific-Union Club where Fields developed knife skills and learned how to handle meat. "It was a lot of getting yelled out, old-school stuff," Fields says. "But everyone learned how to do it."

Fields studied at home too, from his backyard. He kept a barbecue diary, noting details about air and temperature as he smoked brisket and pork butts, and learned about Texas barbecue and New American styles.

"I kind of got nerdy about that and went from there. I wanted to focus on the old-school method," Fields says. "It’s really important, taking the time to do it right … I just fell in love with brisket, the craft, how long and painstaking the process is. Every brisket is its own thing." 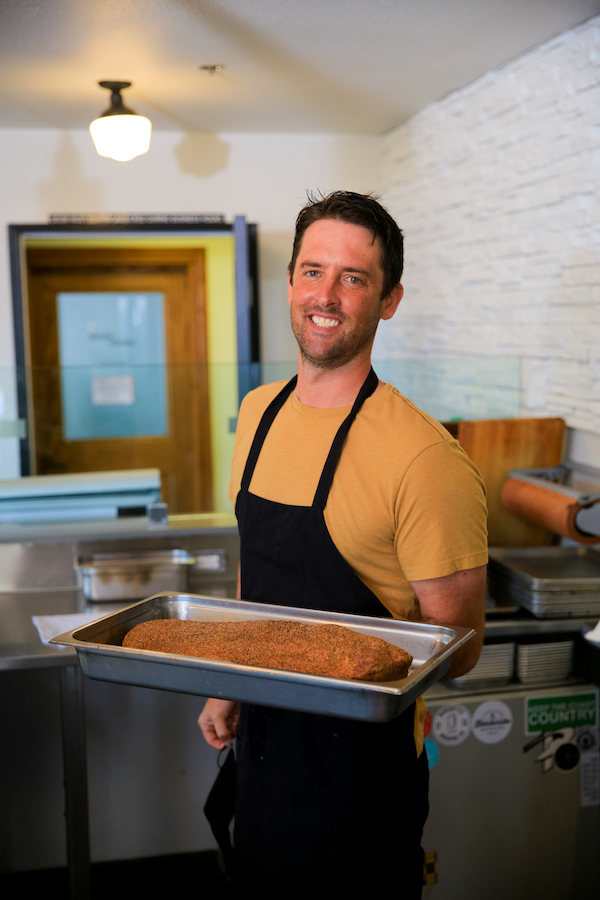 "I just fell in love with brisket, the craft, how long and painstaking the process is." With Breakwater Barbecue, founder Wyatt Fields fulfilled his dream of opening a barbecue restaurant near his Half Moon Bay hometown. Photo courtesy of Krista Brenner Photography.

Eventually, Fields landed a chance to work in a commissary kitchen at Luke's Local and started to collect gigs, including for his best friend's wedding. At the time, he hadn't lost sight of returning to the Coastside.

Fields and his team started to hit up beaches and set up grills. The combination of barbecue and beaches really worked for him. "I just really love being outside," Fields says. "It’s just a big reward for me."

Wyatt had his eye on the space once occupied by Hop Dogma at 30 Avenue Portola in El Granada. When Hop Dogma moved to the Shoppes at Harbor Village, Fields took his chance to move in. But did a beachside barbecue joint stand a chance in a town where the population barely breaks 6,000? There were naysayers.

"Everyone was telling me, 'You shouldn't do that. You won’t be able to pull it off.'" Things looked especially iffy after the space was secured, but building and permitting took a year. "That was a total nightmare," Fields says. "Then, the lockdown happened."

Still, the team continues to make barbecue. During the week, there are daily specials. Thursday to Sunday is dedicated to barbecue, including Texas-style barbecue with salt and pepper, Carolina-style pork with mustard rub and vinegar-based sauce, and house-made sausages.

The restaurant was originally closed on Mondays for cleaning, ordering and administrative duties, but the team has since opened the kitchen for pop-ups, including Sandy's World of Eats. They also established Makers Monday, a seasonal, monthly event series where creators come together, offering handmade jewelry, goods made from reclaimed whiskey barrels and sweet treats.

"On the coast it’s a little different," Fields says. "I don’t want to say it's sleepy, but there’s not as much of that type of thing going on. We’re hoping to expand a little bit more." 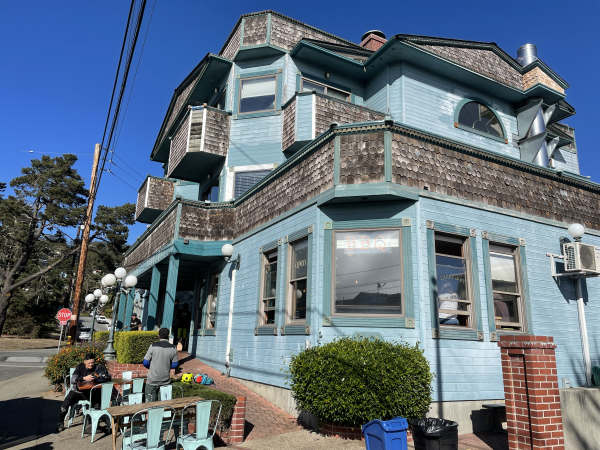 Breakwater Barbecue is at 30 Avenue Portola in El Granada. Photo by Sara Hayden.

And as they do, grills and smokers will be going, an excuse for gathering. "There's something about starting the fire and getting that out — it brings everyone together. They turn off the TV and the phone, and everyone's hanging out watching the fire," Fields says. "Now the whole Bay Area’s coming to eat with us."

Can the Memphis police behavior ever happen here?
By Diana Diamond | 29 comments | 1,637 views