"We've got a lot of little things we gotta do, but we're very excited — and hopefully the community will be excited to have us," Richardson says. 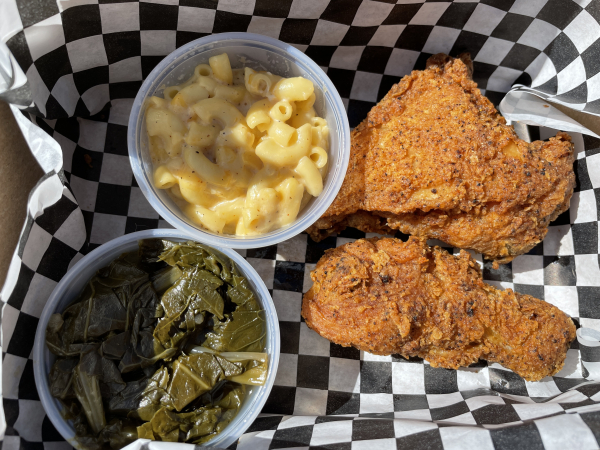 A two-piece fried chicken meal with collard greens and Bomb Mac and Cheese from Keith's Chicken-N-Waffles in Daly City. Locations in Half Moon Bay and South San Francisco will feature a new menu, but guests will be able to find the mac and cheese at all three locations. Photo by Sara Hayden. 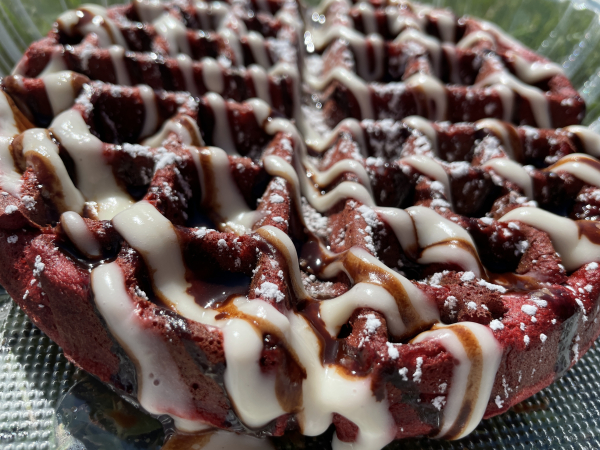 Researching for his own restaurant, restaurateur Keith Richardson traveled across the U.S. in pursuit of the best chicken and waffles. Pictured is a Red Velvet Signature Waffle from Keith's Chicken-N-Waffles in Daly City. Photo by Sara Hayden.

To develop these recipes for his Daly City restaurant, Richardson traveled across the U.S., taste-testing and researching in pursuit of the best chicken and waffles — but the Half Moon Bay and South San Francisco locations will star new dishes.

"It'll be totally different," Richardson says. "It'll be a country-style breakfast with biscuits and gravy, shrimp and grits, steak and eggs." There will also be kid-friendly options, including chicken tenders and little burgers.

Richardson has taken inspiration from his family's recipes and culinary traditions from different states in the South, including Georgia, Alabama, Florida and Louisiana.

"My family, they love to cook. They're great cooks, and I felt I can represent them by trying it myself," Richardson says. "Basically all the southern states I have some connection to. We just collaborated all those flavors, and brought it to the West Coast."

Through the years, Richardson's culinary skills have been self-taught.

"I've worked for the municipalities all my life, always had a government job, and I was always interested in the food industry," he says. 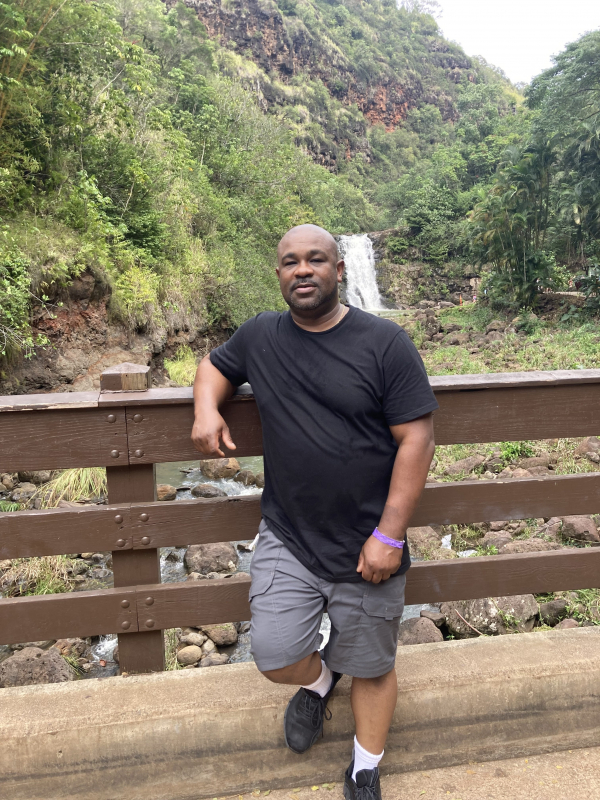 Preparing to open his first restaurant, Richardson sought out renowned eateries across the U.S. and researched with prospective customers.

"I collected that data, I just put it together and just (went) for it basically," Richardson says. "No culinary school, just cooking at home and practicing and trial and error."

Richardson practiced in the kitchen, determining what ingredients go well together and just the right amounts for each. Ratios are key, he says.

The internet helps with this. "Research to get you started with the basics," Richardson says.

In the early days of his career as a restaurateur, Richardson initially planned to open a barbecue restaurant, and then pivoted to his chicken and waffles concept. As Keith's Chicken-N-Waffles expands, one of the team's goals is to share food with people that they haven't experienced before.

"We're just trying to enhance people's palates," Richardson says. "It's just like a palate trigger. (People) taste their food and it's like, 'This is way different from what we're used to.'"

Silicon Valley’s next meat substitute is being grown at a Morgan Hill mushroom lab
By The Peninsula Foodist | 2 comments | 2,693 views

Our First Anniversary in my Husband’s Retirement
By Chandrama Anderson | 0 comments | 1,169 views