After 10 years of operation in Milpitas and Fremont, Hyderabad Dum Biryani Indian Cuisine has expanded with a new restaurant in Mountain View on Old Middlefield Way. Owner Vinod Guduri is dedicated to both bringing traditional Indian cuisine to the Bay Area and reinventing Indian delicacies in order to make them more accessible to those unfamiliar with the cuisine. Guduri created an expansive menu with business partner Madhu Salvaji in hope of serving people missing their culture’s foods and sharing Indian cuisine with others.

The Hyderabadi style of biryani originates from the Hyderabad region of India and consists of slow cooked meat and basmati rice seasoned with a variety of spices. Cooking biryani at home requires considerable time and effort due to the dish’s long cooking time and some hard-to-find ingredients, but Hyderabad Dum Biryani hopes to make this labor-intensive dish more accessible so it can be enjoyed anytime, not just during special occasions. There are 10 varieties of biryani on the menu and 10 biryani family packs that serve two to three people, each including a biryani with either spiced meat or vegetables plus an appetizer and sides of dahi chutney and mirchi ka salan, an accompaniment of chiles and peanuts cooked down with ginger, garlic and other ingredients. 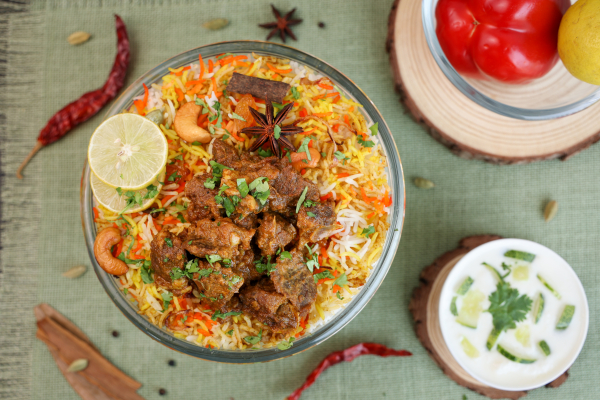 “Even though we have biryani as our signature dish, Hyderabad Dum Biryani is a one-stop shop for Indian delicacies,” Guduri says. “We are known for our curries and tandoor oven entrees including tandoori chicken and tandoor naan.” 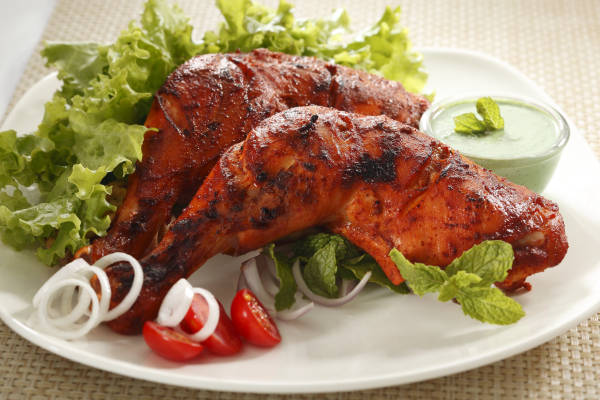 The restaurant also offers quick bites for those on the go. Masala wraps, filled with rice, vegetables and a choice of paneer, chicken tikka or the spicy, deep-fried chicken 65, and lunch combinations, which include an entree, side salad, dessert and a drink, are popular. Recently, Indo-Chinese entrees, such as momos, dumplings filled with spiced meat, and noodle dishes like stir-fried Hakka noodles, have been added to the menu.

Residents of multi-family housing should have access to EV charging
By Sherry Listgarten | 8 comments | 4,451 views

Silicon Valley’s next meat substitute is being grown at a Morgan Hill mushroom lab
By The Peninsula Foodist | 2 comments | 2,255 views