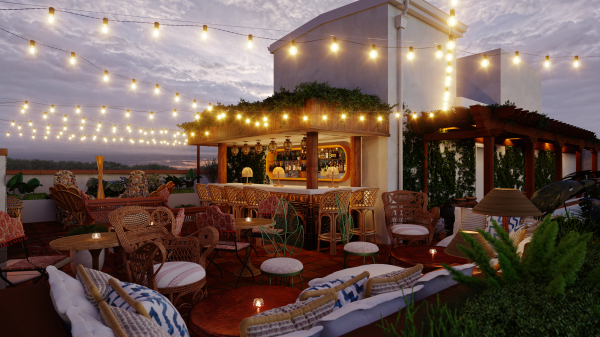 Graduate Palo Alto, the luxury hotel resulting from the controversial renovation of Palo Alto's historic President Hotel (formerly apartments), is set to open a cafe and a rooftop bar next month.

Starting in December, Graduate Palo Alto will offer two new food and drink businesses: Lou & Herbert's, a casual all-day cafe, and President's Terrace, a rooftop bar with views of downtown, according to a recent press release.

The cafe will offer fast and simple breakfasts in the mornings and light bites at night. Coffee will be sourced from Saint Frank Coffee, and the breakfast menu will include items such as pancakes, poke and pastries from Manresa Bread. In the evenings it will offer snacks, local beer and wine and classic cocktails.

The rooftop bar atop the six-story hotel will have a garden and cozy settings, including an outdoor fireplace and couches. The cocktail menu is being designed in collaboration with LA-based mixologist Bad Birdy. There will also be a selection of natural wines and seasonal snacks. The hotel plans to host activities there like rooftop yoga, weekend brunch, a Bloody Mary bar and tastings with local distillers. 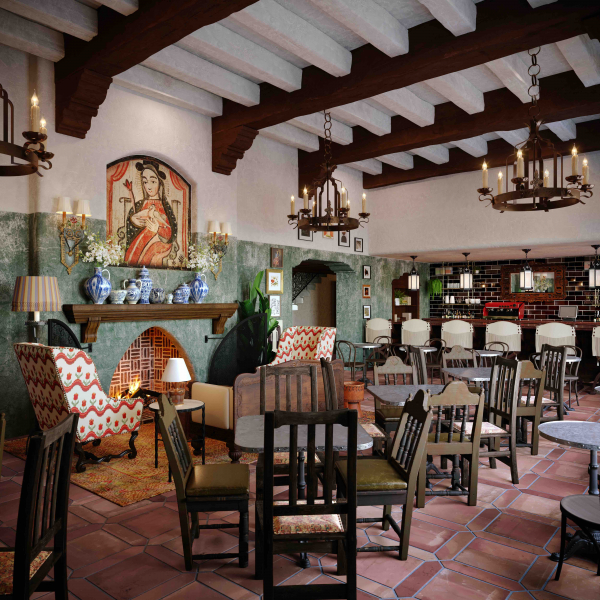 The revamped hotel is emerging more than two years after the Palo Alto City Council moved to allow the 75 apartments the building previously housed to be converted into 100 hotel rooms in June 2020. That decision in itself was the result of a two-year legal battle. The council had passed a law halting buildings zoned for housing from being converted to any non-housing purposes the previous year, but fearing a lawsuit it ultimately allowed the developer, Chicago-based Adventurous Journeys Capital (AJ Capital for short), to move forward.

The hotel renovations proceeded following the high-profile evictions of the apartment residents, who had been paying between $1,200 and $2,400 a month for rent due to the small unit sizes.

A quick search found that rooms at Graduate Palo Alto start at $255 per night beginning in mid-December.

anon is a registered user.


Graduate Hotel now is it? Got rid of its historic name and knick-knacked downstairs?
I'm sure the 77 longtime hard working residents evicted by AJ Capital are just thrilled there's now a bar on top of where they once called home.
I'm never going near this Monument to Displacement and will tell everyone around to do the same.

Report Objectionable Content
Posted by anon, a resident of another community,
on Nov 16, 2022 at 5:57 pm
anon is a registered user.


Graduate Hotel now is it? Got rid of its historic name and knick-knacked downstairs?
I'm sure the 77 longtime hard working residents evicted by AJ Capital are just thrilled there's now a bar on top of where they once called home.
I'm never going near this Monument to Displacement and will tell everyone around to do the same.

Report Objectionable Content
Posted by community member, a resident of University South,
on Nov 17, 2022 at 5:01 pm
community member is a registered user.


The big money boys want to make friends, after the take-over of the beloved President Hotel.

Report Objectionable Content
Posted by Online Name, a resident of Embarcadero Oaks/Leland,
on Nov 18, 2022 at 8:38 am
Online Name is a registered user.


And now WE"RE supposed to PAY for more housing downtown after our "leaders" allowed 85 President Hotel residents to be evicted. Gotta keep the developers happy; too bad about the taxpayers and residents.

PS: What an unimaginative name but what can you expect from a company the specializes in putting high-end properties in college towns. FEH.


I am personally very happy that the President Hotel is going to be open and used as a hotel. Converting it to an apartment complex was a bad idea. When you convert a hotel to apartments then you have to add a kitchen in each room. All of the ducting required for a kitchen plus additional fire protection is something that has to be done in the initial building phase - not added 50 years later. It was a fire trap in the apartment stage. As a hotel you can eliminate the high risk elements like a kitchen. And the addition of the top level bar is very enticing. I am looking forward to the new hotel venue.

What we need now is the addition of a high level book store in the location of the old Border Books. That was the whole reason a lot of people went down town.

Bottom line is that when you build housing for elders you need to know that when you start the project to make sure all elements are up to spec. You have to do it right and make sure that you have controlled the high risk elements.

Report Objectionable Content
Posted by Zola, a resident of another community,
on Nov 18, 2022 at 6:24 pm
Zola is a registered user.


Palo Alto doesn't need to preserve or provide housing for its teachers, nurses, service workers, or “high level bookstore" employees. They can live elsewhere. A rooftop bar in a tacky themed boutique hotel is a much better use of that space. It'll be a good place to distract yourselves from the crisis in housing that is developing as you slurp from that cocktail designed by a mixologist. From LA! Yay! It is a stain on the city council that they failed to protect their own community from predatory speculators like AJ Capital.


When a person drives in on University one of the first things they see in the city is the hotel. When it was boarded up it looked like a derelict place. It made the whole downtown look like the city was down and out - not a good place to be. With the hotel fixed up and busy with people then the city will look like a prosperous and good place to visit. We need the city to look good overall and be inviting. Maybe people can get out of the "Crisis" mode of thinking - it is not producing the best results.

I Was At The Stanford Shooting. Let’s Do Better Next Time
By Laura Stec | 2 comments | 2,874 views

Some of the best jobs around
By Sherry Listgarten | 4 comments | 2,059 views

People and Relationships Never Stop Being a Work in Progress
By Chandrama Anderson | 1 comment | 1,023 views