A Perspective on Surf Air Approaches to San Carlos

Surf Air, an aviation startup with a novel model for providing convenient service for commuters between the peninsula and Los Angeles, has been taking flack for the noise they generate over neighborhoods in Menlo Park and Atherton ? as well as cumulative sins by others. I'm a fan of Surf Air and hope they're successful. 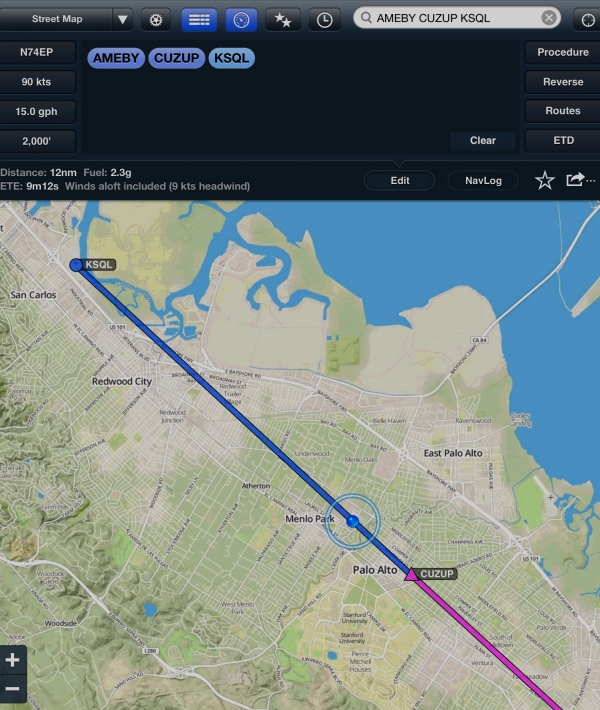 Out of curiosity I reviewed the official FAA GPS approach to San Carlos, and superimposed the flight path on a street map of Atherton and Menlo Park. Photos attached. If anyone wants copies let me know. On the map is a spot labeled CUZUP ? that's the point at which the aircraft can begin to descend from 2000 feet. (The shiny blue circle denotes my house ? right under the flight path so I share the pain). But the noise doesn't bother me.

In clear weather there are options to fly an approach over less impacted areas. Or circle to land joining right traffic for Runway 30.