Silicon Valley Therapist Designs the Worst Video Game Ever! And Another In MOMA

This interview on CNN is our own, local Howard Scott Warshaw, MFT, The Silicon Valley Therapist, and one of my couple?s counselors in Connect2. 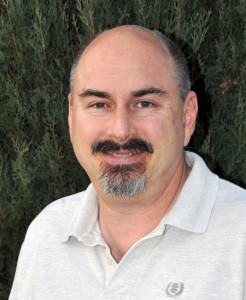 About 30 years ago, in five weeks, Howard designed and coded the game ?ET? for Atari, at a time when games took five to nine months to create, code, and de-bug. Howard was the only one who would take on the challenge. Whether or not ET is actually the worst game is a moot and debatable point.

Howard also designed and made the game ?Yar?s Revenge? which was honored and taken into MOMA in NYC last year.

You?ll see Howard?s attitude about his work ? both ?failure? and ?success? ? and I hope you see what I do; how human it is to not succeed at all times, to keep going, working, growing, and to make all of it grist for the mill of life, great attitude, fortitude, and bit of humor to boot.