Hunan Garden to be reborn as Mandarin Roots

Fans of Palo Alto's long-standing Chinese restaurant Hunan Garden on El Camino Real might have despaired when signs suddenly went up in the windows indicating the owners were going on an extended vacation. A mysterious voicemail said that after 15 years of hard work, owner Simon Yuan was going on vacation for a month and looked forward to seeing diners upon his return.

Though Yuan is still in the picture, Hunan Garden as Palo Altans know it is no more. In late May, it will reopen as Mandarin Roots, a revamped Chinese-California cuisine concept, under the purview of Yuan's son, Jarvis. (The elder Yuan is still "involved in all aspects of operation," his son said, and will continue to be a presence in the restaurant on a daily basis. "If customers are coming in to see Simon, he will be around," Jarvis said.)

"It's based off the idea of taking Chinese food that my dad was doing and fusing it with what I've been doing, which is California, and taking that to the next level," Jarvis said.

There are many twists on old favorites, like broccolini beef ($14) and crispy calamari cooked like traditional salt-and-pepper crab ($10). Chicken lettuce wraps are dressed up with jicama and pomegranate hoisin sauce.

Standards like potstickers ($9 for six), honey walnut prawns, chow fun, fried rice, Sichuan green beans and sesame chicken all remain, though the menu is much smaller and more focused than Hunan Garden's vast number of options. Salads and sides are all $9; rice and noodle dishes range from $10 to $16, depending on if seafood is added or not. Entrees range from $12 chicken dishes to a $26 Chilean sea bass.

The menu is mostly Jarvis' vision, executed by chef de cuisine Ron Chu, who is "very well-versed in Japanese and Chinese cuisine," Jarvis said. The two met soon after Jarvis, then 18, went to California Culinary Academy.

After graduating, Jarvis did an externship at a Japanese restaurant in Sunnyvale (that no longer exists) before joining the Straits restaurant group. Straits operates restaurants in San Francisco, Burlingame, San Jose (Santana Row) and Houston. (There used to be a Straits Café in Palo Alto, at the current location of Indo Restaurant & Lounge at 3295 El Camino.)

Jarvis has brought on John Ma, also from Straits, to be Mandarin Roots' general manager.

After moving through the ranks at Straits, Jarvis eventually moved to Southern California, working at a tapas-style Asian restaurant in Laguna. His most recent stint was at upscale dim sum restaurant Sino at Santana Row, where he worked as executive chef for a year. 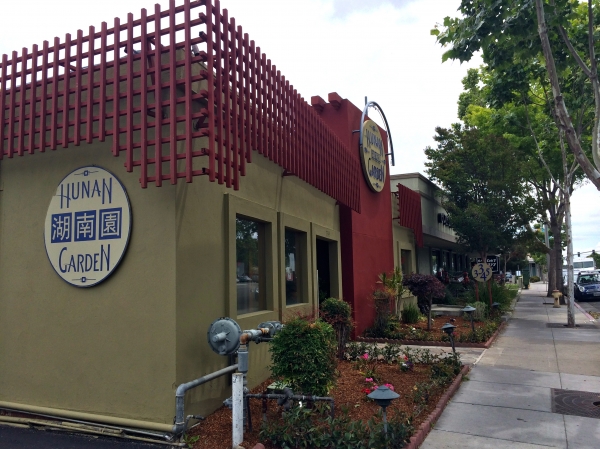 Jarvis said he never worked in Hunan Garden while growing up in Los Altos -- his parents didn't want him to go into the restaurant industry.

"They're in it; it's hard work and they didn't want me to follow the same path. They kept telling me to get better grades, to go to college, (to) do all that," he said.

But college wasn't for him, and culinary school was.

The 3345 El Camino Real space has also gone through a physical revamp, with new carpet, new chairs and a redone banquette. 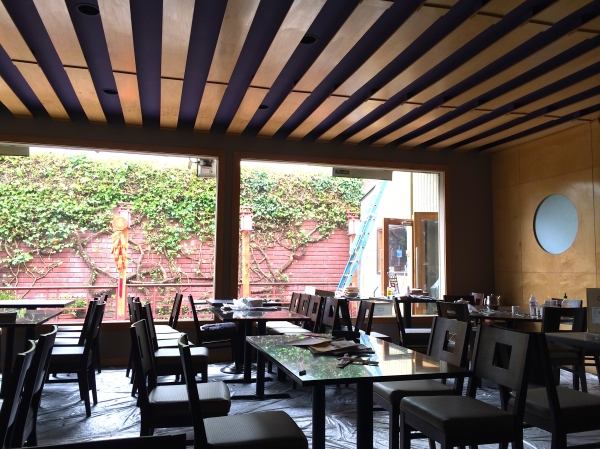 The outdoor patio will get lanterns, new booth seating and a lounge-type area near the bar, Jarvis said.

Drinks-wise, Mandarin Roots has new beers on tap and by the bottle, plus six red and six white wines and seasonal specialty cocktails (all $10) like a mango mojito.

Tentative hours of operation after this weekend will be lunch, Monday through Friday, from 11 a.m. to 2 p.m. and dinner starting at 4 p.m. Mandarin Roots will close at 9 p.m. Sunday through Wednesday and 10 p.m., possibly later, Thursday through Saturday.