"If farming were invented today, it wouldn't be allowed. Food production has had more impact on the planet than any other human activity."

So began reThinkFood, a conference of "innovation, technology, behavior and design," held at the Culinary Institute of America in Saint Helena, CA last weekend. Co-sponsored by MIT, it was an impressive gathering of food and tech professionals exploring ways to align different societal sectors and pick the best technologies to move global food production forward. 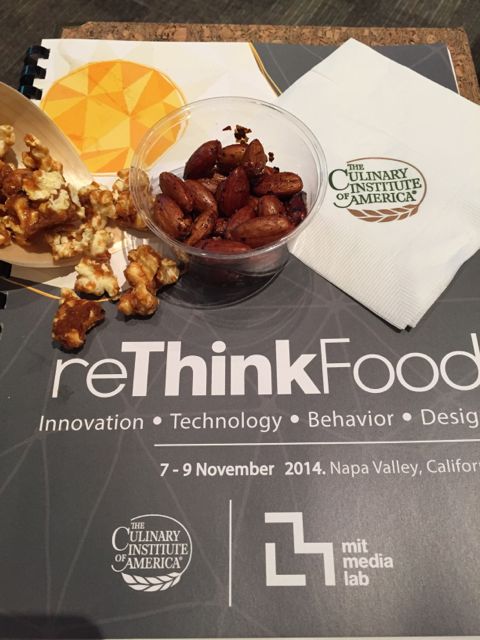 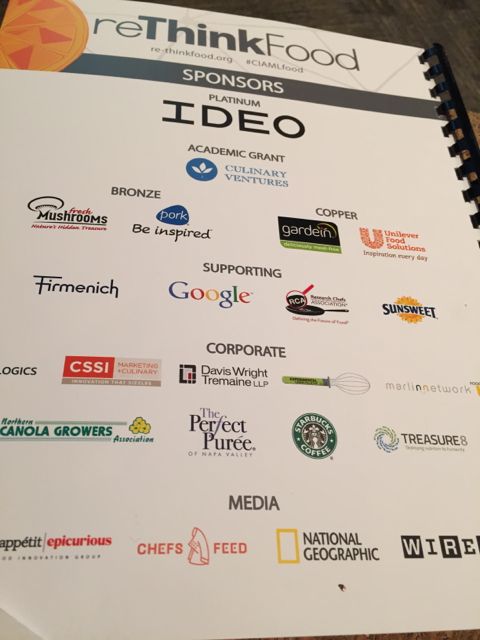 The stats are daunting. Jason Clay from World Wildlife Fund said by 2050, yield from 70 ? 90% of current food production areas will be dramatically reduced or eliminated, while there will be 25 ? 30% more people on the planet to feed. MARS Chief Agricultural Officer and ZZ Top look alike, Howard-Yana Shapiro, said 2,000 people die every day in Africa due to lack of food safety, and 37% of that population is "stunted," fueled by food which is calorie rich but nutrient poor (50% in India). One trillion gallons of good clean water are wasted each year, just from food we throw away.

What's a world to do?

MIT shared impressive results from its Massachusetts-based food lab, With ¾'s of the world's population expected to live in cities thirty years from now, CityFARM is researching hydroponic, aquaponic and aeroponic food production with the potential to reduce agricultural water consumption by 98%, eliminate chemical fertilizers and pesticides, double nutrient densities, and reduce the energy requirements to produce the food by a factor of ten. Only 10% of sun light is used when growing foods ? the rest is wasted energy in the form of unused (and problematic) heat. Solution? Think LED, but for sunlight. "In soil we can grow 3 heads of broccoli per year, vs. aeroponics (growing plants in air) where we grow 18 heads in the same space and time." MIT imagines a world where everyone will grow his or her own food up the walls of their city high rise. Please excuse me while I harvest tonight's salad from the dining room wall.

IBM was also in attendance, presenting novel ways to motivate and assist people to cook more. Remember Watson, that personable computer who beat Ken Jennings in Jeopardy? In the future we will all have our own Watson, donned in a white toque and living in our cell phone. Chef Watson will know us intimately, and what we like to eat. Tell him what you are in the mood for, or even just how you are feeling, and he'll create recipes and a shopping list based on what you have in your kitchen, what's on sale locally, and nutritionally what you need. (Oh, he knows that because your toilet will be able to read the microbes in your poop and report to your cell phone via blue tooth.) 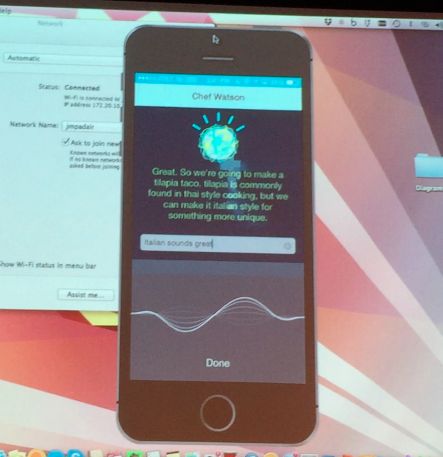 Another impressive presentation was by Modern Meat. This is the new company of Andras Forgacs, co-founder of Organovo, pioneer of 3D human tissue bio-printing for medical applications. "The planet can not support the growing consumption of beef with the resources we have. 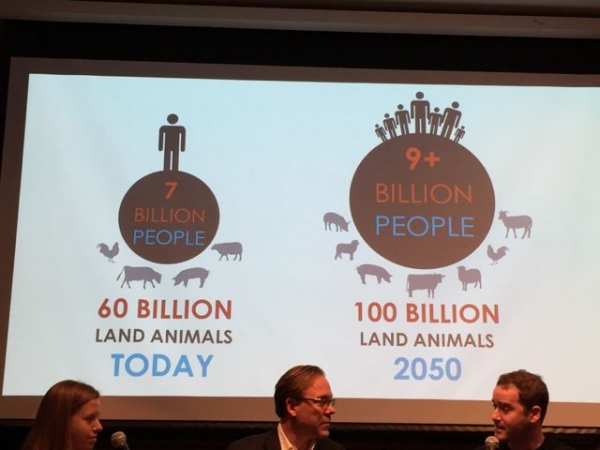 So if we could reproduce liver cells, we should be able to grow a cow in the lab." And indeed they did, both for leather and meat. We tasted the test version ? beef "chips" grown in a petri dish. Salty and strong flavored, the chips melt away in the mouth. Where's the beef? Not in factory farms for much longer. 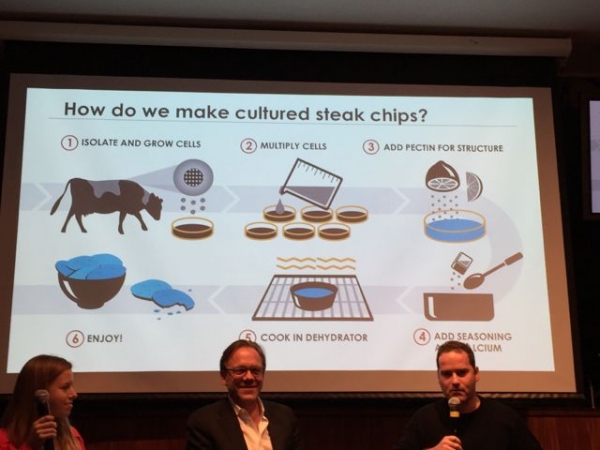 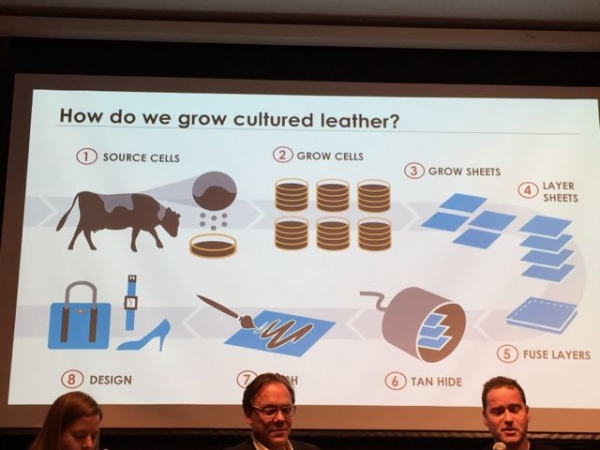 Treasure8 was also on hand, a new company based on Treasure Island. There's not a lot of info about it online or in the news, but they are a food innovation and technology company on a mission to solve the nutritional challenges and environmental stresses of a growing global population. Co-founder Timothy Childs has been rethinking how to turn vegetable waste into snack chips. (40% of the food we bring home in the U.S. is never eaten ? it's simply thrown into the trash).

Serious problems. Interesting solutions. And certainly hope because reThinkFood also taught us that 52% of today's millennials would rather go to a food fest than a music fest.

I can dance to that. 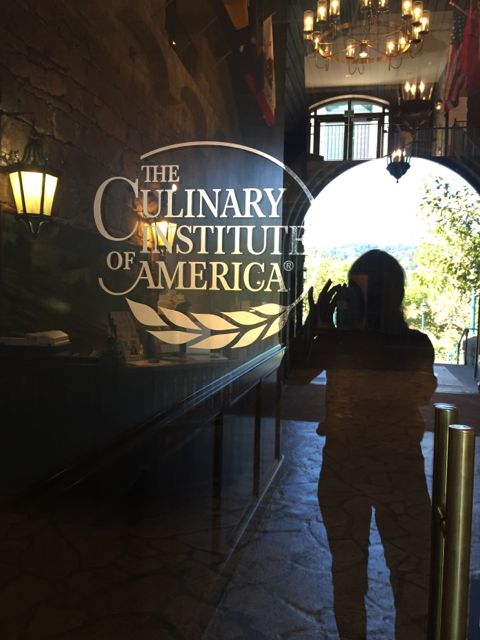 Don't forget - all comments entered to win a trip to the Fancy Food Show. Eat your way thru this culinary extravaganza and get interviewed on your favorite new trends. Winner announced Nov 27th. 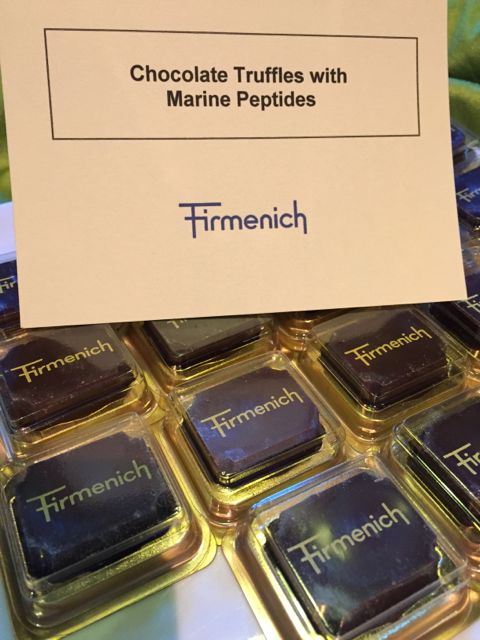 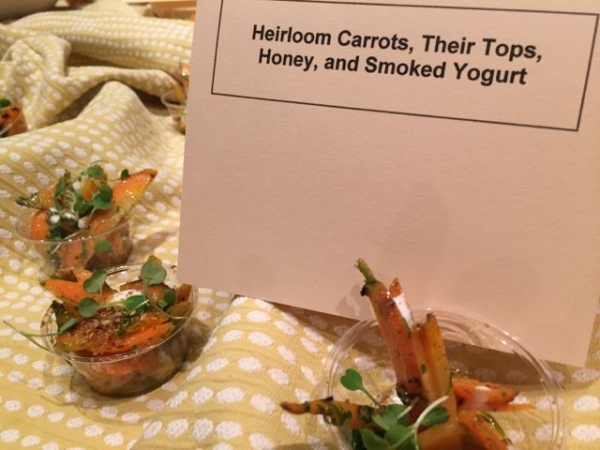