After more than a decade of serving seafood at Town & Country Village in Palo Alto, Scott's Seafood will close its doors for good on March 8.

Owner Steve Mayer said Tuesday that the restaurant, which occupies a massive corner of the shopping center along El Camino Real, hasn't managed to turn enough of a profit. With the loss of the original Scott's founder, Malcolm Stroud, and a general manager in recent years, Mayer was left handling much of the very expensive work.

"We're very loyal to the customers and I tried to make it work," Mayer said. "For us to make any money there, we needed to do $4 million in revenue and we just could not get there."

Mayer made it clear he wasn't pushed out by Town & Country: "I went to the landlord and asked them if they were interested in taking the space back," he said.

"The landlord is great," he added. "We had no issues there. It's been a good relationship."

They had spoken on and off in recent years about the possibility of opening a new restaurant in the space, Mayer said, which has now evolved into a plan to split the 8,500-square-foot, 300-seat restaurant into four retail spaces. 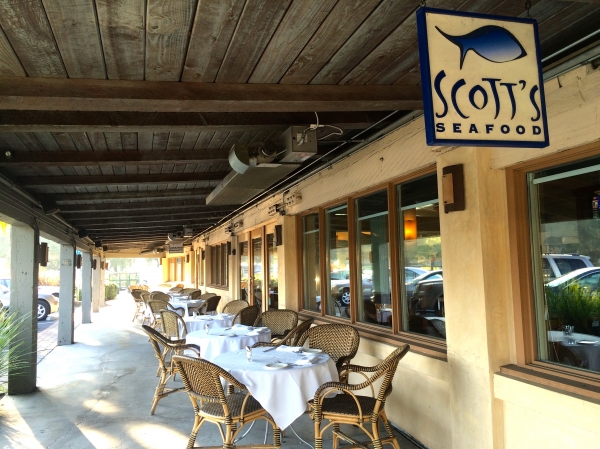 The first Scott's Seafood opened in 1976 in San Francisco, with locations later following in Palo Alto, Mountain View, Walnut Creek, Oakland and San Jose. Mayer said he thought the restaurant group was unable to make the jump to a younger generation of diners in Palo Alto.

"We just were never able to attract the young crowd," he said. "If you don't get that, it's just hard to make it."

Check out two reviews of Scott's Seafood Palo Alto, one from 1994 and another from 2004.