Gluten Free is a Joke

Ok, it's not a joke if you have celiac, an autoimmune disease that affects the small intestine, its ability to absorb nutrients effectively, and approximately 1% of the population. But for the rest of us, defining our diet by a type of flour is?well? missing the point in my humble opinion, no matter what grain it comes from.

Full disclosure, if I eat too much wheat, I too have digestive maladies too graphic to discuss at a Food Party! But I've cut down on commercially ground wheat and processed foods, and over time the bloating and other icky side effects have decreased. My digestion is much better.

For the majority of eaters, maybe the problem is not that we eat some wheat and the gluten (protein) that comes with it, it's that we eat way too much wheat/flour. Bagels, cereal, toast, sandwiches, pasta: I love them all. But when we make flour (sugar and meat) the center of our plate, as so many of us do, amour becomes problematic. Human bodies don't seem equipped to effectively digest this gooey mess. Love hurts. My prediction is not too long from now we'll see the same problems return to the stomachs of today's gluten-free groupies, if they are still overeating highly processed, floury, sugary foods; sans or avec gluten.

"Think of your stomach like a compost pile," some wise gardener once told me. "Eat 50% fruits and veggies and stir often (i.e. exercise). You should be able to digest effectively whatever else is added to the mix."

If you are still a gobbler of gluten however, come sin with the rest of us on Thursdays at the Portola Valley Farmers Market, and enjoy some of the best bread in our area. Portola Valley Breads and owner Phil Reilly continue to amaze shoppers with artisan masterpiece breads like Buckwheat with Figs and Walnuts, Quinoa-Kamut, and Spelt Corn, Asiago, Jalapeno Scones. Summer market hours have just extended 3PM ? 7PM.

But get there early. 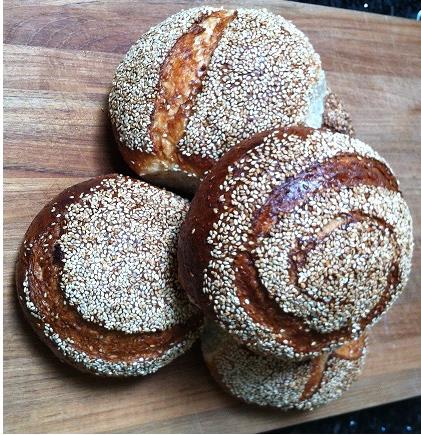 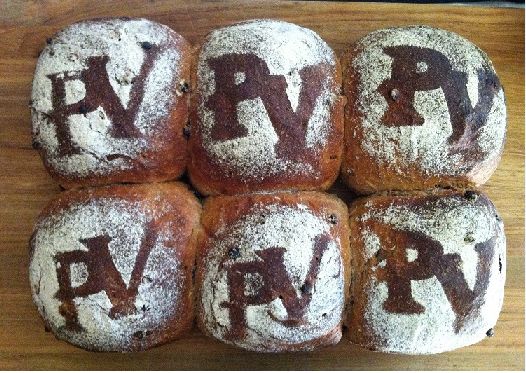 
This just in - another Bread Breaking event...

An all-day affair celebrating the iconic French baguette. FREE tastings and hands-on demonstrations with the hotel?s executive chef Alejandro as well as a chance to win a number of hotel prize giveaways. This event is FREE and open to the public.