Borrone MarketBar, which opened next-door to Cafe Borrone in 2014, suddenly closed last June. Co-owner Marina Borrone, who opened MarketBar with her husband and executive chef Josh Pebbles, said in December that it had closed due to a family illness. 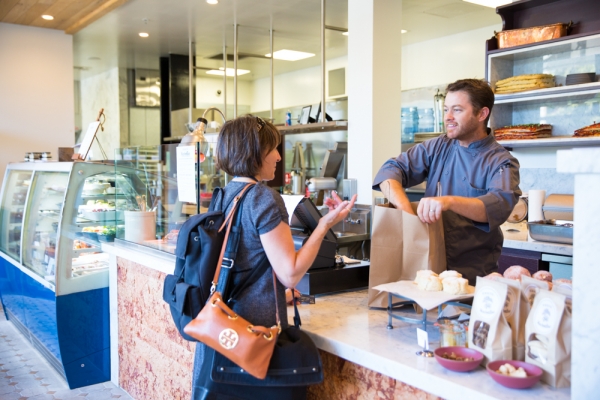 MarketBar chef and co-owner Josh Pebbles helps a customer with a to-go order in 2014. Photo by Natalia Nazarova/Palo Alto Weekly. 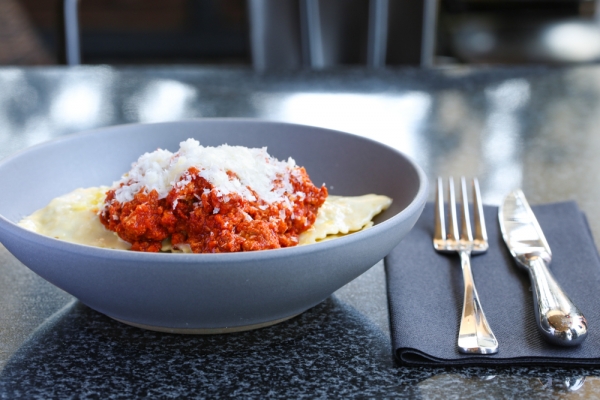 The restaurant is reviving the same concept this weekend. There will be four kinds of organic focaccia, a range of pastas and sauces, as well as rotisserie meats, seafood, sides and desserts for sale today, Friday, until 6 p.m. and Saturday from 11 a.m. to 5 p.m.

View the pop-up's full offerings on Borrone MarketBar's Facebook page, or below: 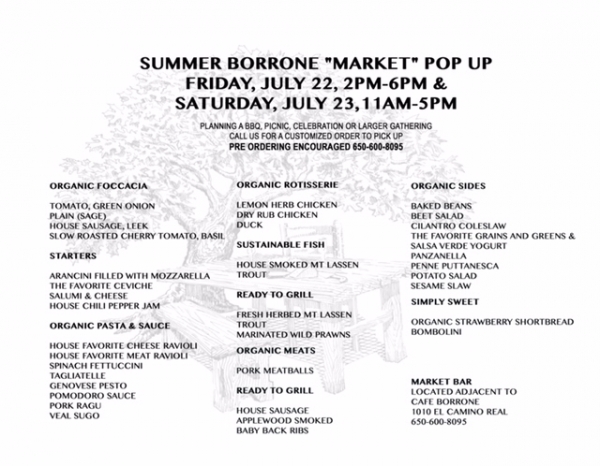