The owners of Palo Alto's La Bodeguita del Medio have been playing host the past week to Dennis Hernandez, a Cuban chef visiting the United States for the first time. He’ll be in the kitchen this week, cooking up special dishes for a "Havana pop-up" at the California Avenue restaurant Thursday through Saturday.

La Bodeguita co-owner Michael Ekwall met Hernandez on a trip to Cuba last year. Ekwall was part of a group of American restaurant owners and chefs who traveled there to bring supplies to local privately owned restaurants, called paladares. The family-run restaurants, opened in chefs’ own homes and initially limited to only 20 diners, have become an increasingly popular alternative to lower-quality state-run restaurants, but rely on visitors to bring in many ingredients and even cooking tools that aren’t available on the island. (Read more about paladares in this New York Times article.)

Ekwall said he and others brought "everything we could," from vegetable peelers, knives and immersion blenders to wine openers, thermometers, bilingual hand-washing instructions and hard-to-find spices and salts.

Hernandez, who cooks at two popular paladares in Cuba, had applied to visit the United States before and was rejected on at least two occasions, Ekwall said. But with recent changes in U.S.-Cuba relations, when Ekwall submitted an invitation for Hernandez to work on a temporary basis in his Palo Alto restaurant, he received permission within a week. 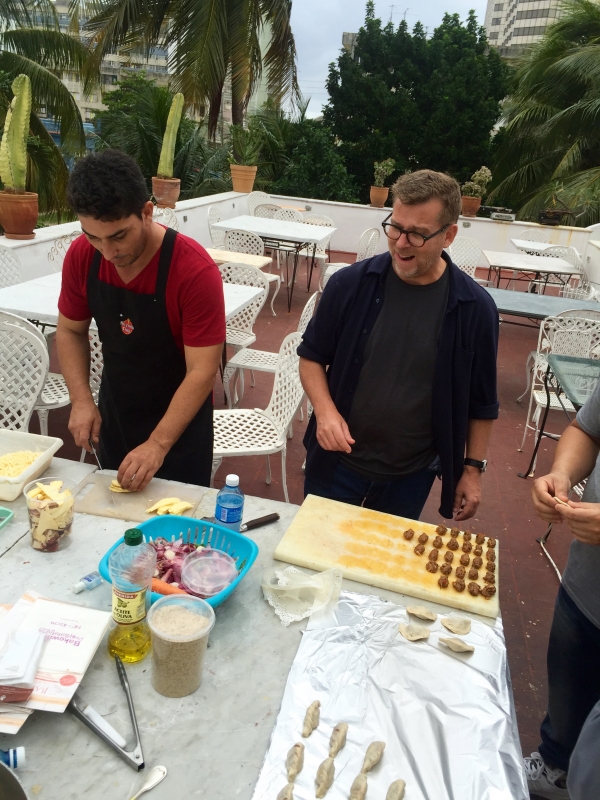 Hernandez arrived in Palo Alto on Sunday, July 17, and spent part of his first week on American soil traveling with the Ekwalls around Northern California (they planned to take him to Tahoe, Sonoma, Carmel, Monterey and Pescadero).

And what does Hernandez think of Palo Alto? It’s "very beautiful" — and "very cold," he said in Spanish.

Hernandez started his career cooking in hotels in Havana, then followed one of his culinary-school teachers to open a paladar, Ivan y Justo, in 2013, he said in an interview. He stayed on for a second one, Al Carbon, which they opened next-door to Ivan y Justo in September. At Al Carbon, everything is cooked over a wood-fired grill. 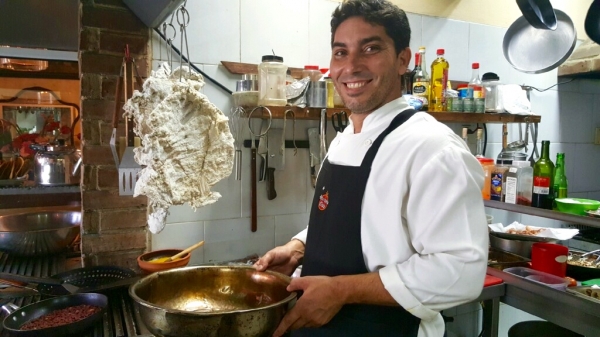 Both restaurants draw on produce from Alamar, a 25-acre organic, sustainable farm owned by Hernandez’s wife and father-in-law (the farm’s founder). (The farm also grows the mint that the original La Bodeguita in Havana uses to make its famous mojitos.) Alamar, located in a public housing project outside of Havana, is also a cooperative: Its more than 160 employees share the farm’s profits and have a “say in the running of the farm,” Alamar’s website reads.

This week, Hernandez will be in La Bodeguita’s kitchen, working with the staff and cooking up dishes he makes at the paladares in Cuba. Next, he’ll travel to restaurants in Philadelphia and Kentucky.

Visit the 463 California Ave. restaurant this Thursday, July 28, through Saturday, July 30, in the evenings for special dishes that will feature ingredients common in Cuba, from rabbit and suckling pig to octopus. Reservations are "strongly recommended," Ekwall said, and can be made online or by calling the restaurant at 650-326-7762. 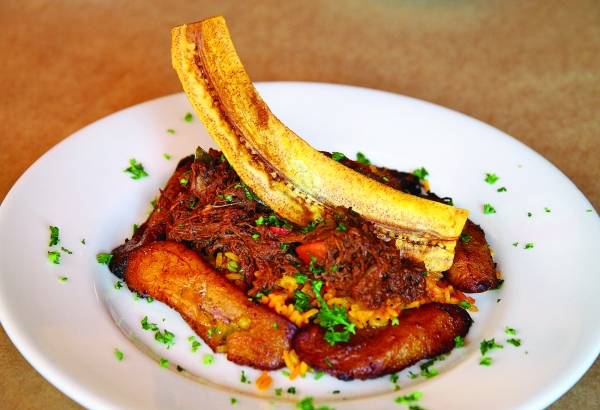