It’s cold around here. While our friends and family back east suffer record heat and drought, I turned on the heat tonight.

I get all unseasonally-snuggly cuz it’s cold, and open a nice, red O.P.C from Buoncristiani; gift from a good friend. And the label reminds me…. wait a minute - I got a dinner invite last night from a guy who’s going to open some original, 1979 & 1980 bottles of Opus One.

Can YOU say Food Party!?

“In the crazy days before I was married…” that’s how our conversation starts.

The next part of this wild story, about how he gets the wine, has to wait because, well, it just has to wait for right now, but then I ask, 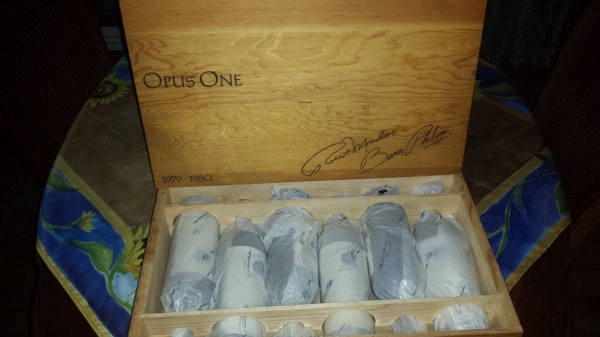 - photo by the guy

In 1981 a single case wine sold for $24,000 at the Napa Valley Wine Auction – the highest price ever paid for a California wine.

In 1982 Robert Mondavi and Baron Philippe de Rothschild designed the label. The partners agreed to a name of Latin origin, easily recognized in English or French. Philippe chose, “Opus,” a musical expression denoting the first masterwork of a composer. Two days later he proposed an additional word: “Opus One”.

The 1979 and 1980 vintages were simultaneously unveiled in 1984 as Opus One’s first release. Opus One then became known as America’s first ultra-premium wine, establishing a category of wine priced by the bottle at $50 and above.


My guess… the wine got all a’buzz because it was the early collaboration of wine behemoths, like Bono singing with Bennet. The wine sold for a lot, not because it was so great, but because a rich friend supported the cause. But that price set brand identity, and it lives as legend ever since.

But is it a Cabernet? 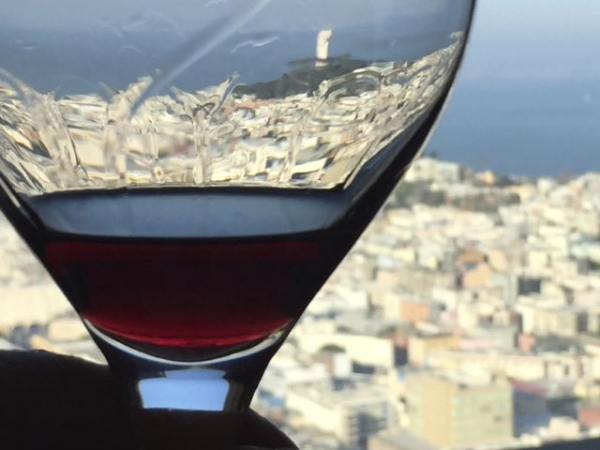 And what if it IS so great?