Sweetgreen will open at 440 Castro St. The restaurant took over half of a space most recently occupied by Mixx, which closed in 2015.

At Sweetgreen, customers can take their pick from signature salads, seasonal combinations or create their own. (View the current Bay Area menu here.) 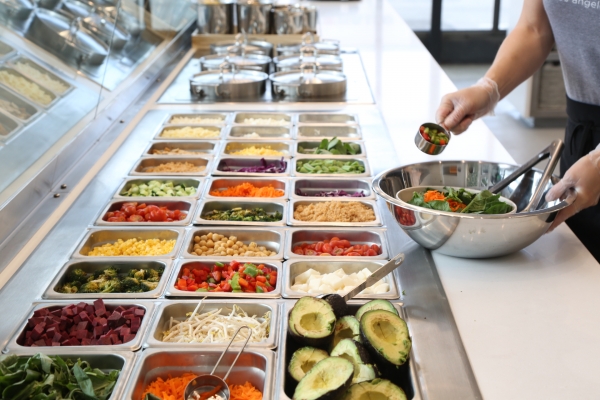 Because the company views itself as a "critical link between growers and consumers" with a "responsibility to protect the future of real food," Sweetgreen sources its ingredients from local small and mid-sized farms and companies, its website states. Each location has a large blackboard that lists individual ingredients and the specific farm they came from.

Sweetgreen also makes an effort to support the communities it operates in, including by donating opening-day proceeds for new locations to local organizations. For Mountain View, proceeds will go to East Palo Alto nonprofit Collective Roots, which supports local gardens, farmers markets and other healthy eating efforts. The nonprofit's "ethos of cultivating a healthier, stronger, more connected community aligns with that of Sweetgreen's," the company said.

This will be the ninth California location for the East Coast-born Sweetgreen, following a Palo Alto outpost that opened last May. The company was founded in Washington, D.C. in 2007, and now operates more than 60 locations across the United States.