The restaurant announced the opening on Thursday. Nobu is the new ground-floor restaurant at The Epiphany Hotel at 180 Hamilton Ave., replacing Lure + Till, which closed in January. 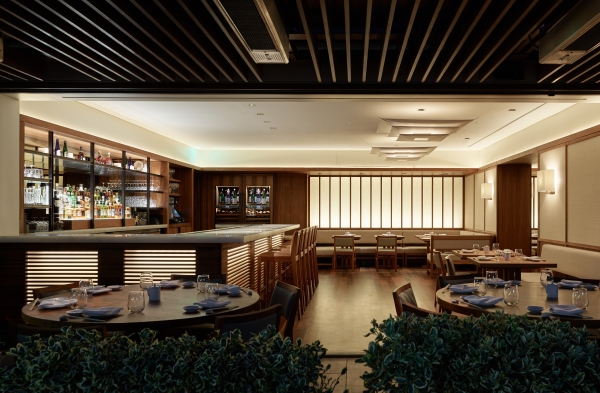 Nobu remodeled the bar and dining area at 180 Hamilton Ave. after Lure + Till closed in January. Photo by Kevin Scott/courtesy Nobu.

Owner-namesake Nobu Matsuhisa said in a press release that "customers have been asking for a Nobu in the Bay Area for years.

"When this space became available, we were really excited because it is very intimate and allows us to create a special experience for our Palo Alto guests," he said.

The high-end restaurant's arrival in Palo Alto is the result of the Epiphany Hotel changing hands in 2015, when Oracle founder Larry Ellison purchased the hotel. Ellison had previously partnered with Matsuhisa to build a hotel on the Pacific Coast Highway in Malibu.

The new outpost will serve signature Nobu dishes like yellowtail sashimi with jalapeño and black cod with miso as well as "locally inspired" dishes and cocktails exclusive to Palo Alto. Nobu will be open daily for breakfast, lunch and dinner as well as "meeting hours" in between, the release states. Look out for Nobu's elevated take on steak and eggs for breakfast — made with 48-hour braised short rib —and "California-inspired" dishes at lunch and dinner like lobster ceviche. 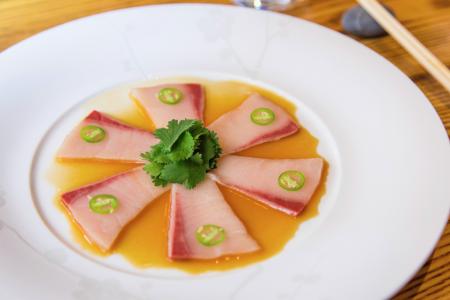 Epiphany Hotel guests will be able to order from Nobu for room service.

Nobu, which was founded by partners Matsuhisa, actor Robert De Niro and film producer Meir Teper, operates more than 30 restaurants across the globe.

Nobu Palo Alto is open daily for breakfast from 7-11 a.m. and for lunch from 11 a.m. to 3 p.m.; select seating will be available in the bar and lounge from 3-6 p.m. Dinner starts daily at 6 p.m. with the last seating at 10 p.m. on Sunday through Thursday and 11 p.m. on Friday and Saturday.