Redwood City Italian eatery Vesta is the only Midpeninsula restaurant that retained its status in the Michelin guide's latest Bay Area Bib Gourmand list, which honors places that serve high-quality food at an affordable price. 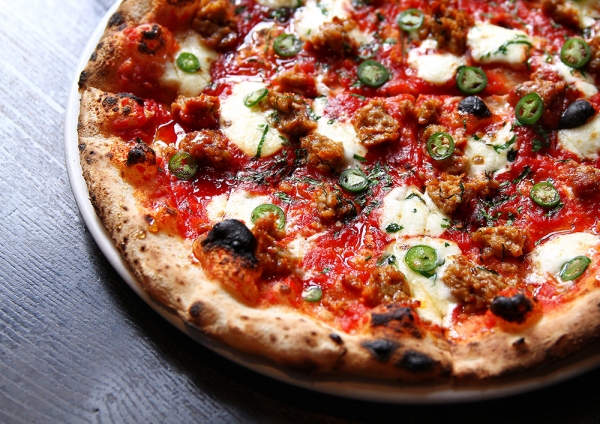 The sausage and honey pizza at Vesta in Redwood City. Photo by Veronica Weber/Palo Alto Weekly.

The 2018 list, released Thursday, only includes four new restaurants in Oakland, San Mateo, Marin and Millbrae. A total of 67 restaurants are highlighted throughout the Bay Area.

Vesta -- operated by Peter and Courtney Borrone, son and daughter-in-law of the owners of Menlo Park's Cafe Borrone -- opened on Broadway Street in 2012. It has been a Bib Gourmand restaurant for several years in a row.

Read more about Vesta in this 2016 review: Fired up

The 2018 Michelin star selections for the Bay Area will be announced next, on Oct. 12. Bib Gourmand restaurants are not eligible to receive stars.