A new chef is at the helm at Nobu in Palo Alto: Marlowe Lawenko, who has cooked at four of the high-end restaurant group's other locations. 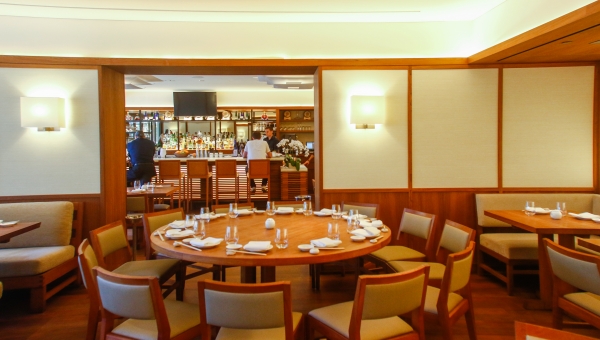 The view into the bar from the main dining room of Nobu, which opened in downtown Palo Alto in 2017. Photo by Veronica Weber.

Both are longtime Nobu employees. Lawenko's first job after graduating from the Culinary Institute of America in 2001 was as a line cook at Nobu New York, according to a press release. He became senior sous chef there in 2013 and later worked at Nobu Waikiki. He was also part of the opening team for Nobu Manila and became executive chef at Nobu Lana’i.

Lawenko is "looking forward to introducing a new audience to Nobu’s signature dishes, while introducing some menu elements unique to the Silicon Valley destination," the company said in the press release. 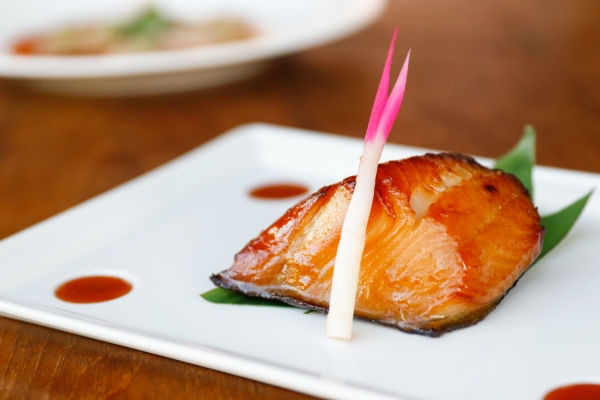 Nobu's classic roasted black cod is said to be marinated for two days in sake and miso. Photo by Veronica Weber.

John Laverde, who has worked with the restaurant group for 16 years, is now the Palo Alto restaurant's general manager. He was most recently general manager at Nobu's Las Vegas outpost. Laverde is also a level 1 certified sommelier.

The personnel changes come four months after a scathing review in the San Francisco Chronicle that slammed Nobu's food and service quality.

Several weeks after opening, Nobu Hospitality announced that it would take over management of The Epiphany and rebrand as the Nobu Hotel Epiphany. Oracle founder Larry Ellison still owns the 83-room boutique hotel.

Nobu has also submitted plans to the City of Palo Alto to demolish a space around the corner at 620 Emerson St. and build a two-story, 4,240-square-foot restaurant there. The city planner for the project, Samuel Gutierrez, said that Nobu has proposed to connect the existing ground-floor restaurant to the Emerson Street space.