Coffeebar to expand to Redwood City

Less than a year after opening in downtown Menlo Park, the popular Tahoe-born Coffeebar is planning another Peninsula location in Redwood City. 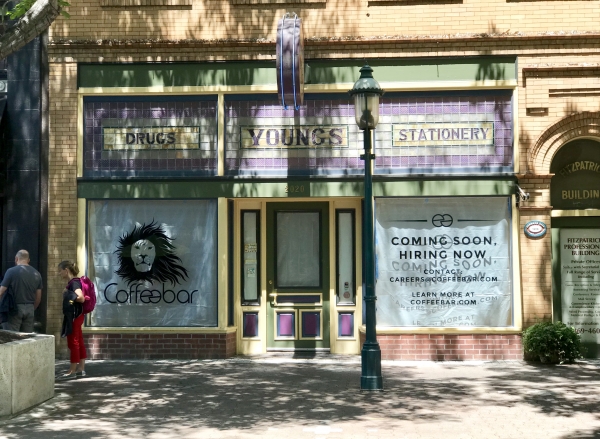 The future home of Coffeebar on Broadway Street in Redwood City. Photo by Elena Kadvany.

Buccheister opened his first location outside of Tahoe in January at 1149 Chestnut St. in Menlo Park. A coffee industry veteran, he now runs five Coffeebars, including in Truckee, Squaw Valley and Reno, Nevada.

The Redwood City location fell in Buccheister’s lap. He said the landlord approached him as he was opening in Menlo Park and asked if he would be interested in taking it over after Young’s closed. He decided that "two is better than one" in terms of building infrastructure, staff and bandwidth in a new region.

He was also drawn to downtown Redwood City as a neighborhood with a strong sense of community, night life and "bustling coffee culture." There are already at least five coffee spots on Broadway and in the surrounding blocks.

The Redwood City Coffeebar will have a similar menu to Menlo Park, with coffee, espresso, tea, pastries and food, though it won't be a carbon copy.

"For the most part it's going to be its own location of what Redwood City wants, not necessarily what Menlo has that we're trying duplicate there," Buccheister said.

The new Coffeebar will also serve beer, wine and small plates in the evening, as the Menlo Park cafe recently started doing. (Menlo Park also recently started serving Coffeebar's own custom house wine, a Sangiovese made for the cafe by a family-run vineyard in Tuscany.)

Buccheister envisions Coffeebar as an all-day concept that in the evenings becomes a place people can stop in for a drink or a snack pre- or post-dinner. He hopes to collaborate with at least one of his Redwood City neighbors, Italian restaurant Vesta, on the food menu.

He hopes to be open by December.