From a Thai street food pop-up to a St. Patrick's Day beer walk, there are ample food-related goings on to look forward to on the Peninsula in the coming weeks. Fill your calendar from the non-exhaustive list below, and please feel free to share any other worthwhile events in the comments section. 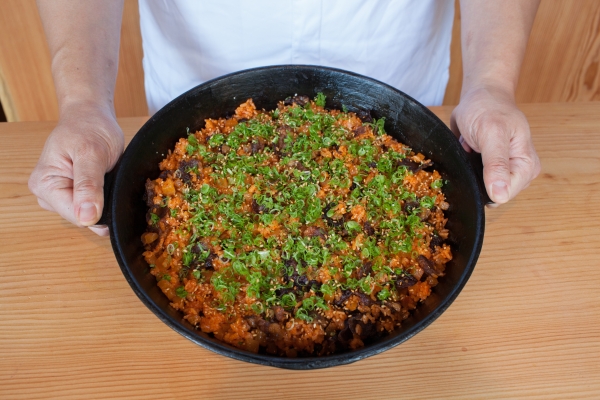 Radish brisket rice at Maum, which is hosting a series of special dinners with visiting chefs this spring. Photo courtesy Quoted PR.

Starting this week, the co-chefs of Palo Alto Korean restaurant Maum are inviting other chefs into their kitchen to collaborate with on a series of special dinners. The first dinner on Wednesday, Feb. 27, features chef Marc Zimmerman, who is opening Ittoryu Gozu in San Francisco later this year. Ittoryu Gozu focuses on wagyu beef and robata-style cooking, so a collaborative menu will highlight rare cuts of Japanese A5 wagyu beef, with dishes alternating from him and Maum co-chefs Michael and Meihcih Kim. An April 9 dinner will feature chefs Chris Kajioka and Anthony Rush from Senia in Honolulu and a June 26 event, chef Matthew Accarrino of San Francisco’s SPQR. The multi-course dinners are $275 per person and there is limited seating.
Maum, 322 University Ave., Palo Alto; maumpaloalto.com 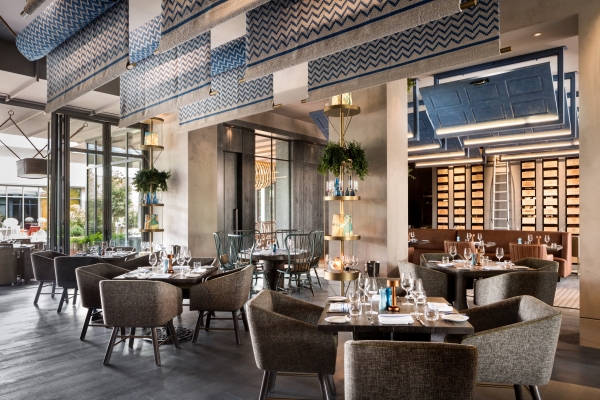 Cook alongside Michael Ridell, the chef de cuisine of Porta Blu in Menlo Park, in a series of classes starting in March, from how to make pasta and ricotta cheese to keto- and paleo-friendly foods. The classes ($25 per person) start on March 1 and run through April 26.
Porta Blu (inside the Hotel Nia), 200 Independence Drive, Menlo Park; portablurestaurant.com

The Taste of China Awards, an annual summit hosted by the Asia-Pacific Food Initiative, aims to share "food information and culture communication between China and the United States." The event will take place on March 3 from 9:30 a.m. to 7 p.m. at Devils Canyon Brewing Company, 935 Washington St., San Carlos. For more information, go to eventbrite.com. 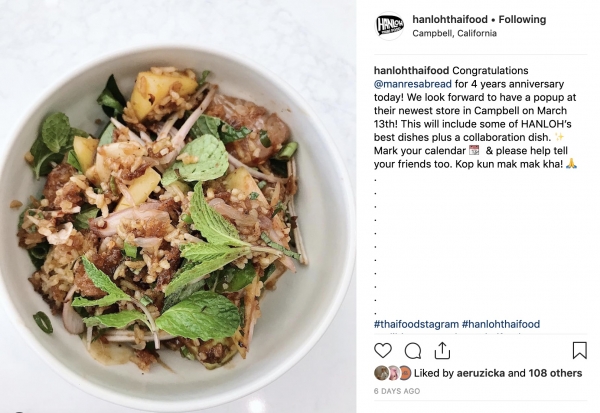 Hanloh, a Santa Cruz Thai street food pop-up, will be at Manresa Bread in Campbell on March 13 from noon to 8 p.m. Lalita Kaewsawang, a Thailand native who was a line cook at the Michelin-starred Manresa in Los Gatos for two years, started her pop-up in 2017. On March 13, she’ll be serving up lunch and dinner, including a crispy rice salad with mango and pork noodles, Thai-style beef jerky with sticky rice and fried chicken wings. She also teamed up with Manresa Bread head baker Avery Ruzicka and Campbell chef Karen Lujan to create two sandwiches -- coconut-marinated tofu or curry-sauced pork belly with pickled veggies on Manresa bread -- which will be available all of March. Look out for more monthly specials and pop-ups at Manresa Bread in the future.
Manresa Bread, 195 E. Campbell Ave., Campbell; hanloh.com, manresabread.com

Sign me up! Local herbalist and acupuncturist Anya Tyutyunik will lead this class at Hidden Villa in Los Altos Hills on March 16 from 1-4 p.m. She'll discuss cacao, the herbs that pair best with chocolate and their medicinal properties. Participants will create flavors to try and bring home. The class costs $45. For more information, go to hiddenvilla.org.
Hidden Villa, 26870 Moody Road, Los Altos Hills; hiddenvilla.org

Celebrate St. Patrick’s Day with a beer in hand while strolling through Main Street in downtown Los Altos at the city's St. Paddy's Beer Stroll on March 15 from 6-9 p.m. Several local breweries will be participating, though they have not yet been announced. Tickets cost $35 in advance and $40 on the day of. For more information and to buy tickets, go to eventbrite.com.

Bake with Marisa Churchill
Marisa Churchill, a longtime pastry chef, cookbook author and Top Chef competitor, is launching a series of local baking classes starting on March 24. The first class will focus on baking cupcakes and a Greek custard pie and be held at Babka by Ayelet in Palo Alto. $70 per person. For more information, contact Churchill directly at [email protected]

Oyster Fête at Left Bank
All three of the Bay Area's Left Bank Brasseries, including in downtown Menlo Park, will host Oyster Fête on Monday, March 25 and through Sunday, March 31. Slurp down $1 oysters on the half shell and pop 50-percent discounted champagne bottles during happy hour (3-6:30 p.m. and 9 p.m. to close). On March 31, oysters on the half shell will be available at $1 each all day until the restaurants run out.
Left Bank Brasserie, 635 Santa Cruz Ave., Menlo Park; leftbank.com

BBQ and bourbon dinner
Head to QBB in downtown Mountain View for a five-course barbecue dinner with bourbon pairings on March 27, 6:15-9 p.m. Will Schragis of Kentucky-based Barrell Craft Spirits, whose bourbons will be featured, will guide participants through the dinner. Tickets cost $105.
QBB, 216 Castro St., Mountain View; eatqbb.com

Bacon and Beer Classic
Like peanut butter and jelly. Sip on beer and nosh on bacon-inspired dishes from local restaurants at this festival in San Jose's Avaya Stadium on April 13. Tickets (from $65-$115) get you unlimited access to more than 100 craft beers and more than 30 bacon dishes, plus live music, games and a bacon eating contest. For more information and to buy tickets, go to baconandbeerclassic.com.

Oak + Violet cocktail class
Menlo Park's Oak + Violet is launching a monthly cocktail class series, starting on April 13. Each class will have its own focus, such as proper ratios and using seasonal ingredients in drinks. Participants will vote to choose the class' best cocktail, which will be featured as the "guest-created cocktail" for the entire month at Oak + Violet. $65 per person. For more information and to purchase tickets, go to eventbrite.com.
Oak + Violet, 1400 El Camino Real, Menlo Park; parkjames.com/oak-and-violet