You can now get your morning coffee fix at The Willows Market in Menlo Park, where a new small-batch coffee bar has launched. 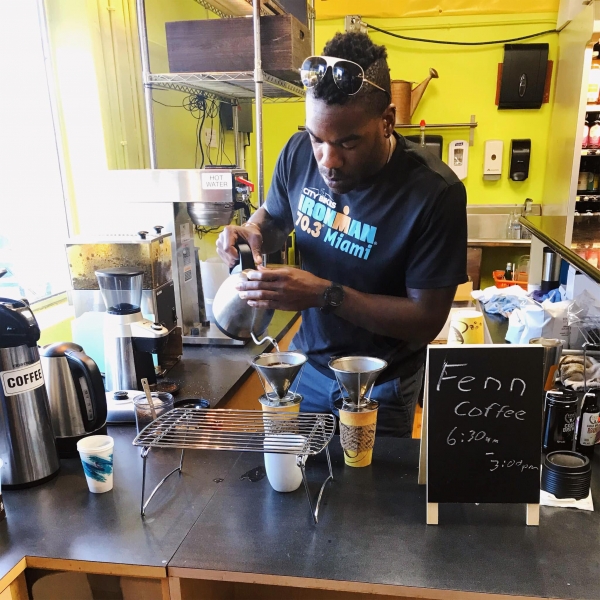 The new coffee bar, located inside the 60 Middlefield Road market, serves espresso, lattes, cold brew and like from 6:30 a.m. to 2 p.m. As an endurance athlete, Fennel is partial to the cold-brew double espresso shot, which he said he drinks for fuel on hours-long bike rides. The cold brew is steeped for about 24 hours, Fennel said. (A bottled version, as well as Fenn Coffee beans, are also sold at several local grocery stores.)

The small coffee bar is a stepping stone toward Fennell's long-term goal of opening a brick-and-mortar cafe, ideally in downtown Palo Alto. He envisions a space that would be a cafe by day and serve dinner and drinks by night.

Fennell grew up on the East Coast and started working at a coffee shop when he was 20 years old, he told The Six Fifty in an interview.

"I was part of the 'counter culture,'" there, he said, "and I was able to learn a lot about really good coffee."

Fennell now lives in Menlo Park and is training for the upcoming pro-triathlon season . He was featured in The New York Times in 2017 as the only African-American professional triathlete.